The tragic night -and fight – that changed the face of boxing

We were in the BoxNation studio in London watching a re-run of the Thrilla in Manila for the “A Fight to Remember” series and as the 14th round, three minutes of unremitting savagery, reached its bloody, bone-juddering conclusion, with a half-blinded Joe Frazier led back to his corner by referee Carlos Padilla, one of the camera crew asked:”Was it after this that they cut world championship fights to twelve rounds?”
Actually it wasn’t. But maybe it should have been.

It certainly would have saved Muhammad Ali a lot of anguish. For he fought six more 15 round contests after that before he finally retired in 1981, including one with Earnie Shavers whose jack-hammer body punches in the last three rounds left Ali peeing blood for days and may well have taken a more damaging physical toll than those inflicted by Frazier during their third meeting in 1975. 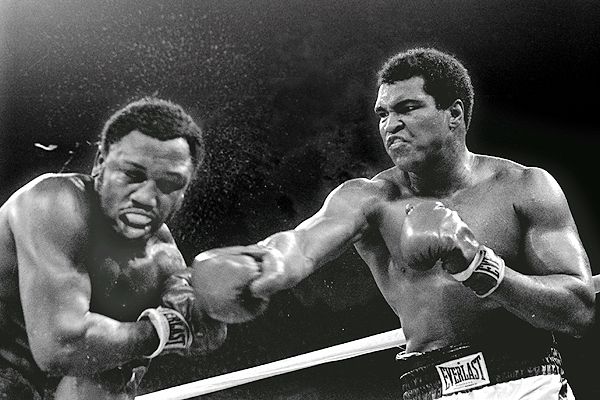 Ali had said that the torrid duel with Frazier on that Manila morning was “the closet thing to dyin’.” But, tragically, it took an actual, death to bring about the humane reduction in rounds for title fights some seven years later.

Ray ‘Boom Boom’ Mancini was defending his WBA lightweight title for the second time when he climbed through the ropes at Caesars Palace to face Korean challenger Duk-koo Kim in Las Vegas on the sunny afternoon of November 13th, 1982.

What happened in that fateful fight would change the future of boxing for ever. By the time it was over, Kim lay in a coma from which he would never awaken, dying five days later at the Desert Springs Hospital.

A distraught Mancini was never the same again. Neither was championship boxing, the WBC quickly deciding 15-round fights were too dangerous and cutting the limit to 12 on the personal instruction of president Jose Sulaiman.

The WBC was Sulaiman’s personal fiefdom, and its Mexican-Lebanese czar had many faults, but his concern for the safety of fighters was always paramount.

He was adamant: Rounds 13-15 had to be eliminated because medical evidence suggested that these were when exhaustion set in and the combatants were most in danger. Kim’s death brutally underlined this.

It was several more years before the WBA and IBF would follow suit but by the time the WBO was formed in 1988, 12 rounds were the norm.

Sadly, too, the fight became even more infamous for its tragic postscripts.

Kim’s mother and the American the referee Richard Greene both committed suicide months after the boxer’s death. Mancini himself suffered from depression and was never the same fighter again, though he continued to box until 1993.

During the 13th round of a fiercely-contested fight, Mancini, an Italian-American from Youngstown, Ohio, had unleashed a barrage of 39 straight punches. Somehow, a seemingly defenceless Kim survived the round but early in the 14th Mancini landed two big rights to Kim’s head and the Korean dropped to the canvas.

He beat the count of 10, but referee Greene stopped the fight, wrapping huis arms around the stricken Korean and whispering: “’No mas, Kim. No more.”

While Mancini’s entourage wildly celebrated in his corner, Kim slumped to the floor and later was carried out of the ring by stretcher and rushed to hospital.
The young Korean wasn’t the first boxer to die as a result of injuries suffered in the ring. Nor was he the last. But those who watched Kim battle Mancini for 14 rounds in the packed outdoor arena remember vividly a day that would cause a national debate over the very existence of boxing and ultimately bring change to the sport.

“It was a very tragic time,” said Sig Rogich, then chairman of the Nevada Athletic Commission. “Nobody knew how seriously hurt he was but he had taken quite a beating.

Upon his arrival at Desert Springs Hospital, Kim was given a CT scan revealing a subdural hematoma — a blood clot — on the right side of the brain.

Later it was reported that taped to the mirror in his room at Caesars were the prophetic words: “Kill or be killed.” In the end, that was Duk Koo Kim’s sad fate. He was 27.

Later Mancini was to reflect. “I’m very saddened, very saddened. Very sorry too that it had to happen. When you think about it, you know these things happen in our profession, but it hurts me bad to know I was part of it …

“I was on top of the world. I was just 21 years old and hadn’t reached my peak as a fighter.

“They told me I was to fight the Pan Pacific Asian champion and I knew it would be an action fight but I thought my strengh would overcome.

“His dressing room was next to mine and you could hear him screaming as he banged his fists against the wall. I thought: ‘I guess we are in for a tough one today.’

“Walking to the ring through the chants of ‘Boom,Boom’ you couldn’t help but feel the energy and get lifted.

“Certain fights you know when you are in control and some you just have to keep on fighting. This was one of those.

“In the 14th round I ran across the ring and I noticed he was coming off his stool slow, so I jumped on him.

“I caught him with a straight right hand right on the chin. When you see a guy go down you feel like Hercules.

“At the count of nine he held on to the ropes and pulled himself up. The referee stopped it and at the time it was one of the greatest moments of my career.

“I never knew the guy was carried off by a stretcher. I never saw that.

“Later in my hotel, room I was laying on my bed with an ice pack on one eye. My mother is weeping over me and I asked why.’ Mom, I won,’ I said. A few moments later my trainer came up and said ‘Ray, this boy Kim don’t look good. You’d better prepare yourself for the worst.

“I’m a hopeless optimist so I thought ‘No, he’s gonna come out ok’. We drove over to the hospital where they told me that he was bleeding from the brain and that eventually he would pass.”

Five days after that Kim died.

“I was heartbroken and depressed. I fought for righteous reasons, the right reasons, but there was nothing righteous about this.

“Kim’s son said for a long time he had a lot of animosity and hatred towards me so I thought it was important to meet him. We did so eventually and he said he finally wanted me to have peace. That time we had together was something I will always cherish.

“”What really tortured me that night was it could have been me. I was looking at my hands going, ‘I can’t believe I did that.’

A week before that fight in February 1983, Duk-koo’s mother, Sun-nyo Yang, took her life. She drank a bottle of pesticide, still consumed by grief over her son’s death.

By a chilling coincidence five months later the referee, Richard Greene, shot himself at his Las Vegas home aged 46, one of three Nevada-based referees who have committed suicide.

Mitch Halpern ended his life the same way 15 years ago at 33. Toby Gibson sat in his car with the engine running and garage door closed and took his life by way of carbon monoxide poisoning in November 2008. He was 61.

Three boxing referees from the same state –two of whom were involved in supervising fights in which one of the combatants died.

It was said that Greene blamed himself for allowing the Mancini-Kim fight to go on too long, and he had also been severely criticised for not stepping in as a hapless Muhammad Ali was belaboured by Larry Holmes at the same Caesars Palace venue in 1980, despite Holmes repeatedly beckoning him to do so before Ali’s corner retired him at the end of the tenth round.

Halpern had worked the fight in which Gabriel Ruelas delivered the punches that resulted in the death of Jimmy Garcia in 1995.

As for Mancini, he would never fight again with the same unbridled aggression he showed in the Kim fight, for which he earned $12 million, losing his title two years later to unheralded Livingston Bramble.

Mancini retired officially 30 years ago in August 1985 at the early age of 24. However, he returned to the ring to fight Héctor Camacho in 1989 and had one final fight in 1992, losing by tko to Greg Haugen.

Subsequently he appeared in and produced a handful of films, and became a fight analyst for the Fox reality series Celebrity Boxing. He now lives in Los Angeles and owns the El Campeon Cigar Company and operates two film production companies.

A made-for-television movie based on Mancini’s life was screened in the 1980s.

But no celluloid portrayal can ever recapture the awfulreality of that tragic night 33 years ago when boxing lost three championship rounds and a brave contender lost his life.