There’s no business like blow business where charisma clobbers clout 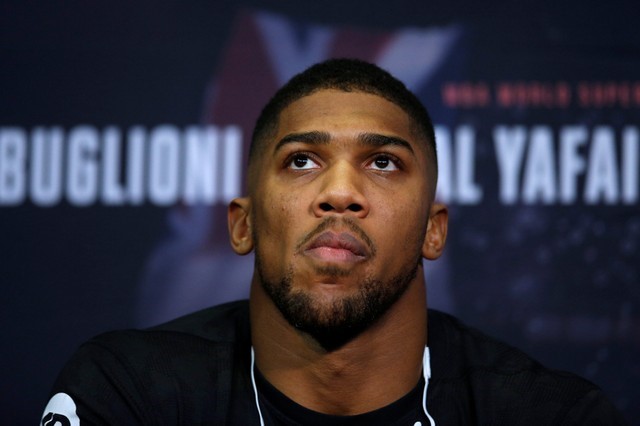 While I like and admire Anthony Joshua – both for what he is and what he does – I am afraid I cannot get over-excited about his upcoming world heavyweight title defence in Cardiff against Carlos Takam this Saturday night. Not at almost twenty quid a pop for the ppv.

It seems a bit of a liberty to me to charge such a tasty sum to see him formally dispose of a stand-in opponent on a relatively humdrum bill stuffed with fights some of which, on paper anyway, seem to lack a seriously competitive edge. But that’s blow business for you these days.

Of course you can’t blame Joshua. He has to fight whoever they put in front of him and in any case it isn’t his opponent those who tune or turn up will have come to see.
And whatever the outcome only a handful, the hard core fans who know the game, will complain that they have been short-changed if it is an Audley Harrison-like farce..

I doubt a fraction of the 80,000 sell-out crowd will have even heard of the 36-year-old Cameroon-born French citizen who was hastily summoned to replace the injured No 1 IBF contender Kubrat Pulev, himself not exactly a household name, either.

But at least the Bulgarian had a bit of spirit about him, having valiantly taken his lumps and gone down fighting again Wladimir Klitschko, whereas Takam’s most illustrious performance in a so-so career was 12 rounds of tedium in losing to Joseph Parker.

But surely the most curious aspect is that hardly anyone seems to care whether this is a mismatch or not. Curtain up chaps, it’s the latest episode of the A J Show.

As I have recalled here before, years ago tennis star Jimmy Connors remarked that they would sell out the Centre Court a Wimbledon with a couple of orangutans contesting the final.

It was thus with the Klitschkos in Germany and so it has become with first David Haye and now Big Josh. Charisma clobbers clout in the modern fight game.

Just look at the TV exposure and acres of newsprint accorded to Joshua in the build-up to what at best is a very average contest.

Double page spreads in broadsheets and tabloids alike. Virtually every TV channel has devoted in-depth documentaries to his life and times, all of which, if nothing else, assures his election as the forthcoming BBC Sports Personality of the Year.

No harm in that. It is about time boxing had an another look-in the annual poll.
It is a whole decade since the last boxing recipient, Joe Calzaghe in 2007, and in the 63 years since its inception 1954 less than a fistful of fighters have held aloft the

Now it seems Joshua is a shoo-in for 2017, unless Takam springs a Buster Douglas on him, and rightly so.

If personality is the key word then Joshua oozes it from every pore, beloved of mums and the masses who couldn’t tell a left hook from a meat hook.

There is now almost an Ali-like aura about him in terms of popular appeal which puts him a cut above this year’s other leading contenders, including Lewis Hamilton, Mo Farah and Chris Froome.

Annexing this particular prize will be good for him and even better for boxing.

But let’s not forget that the currrent boom the sport is enjoying is not down to him alone. The smaller fistic fry deserve their place in the sun, too.

Josh Warrington, that is, who so excelled in winning his IBF featherweght final eliminator by defeating Dennis Ceylan in some style in Leeds last weekend.

To wind and wound the hitherto undefeated Dane and thrust himself right into the world title picture was impressive. He is now the cusp of greatness.

Great things to come too from Zelfa Barrett, Jack Catterall and Lyon Woodstock, names who will figure prominently in 2018 alongside those of Anthony Yarde and Daniel Dubois.

Indeed, I venture to suggest that should heavyweight Dubois ever get the chance it detonate one of his gloved grenades on the chin of Big Josh in the foreseeable future (as apparently he has done in the gym) it will be curtains for the champ rather than another curtain up.

With James DeGale back in the fold alongside fellow IBF world champion Lee Selby at the Copper Box in December, and Billy Joe Saunders, Liam Smith and Liam Williams all flexing their muscles before Christmas, 2018 promises to be a very Happy New Year for all the Queensberry Men.

ANOTHER NAME TO conjure with in 2018 is Jordan ‘Troublesome’ Thompson, the big-hitting beanpole cruiserweight from Manchester now undefeated in eight bouts.

Both his parents were world karate champions and father Geoff was given a rare standing ovation when speaking at the recent Boxing Writers Club dinner.

In his role as role as chair of the Youth Charter for Sport Geoff brilliantly underscored the merits of boxing in keeping less privileged and potentially wayward kids on the straight and narrow.

At a time when so much of sport’s leadership is being exposed as ineffective, inefficient and worse, it is shameful that his obvious talents have been either ignored or overlooked for higher office.

The trouble with Troublesome’s dad is that he speaks his mind and those in power in sport cannot handle the truth.