Boxing now has a football team of British world champions – eleven in all after Tyson Fury’s impudent acquisition of Wladimir Klitschko’s heavyweight belts. 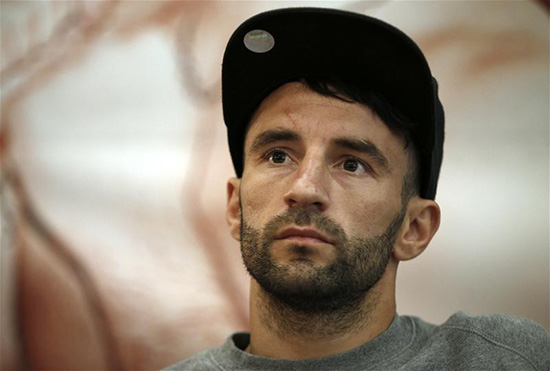 Why even the BBC, whose interest in boxing has been negligible since they were sucker-punched by Audley Harrison, have even been forced to acknowledge this stunning state of affairs by rushing to include Fury in their shortlist for Sports Personality of the Year – a rare honour for a boxer in recent years.

Intriguingly, Tyson has immediately shot up to third favourite in the betting at 4-1 behind Jess Ennis-Hill (6-5) and Andy Murray (9-2) – and well ahead of old SPOTY faithfuls including Lewis Hamilton and Mo Farah.

What’s more, boxing’s current success is an all-round achievement, with our amateurs – although as they can now earn a good few bob we should no longer use the term – enjoying their share of the glory, too.

It is a fantastic situation that no other sport can match, and has its foundation in the Lottery-funded GB set-up in Sheffield which began to blossom after Amir Khan’s solitary Olympic silver in Athens, via James DeGale’s gold in Beijing and those acquired by Anthony Joshua and Luke Campbell at London 2012.

Subsequently there have been bag-loads of medals at major international tournaments leading to the current production line of top talent now burgeoning among the pros.

But to be honest, with all due respect to Lee Haskins, he is a tad fortunate to be included in that Magnificent Eleven. I’m of the old school that believes titles should be won and lost in the ring, not on the scales.

Of course, it was quite unacceptable that a champion like Randy Caballero should come in hugely overweight for their scheduled IBF world bantamweight title fight in Las Vegas last month.

Whatever happened to check weights? Five and a half pounds over? That’s absolutely ridiculous. Haskins was absolutely right in refusing to go through with a catchweight contest. Why should he? He trained to fight at a championship limit.

So why give his opponent an unfair advantage for an extra $50,000 or so? I think he was up against it anyway without giving weight away.

We’ve seen a few title fights which have ended early and perhaps controversially because of injuries – Terry Flanagan’s acquisition of the WBO belt was one of them – but at least there was a fight and he had a right to claim the title.

But good luck to Lee anyway. I don’t blame him for accepting the belt. It was an offer he simply couldn’t refuse, but whether it should have been made is another matter.

I know it has happened before – Riddick Bowe famously tossing his belt into a trash bin in 1992 rather than face Lennox Lewis, with Lewis then being declared by the WBC as first British 20th century world heavyweight champion. But to be honest, it’s not right.

It seems to me that some fighters or managers don’t give a damn about their weight, whatever it says in the contract. Fights are made at certain weights for a reason – mainly medical.

Nathan Cleverly and Enzo Maccarinelli, to name a couple, both won WBO interim titles in the ring before going on to full titles. So let’s stick to the old-fashioned rules and way of doing things, and insist that a boxer becomes a world champion only when his hand is raised in the ring, and not simply handed a belt to take home in a box without a punch being thrown, a champion on paper only.