Time now for Khan to stop jawing and start warring

It’s make your mind up time for Amir Khan. After such a long spell of inactivity he has to decide which yellow brick road is going to follow. 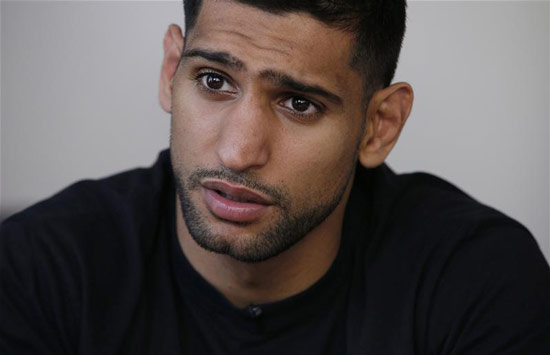 Actually, whichever one he eventually takes, there’ll be the proverbial pot of gold at the end it in the form of a world title fight.

Will he use his mandatory position to challenge for the belt one of his old nemesis Danny Garcia acquired with his defeat of Robert Guerrero last weekend or finally come to terms for a domestic blockbuster with Kell Brook.

That’s providing, of course, Brook keeps the IBF title he must defend against Canadian Kevin Bizier in March. Not that this should be too much of a sweat,judging by Bizier’s so-called pedigree, which includes a loss to Jo Jo Dan, the no-hoper Brook himself summarily dismissed.

I agree that Amir brings more to the table than Brook, but he has to be realistic about the split of the purse. You can’t grab everything. If he doesn’t want to do it then he has the other option – so move on and do that.

Either way he needs to get things sorted soon because, believe me, sometimes it is just too difficult for promoters to make a fight.

Fighting Garcia looks an attractive option because if Khan grabs that WBC belt it would a valuable bargaining chip for that a unification showdown with Brook.

BoxNation viewers probably will agree with me at Garcia deservedly won the fight against Guerrero, as ever a game old warhorse, but he did not look quite as punch-powerful in the lower division when he kyboshed Khan.

If Khan does decide to go ahead and try to avenge that defeat by Garcia it must take place by June – though Garcia and his ever-voluble dad say he doesn’t want the fight. But he’ll have to take it under WBC regulations or lose the belt. I doubt he’ll really want to do that.

I can sympathise with Khan being messed around by Floyd Mayweather jnr and then Manny Pacquiao but he’s got to stop whining and start winning again.

He was at ringside in Brookyn and gave Mayweather the verbals for dodging him, and before that that there was his online rant mocking Brook.

But talk is cheap and Amir really must start speaking through his fists again pretty soon. 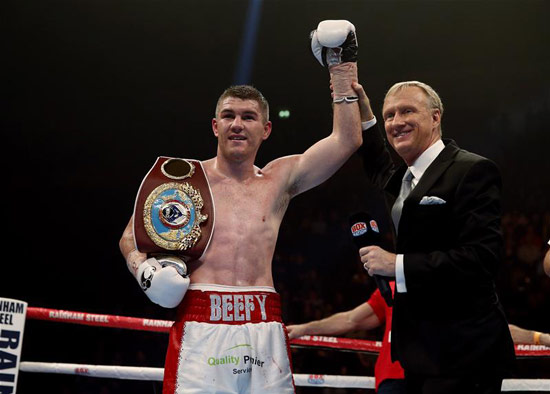 If he is looking for a fight in a month or two, my offer for him to meet Liam Smith, at catchweight if he likes, is still on the table.

I am surprised he has been so inactive since signing with Al Haymon who likes to keep his fighters busy on his Premier Boxing Champions series.

My problem with him is that he simply doesn’t fight as often as he should. Judging by his last fight when he performed somewhat indifferently against Chris Algieri, who really wasn’t that good, he might struggle against Garcia.

Having said that, you can never write Amir off because he always has fire in his belly and quicksilver in his fists. But will there now be lead in his legs?

The trouble is, being out for so long – that Algieri fight was some eight months ago – can take a toll on your speed and reflexes. It is not like he is some lumbering heavyweight who can get it together for a big pay day once a year. I’m sure he’s in shape, but there will be rust around the edges and that needs to be shaken off, in my view, before he meets either Garcia or Brook. He needs a fight in March at the latest.

I know fighters like huge pay days for one big fight, that’s understandable. However, there is an argument that over a year you could take, say two or three fights and earn just as much, or even more, than for one biggie. Also it keeps you match fit because you are keeping active.

There are a lot of fighters who spend a considerable time out of the ring and when they eventually get the gloves on again there is a bit of self doubt about them. I just hope that doesn’t happen to Khan.

The name of King Khan used to be on every fight fan’s lips but if he doesn’t start making a fist of it soon he will be in danger of becoming boxing’s forgotten man.

In Frank’s Scrapbook tomorrow: Just what is Golovkin’s game?