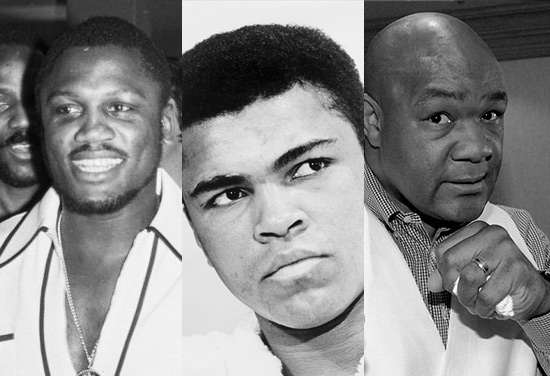 I had a call last week from Ring Magazine seeking a view on the current world heavyweight situation. They asked if we are approaching a new golden era of heavies similar to that of 30-40 years ago when Muhammad Ali, Joe Frazier, George Foreman, Ken Norton, and later on Mike Tyson and Larry Holmes were belting bits off each other – and the best of the rest.

Good question. My response is that if the current scenario is to be regarded as golden era, then the days when the aforementioned dominated the division surely has to be a platinum one.

World champions Anthony Joshua, Deontay Wilder, Joseph Parker and the returning Tyson Fury may comprise the best crop of big men the world has seen for some years but, even if you figure in the now retired Klitschko brothers for good measure, I do not believe that any of them would have beaten any of those of the old brigade with both groups at their peak.

Today’s heavyweights may be bigger, but not better.

You may think this is simply the nostalgic rambling of a rheumy-eyed old codger living in the past but I really do not believe that today’s top heavyweights, talented as they may be, are superior in skills or punching power to the half dozen I have named from the original golden era.

To my mind Fury is the best around at the moment even though he hasn’t fought for over two years. But those class acts of the seventies and eighties would have worked him out over 12 rounds, while I seriously doubt Joshua, Wilder or Parker would have gone the distance with any of them.

In young Daniel Dubois we may have discovered a real nugget which, when honed and polished could prove to be British boxing’s prize bullion.

And they may well have struggled against some of the other heavy-handed old-timers such Earnie Shavers, Ron Lyle, Sonny Liston, Jerry Quarry and Floyd Patterson.

Stepping out of the seventies/eighties bracket how would today’s finest fare against, say Lennox Lewis, Riddick Bowe or Evander Holyfield?

Not too well, I think, with the possible exception of the Fury who teased and tamed Wladimir Klitschko. 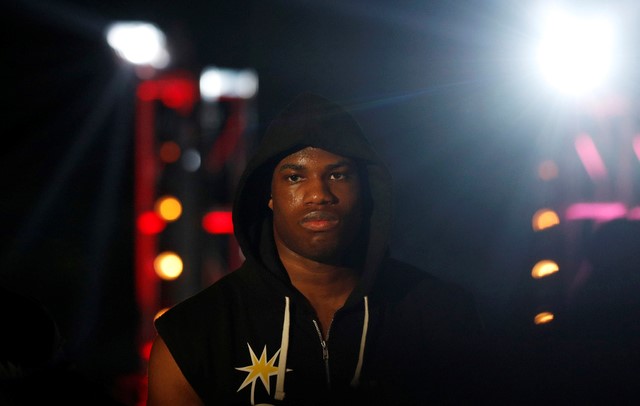 So my conclusion is that we haven’t quite unearthed another golden era  with the modern day heavy mob; however the best may yet be to come, as in young Daniel Dubois we may have discovered  a real nugget which, when honed and polished could prove to be British boxing’s prize bullion.

WHAT A SHAME that after such a distinguished career Amir Khan should descend into an obviously staged pre-fight bad-mouthing and mud-slinging – although it happened to be water he hurled in the direction of his comeback fight opponent, one Phil do Greco, a Canadian of rather moderate pedigree, at a press conference to publicise their fight.

Come on Amir, you’re better than that.

No doubt there will be some token finger-wagging from the Board of Control over a phoney fracas clearly designed to sell tickets and get some media coverage for the April 21 bout in Liverpool.

When I heard that 31-year-old Amir was fighting a man named Greco I thought they had exhumed Buddy Greco, an old warbler and musician, who died a year ago aged 90.

Especially as they certainly seemed to be looking for a ‘body’ for Khan’s first fight in almost two years since he was poleaxed by Canelo Alvarez.

Mind you, they might have suggested another Greco, the famous 16th century Greek artist named El Greco, who would certainly have put Khan on the canvas.

I AGREE TOTALLY with Frank Warren that boxing should not get rid of ring card girls following the daft decision by darts and Formula 1 to axe glamorous walk-on models following Presidents Club (note the initials) furore.

They are part and parcel of the fabric of modern boxing and good luck to them.

It was Frank who pioneered their introduction here back in 1980 and we look forward to seeing them continuing to climb through the ropes at the end of each round at the Elland Road world title blockbuster featuring Lee Selby and Josh Warrington on May 19 – and all other Queensberry and BoxNation shows.

We scribes in the press seats are often perched close to them as they await their turn to carry the cards into the ring and I have never heard or seen anything untoward.

The girls are invariably very pleasant and obviously happy with their role.

What’s more, they get a decent few bob, so why deny them that.

They are totally accepted by the punters and these days it is unusual even to hear a wolf whistle let alone a lewd comment.

Also, as Frank has pointed out, they are untouchable in the cordoned-off inner ringside area where there a strong presence of burly security guards. So let’s leave well alone.

Probably just well that this PC nonsense had not yet spread to sport in America.

Can you imagine the reaction if the Dallas Cowboys had to scrap their high-kicking, baton-twirling cheerleaders.

That really would make Donald Trump blow a gasket!