TOMMY FURY: “I COULDN’T BE PROUDER – SO MUCH OF MY MOTIVATION COMES FROM TYSON!” 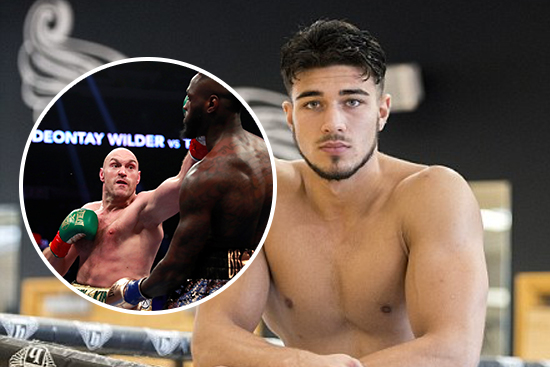 Tommy Fury explains how his brother and his ‘favourite fighter’ Tyson Fury has given him the motivation he needs as the light-heavyweight counts down the days to his eagerly anticipated professional debut on December 22nd on the undercard of Josh Warrington’s IBF World Featherweight Title defence against Carl Frampton.

“Words can’t describe how much of a motivation he is to me.” said a very proud Tommy Fury after watching his older brother Tyson fight to a controversial split decision draw with Deontay Wilder.

He continued: “I thought the result was ludicrous. I still can’t get to grips with it and how any judge and any single person watching that fight couldn’t give it to Tyson.

“Even with the two knockdowns, he was still miles ahead and a lot of big names in the sport have come out and said they had Tyson winning.”

Tommy was unable to join Tyson and Team Fury in Los Angeles as he continues his preparations for his upcoming fight at the Manchester Arena on December 22nd.

But despite being thousands of miles away across the Atlantic, Tyson has still been able to inspire his younger sibling as he edges ever-closer to embarking on his professional journey.

“Just watching him throughout the whole build up, all his training, the all access programmes on Showtime and BT Sport, words can’t describe how much of a motivation he is to me.

“He’s my favourite fighter and in my opinion the best heavyweight there has ever been and he’s my brother, so much of my motivation comes from him.

“If he can conquer all what he has done, then I can conquer anything and it’s the same to everybody out there, whatever you want to achieve in life you can achieve it. My motivation is sky high and I couldn’t any prouder than my brother.”