Tommy Fury – “It was the ringwalk or the catwalk!” 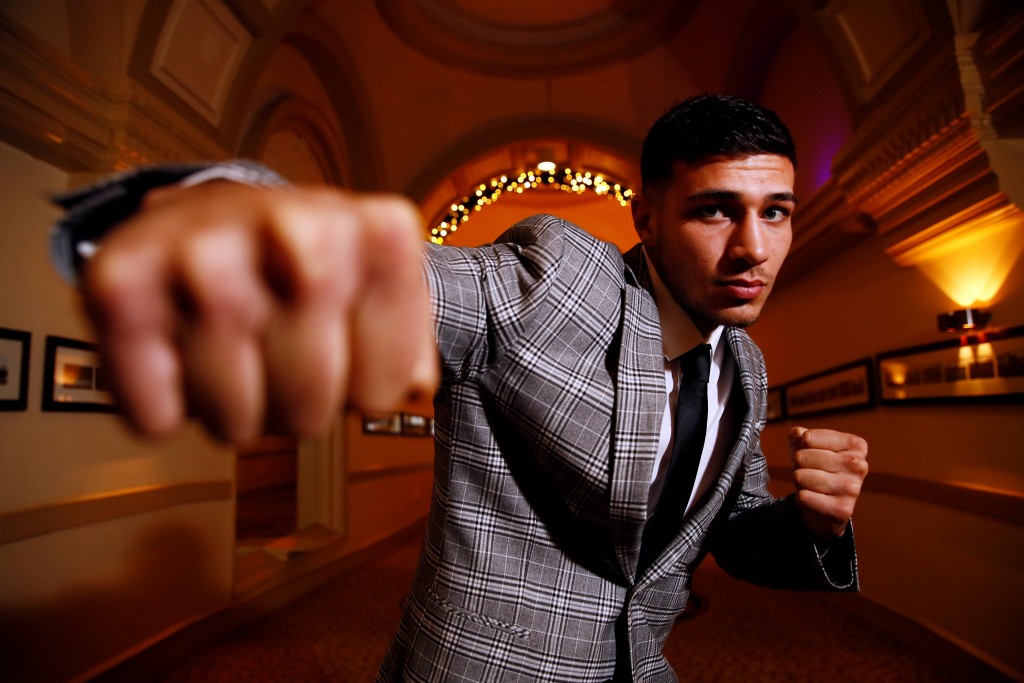 TOMMY FURY REVEALED that his career options were narrowed down to a choice of two – the ringwalk or the catwalk.

The dashing 19-year-old chose the hurt business over the glitz and glamour of the modelling industry and registered his first professional win on debut over the durable Jevgenijs Andrejevs on the Warrington-Frampton undercard at the Manchester Arena in December.

The boxer with the boyband looks will seek to double his win tally at the Morningside Arena in Leicester on February 23 in support of the headliner between Sam Bowen and Ronnie Clark for the British super featherweight title.

So why trade donning designer clobber for trading punches?

“It was always a straight choice for me, but looks don’t mean a thing at the end of the day because it doesn’t help you in boxing,” explained the youngest brother of Tyson Fury. “I’ve got a good physique, but that doesn’t help me in boxing.

“It was an option and I was on the path because I’ve always had people come up to me asking me to do modelling for as good a money as you can make in boxing.

“Yes I could sit there and make good money, but I would be asking myself at night if it was what I truly wanted to do. With the boxing I can sit comfortably at night thinking it is perfect and that I am happy with what I am doing.”

One thing the fledgling Fury did have to do before entering the professional ranks was shed some three stone of bulk that came as a result of getting carried away with the hobby of body building.

“I was mixing it with the boxing and, with the sparring, the muscle was too heavy and it was no good. Don’t get me wrong, it is a great sport, but not what I want to do because I am a fighting man at the end of the day.

“I’m not here to be a bodybuilder, I don’t want to be a model, I am here to fight and win. That is what I will be doing.”

Tickets for Bowen v Clark on Feb 23 at the Morningside Arena, featuring Tommy Fury, are available from £40 are on sale NOW via Eventbrite