If Tommy Langford had elected to stick to the original script, the prize on offer at the Leicester Arena on Saturday would’ve been local bragging rights, rather than the WBO Interim world championship.

Craig Cunningham was the name in the frame for what would’ve been a tasty little neighbourhood dust-up, with pair both calling Birmingham home. Yes, Langford would indeed have got to chalk off a defence of his British middleweight title, should he have been successful, but he was offered a bigger fish to fry and eagerly snapped at the bait dangled in front of him.

Avtandil Khurtsidze will now emerge from the opposite corner in the headline event of the second BT Sport-BoxNation production at the jam-packed home of the Leicester Riders basketball team.

The route forward for the winner is quite simple. The full champion – currently one Billy Joe Saunders – must defend against the new Interim belt holder or surrender world champion status.

So the stakes are pretty high for the unbeaten 27-year-old who, understandably, doesn’t harbour too many regrets over foregoing a domestic title defence against a Second City rival.

“No, this is a bigger fight and you don’t know how long you are in the game for,” reasoned the 18-0 Langford, who originally hails from North Devon. “It is a huge opportunity for me to legitimately put myself up there with the elite of the division, which is where you want to be.

“You want to be on the world scene and you want to be fighting those names. The fight got offered, Frank (Warren) did his job for me and has got me a bigger fight and, for me, it was a no-brainer.

“It is a WBO Interim title that will put me in prime position to meet the champion. Should the champion not fight me in a specified time then I will be made world champion.

“It is a great chance and one I am really looking forward to. The Cunningham fight, great, domestic fight, midlands fight and everything, but you have got to take your chances, so no regrets at all.”

Langford, at one point, did appear prepared to bide his time in earning his stripes. He established a world ranking courtesy of his ownership of the WBO Intercontinental title before claiming the Commonwealth crown and ultimately, last time out, the coveted Lonsdale belt.

With such a prized possession safely under lock and key at his Birmingham abode, there must have been the temptation to mark time and set about fighting for permanent custody of the British treasure.

In the mind of the middleweight, that would be the conservative option and one which, in all likelihood, would cause considerable delays to his journey.

“Don’t get me wrong, I did want the British title and obviously the Commonwealth, so the way I’ve done it is obviously the right way. Working my way up.

“But, I’ve always said from day one after the British title – and even before – that if opportunities come up I am not going to hang around and defend it for the sake of owning it outright.

“A lot of British fighters who concentrate on owning that belt waste a lot of time and lose opportunities as well. So I’ve always had that mindset – as well as the self-belief over where I can go – and I know what I am capable of. 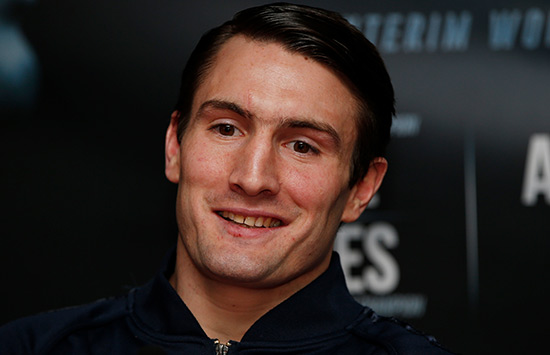 “That is where I want to be, I wouldn’t say it is brave, it is just the best thing to do for me.”

As for the Battle of Brum with Cunningham, Langford sees no reason why it cannot be fought on another day but, to his mind, they will have to be trading blows with a world title at stake because he has no plans on treading any backward steps.

“Of course it can,” he insisted. “Don’t get me wrong though, I see myself winning this fight and I want to stay at world level, so Cunningham then has to get himself to that level. I’m not going to drop back down.

“Should the worst happen and I am not successful, I still won’t want to come back down and want to stay at that level. This is my chance to prove myself, to prove that I belong with the top in the world.

“I will show that on the night and I am not going anywhere – I am staying there.”

Next time: Tommy on why the underdog will bite on the night