A shining example of a fighter learning his trade, improving all the time, while covering all the bases is probably our 18-0 middleweight Tommy Langford.

The Birmingham-based Devonian is a student of the game and really knows his stuff where boxing is concerned. He is smart – the holder of a degree – and a qualified nutritionist, which probably saves him a few bob in training camps.

He is also reaping the rewards of biding his time.

Tommy, like most other fighters, would never say no if we were to present him with a shot at a world title. It would be perfectly plausible too, bearing in mind that he is ranked at No.2 by the WBO and at 12 by the WBC.

Given that the current WBO champion is our own Billy Joe Saunders, it wouldn’t require exhaustive negotiations to get that one done.

But Tommy recognises the value in taking it step by step. He accumulated considerable international experience in the winning and defending of his WBO Intercontinental title, before returning to a more traditional way of doing things with a successful shot at the vacant Commonwealth title against Lewis Taylor in March of last year.

It was a worthwhile exercise because, against a game and ambitious domestic opponent, you know what you are going to get – and that is a tough night’s work. Incredibly, the two rounds he was deemed to have lost by the judges in that fight were the first to be scored against him.

After defeating Timo Laine in the seventh round and fulfilling his part of the WBO Intercontinental bargain in July, ourselves and Tommy were confident he had the tools to negate the threat of and overcome Chris Eubank jnr.

The fact that the British title was to have been at stake provided another tick off the wish list for him.

We all know what happened next, so no point going over old ground, but missing out on that fight was a blow to Tommy as it would have really catapulted him into the public consciousness.

We managed to ensure the Lonsdale belt was still there to play for in November when Sam Sheedy stepped up to the plate but, in all honestly, that was never going to be a Fight of the Year’ contender.

Sheedy revels in being an awkward so and so, but Tommy stuck to his guns and got the job done.

He is now proud to be called British champion and wants the belt for keeps, which will see to it that he gathers more valuable experience in preparation for taking that step into the so far unknown.

As a happy by-product of Boxnation’s coming partnership with BT Sport, it will also enable him to apply the finishing touches to his work in progress in front of a massive nationwide audience.

For our part, the strategy is to identify territories for our fighter’s to prosper and it is our intention to once again make Birmingham a stronghold.

Of course, this is the revisiting of old ground for us as we have transported big shows to the major cities for many years but, as part of our new package deal with BT, this is something we wish to revitalise in a big way.

Tommy can spearhead our return to the second city and I am sure it will prove a popular move. He has already cultivated a sizeable following and the local reaction to the ultimately aborted Eubank match-up was immense.

The 27-year-old has immersed himself within the supporter base of his favourite football team, West Bromwich Albion, while he is also enjoying great backing from the club.

West Brom shirts and a good few songs are now very much in evidence at his fight nights and he retains a strong support from his native Bideford in north Devon.

Tommy last week renewed his promotional agreement with us and I am delighted that we will be mapping out his next exciting moves, which include a tasty little scrap next time out that will be announced along with a host of other developments at a media shindig next week.

They say good things come to those who wait and I feel sure Tommy’s patience will be handsomely rewarded over the next 18 months.

I would like to wish James DeGale every success for his unification tussle in New York this weekend and I fully expect him to double his haul of world championship belts. 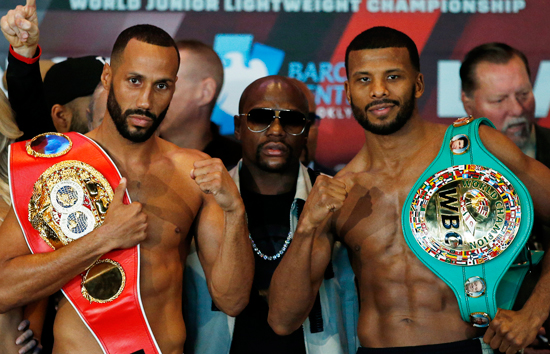 His opponent, Badou Jack, the Las Vegas-based Swede who sounds more like a Mississippi river boat gambler than a formidable fighter, proved against George Groves that he is better than many people first thought, but James is a tricky customer who has enough about him to stay ahead on the cards.

What he can’t do against Jack is something he has been guilty of in the past, the tendency to doze off a bit in the middle rounds. He will have to stay sharp and focused all the way through.

James is a different animal now to when he entered the professional ranks with me following his gold medal at the Beijing Olympics.

Back then the fans didn’t take to him because they perceived him as perhaps being a bit too bolshie and maybe he went over the top a bit ahead of his local squabble with George Groves.

With age comes wisdom and I suspect he has recognised the value of public affection to a fighter. He certainly appears to have adopted a more humble outlook nowadays.

There are still many more big fights out there for him should he succeed in his quest to marry up the IBF and WBC middleweight titles and I wish him luck in his bid to do so.

Liam Walsh will be an interest observer of the chief support to DeGale-Jack at the Barclays Center.

Liam is mandatory challenger for the IBF super featherweight title currently held by Jose Pedraza, who is undertaking a voluntary defence in Brooklyn against the Floyd Mayweather protégé Gervonta Davis.

It should be an intriguing contest between two unbeaten men, but I know Liam leans towards Pedraza and suspects Davis might just be a little undercooked for such a challenge at this stage of his career.

Whoever wins already knows who his next opponent is and I back Liam against either of them.