Top pros boxing in the Olympics is a recipe for disaster

Crazy. In a word that is how I feel about the idea of allowing fully-fledged professional boxers to compete in the Olympic Games.

Not only crazy, but dangerous. A recipe for disaster.

It has all kicked off because the president of the International Boxing Association (AIBA), Dr Ching-kuo Wu , has indicated the last remaining barriers preventing full-time professionals from competing at the Games are set to be abolished within a matter of months, just in time for the Rio Olympics.

AIBA say they have been working on broadening their eligibility criteria for Rio for some time, but were given implicit encouragement to fast-track the process by the publication of an International Olympic Committee document in 2014, which recommends the intention of “ensuring participation by the best athletes”.

Reform of Olympic eligibilty criteria has been top of Dr Wu’s agenda since he was elected president in 2006. It has been impressive.

Under his influence the word ‘amateur’ has been removed from its official title as well as all international boxing tournaments including the Olympics, where headguards have been abolished (apart from in women’s boxing) and a pro-style ten points scoring system introduced.

Dr Wu, who has admirably cleaned up a sport where corruption and bent judging was once endemic, also instigated “professional” competitions such as AIBA Pro Boxing and the increasingly successful, team-based World Series of Boxing, which is now is televised by BoxNation.

Under new rules pro boxers who have had fewer than 15 fights and are committed to APB are now eligible to compete in the Olympics. Surely that should be sufficient.

I believe allowing top pros, including current and former world champions to take part in what is already a complicated qualification process (or would they be handed wild cards?) is not only unrealistic but unfair.

It may be all very well in theory but it simply wouldn’t work in practice.

Now consider this possible scenario. If, say Gennady Golovkin is tempted to win a gold medal for Kazakhstan he could be drawn in the first round against a teenage qualifier who has never had a pro fight in his life.

Such a raw opponent would be put seriously at risk of severe damage.

Similarly if the likes of Canelo Alvarez or Sergey Kovalev were in the Olympic mix the Olympic tournament could throw up horrendous up mis-matches that would be prohibited by any decent professional governing body.

Theoretically Tyson Fury, Anthony Joshua, Wladimir Klitschko, Manny Pacquiao and Amir Khan are among a host of world class pros who would be eligible to compete in the Olympics if the proposals are ratified, and they so desired. 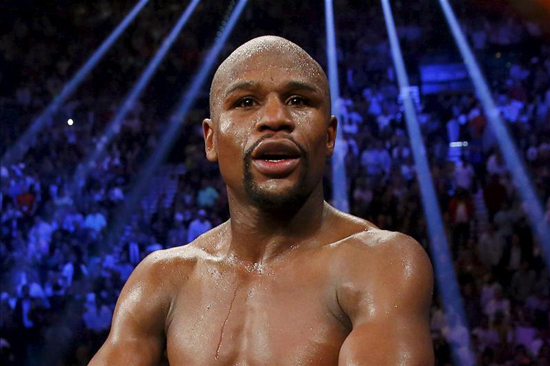 I imagine that AIBA would love Floyd Mayweather jnr to come out of retirement to try and win in Rio the gold medal of which he claims he was robbed at Atlanta in 1996.

The standard recompense frorom USA Boxing for Olympic champions (not that they have had many of late) is $25,000. For Mayweather that’s a tip to a croupier at a Las Vegas casino.

So, as Muhammad Ali used to say, the chances of that happening are slim to none – and Slim just left town.

He asks: “How can you have a 12 three-minute-round fighter coming in and boxing over three three-minute rounds, which is a sprint? It seems bizarre. I just don’t see how it can practically work.”

Moreover AIBA are on treacherous territory. For there remains an element in the IOC who would happily boot boxing out of the Games in favour of less hazardous pursuits like squash or snooker. All it might take take is a single ring tragedy.

Dr Wu, a 69-year-old Taiwanese multi-millionaire former construction moguls who helped build Milton Keynes, failed in his bid to become president of the IOC last year. He is an ambitous cove with a genuine passion for a sport, all forms of which he desires to bring together under his personal umbrella. He must know that such is the nature of prrofessional boxing’s global governance this is a folorn pipedream.

I know that he argues that as IOC have professionalised the Olympics by allowing America’s Dream Team to compete in basketball and inviting superstar tennis players like Djokovic, Federer and Murray to dominate the tennis tournament, boxing should be given similar treatment.

But dunking a ball into a net and lobbing one over it are hardly equivalent to getting bashed on the head by Gennady Golovkin.

This surely cannot be what the doctor orders.

The Olympics have always been a platform for aspiring young boxers, not well-seasoned old pros. And so they should remain.