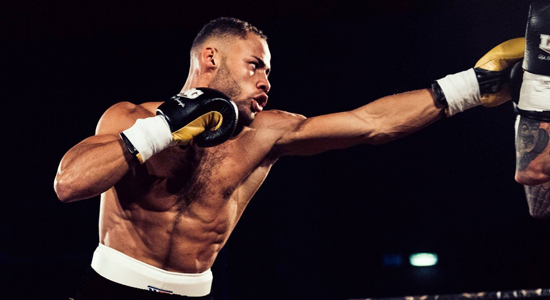 Darlington Middleweight Troy Williamson is delighted to have signed a long-term promotional deal with top promoter Frank Warren. The former Team GB squad member enjoyed a successful amateur career, competing in the World Series of Boxing and winning an ABA title in 2015.

Williamson, 25, ditched the colours of his country in favour of punching for pay last year, making a winning start to his professional career with an explosive third round knockout win against tough Bulgarian Borislav Zankov in October before outpointing Yailton Neves in his hometown a month later.

Trained by long-term coach Andy Marksby at the Darlington Amateur Boxing Club, undefeated Williamson can’t wait to begin the next chapter of his career under the guidance of Hall of Famer Warren. Troy becomes Warren’s latest signing from the North East, and has already set his eyes on the Lord Lonsdale belt, currently held by stablemate Tommy Langford.

“For now it’s all about staying as active as possible and listening to the advice of those around me,” said Williamson. “I want to win all of my fights in a good fashion and push on from there – hopefully I can get an English title at first and push on for the British within 18 months or two years.”

“I was boxing some of the best kids in the World during my time in the amateurs. Some of the decisions didn’t really go my way but it is what it is. Fighting top level opposition was great experience for me and has set me up well for my pro career.

The middleweight felt constrained by the technical nature of the amateur game, and expects his hard-hitting style to be better suited to the professional arena.

“I’m an exciting fighter and always look to entertain. If I need to box I can box, if I need to fight I can fight. People will see my true ability now I’ve teamed up with Frank. Growing up I used to watch all of his shows and to now be working with him is amazing.”