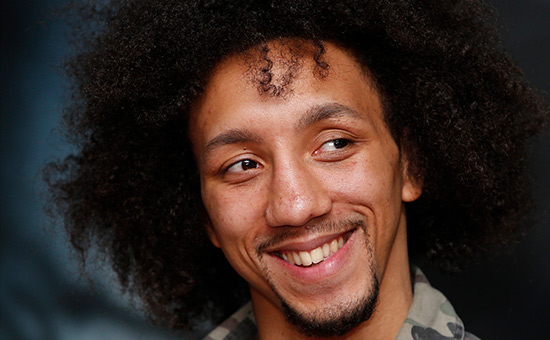 Long standing British Super-Lightweight king Tyrone Nurse believes that 2017 will be the year that elevates him from a champion into a star, writes Glynn Evans.

After nine months away, the 27 year old Huddersfield skilster finally gets to debut for new promoter Frank Warren – and before BT Sport and BoxNation TV cameras – when he defends for the third time against Malmesbury toughman Joe Hughes on a talent stacked bill at Leicester Arena on Saturday week.

‘It’ll be very exciting to get back out again. I’m in my tenth year as a pro now but I’ve never really had a promoter behind me before,’ says the lean and lithe 5ft 11in Yorkshireman who is trained and managed by his father and ex-pro Chris Aston.

‘Hughes is strong and game but I’ll be looking to do a job on him. I want to put a show on for the fans and look classy while I’m about it.’

The slick and savvy Tyke has conceded just twice – a 2012 Prizefighter sprint to Adil Anwar and a 12 round majority to Derby’s Dave Ryan in a 2014 Commonwealth title tilt – during a 37 fight pro career that began shortly after his 18th birthday in March 2008.

However, he has mysteriously been ostracised from any world rankings, a matter influential Hall of Fame promoter Warren shall no doubt be keen to correct.

‘I’ve consistently been involved in the most entertaining fights on the bill over the last few years but, for too long, I was considered high risk, low reward,’ says Nurse who was last seen publically in June 2016, schooling Yorkshire rival Tommy Coyle in a British title defence.

Following some much needed R&R, he is itching to return to the fray.

He says: ‘I had a couple of niggles that needed clearing up so I’ve allowed my body to relax and used the time to regroup. I’ve also had a couple of family holidays to Gran Canaria and Menorca. It was nice to get away. You can put on a lump of weight and I got as high as 12st.

‘But I’m constantly in the gym and I’ve have had plenty of decent sparring. I’ve been able to work on a few things – no drastic changes – just tweaking with working at long, mid and close range, and experimenting with angles. You’ll see an improved version when I return.’

The champ with the old school skills is unbeaten in four British championship spats over the past 21 months and, following a tie with then unbeaten Welsh southpaw Chris Jenkins in July 2015, was eventually coronated after bossing the replay.

Towering Ty has subsequently retained against class operators Willie Limond and Tommy Coyle but, as neither was a designated mandatory challenger, Nurse won’t retain the coveted Lonsdale Belt if he makes a successful third defence against four time national junior champion Hughes.

‘I’ve feel I’ve been very unlucky,’ he claims and with some justification.

‘Chris Jenkins and I were the two leading contenders when we twice fought for the vacant title. Then Willie Limond was put on me because he’d voluntarily vacated the title previously and Tommy Coyle was a very credible challenger.

‘None of it’s been my doing. When Jack Catterall was my mandatory he withdrew to sort out changes to his training team and next in line, Ohara Davies, opted to fight Derry Mathews for more money.

‘It’d be nice to have the Belt outright so, while we expect the worse, perhaps the Board will surprise me on the night and let me take it home.

‘I’m now ready to kick on to the European and hopefully beyond. I’ve seen bits of the EBU champion Anthony Yigit and he’s got some nice moves but he’s very little! I’d jump at that opportunity if offered and I’d be confident. You’ve got to be in this game.

‘My best days are definitely still ahead of me. Eventually I’ll fill out and go up to welter. On my best day I’m an absolute box of tricks, more than capable of beating the world champions!’

The fight, of course, that all Britain is crying out for is a 140lb War of the Roses showdown with 18-0 crunch punching Chorley starlet Jack Catterall. And now that both are aligned under the Warren standard, the prospects of seeing the pair together in the same ring have amplified.

Nurse clearly has a high regard for the WBO’s number two ranked contender.

‘Jack’s a good fighter who I’ve been taking note of since he kayoed Carl Allen in his third fight,’ he concedes.

‘Shortly after, I went to his gym to spar (ex IBF Super-Feather boss) Argenis Mendez and he seemed a nice lad. He certainly keeps getting the job done. I enjoy watching him. Like me, he’s cool, calm and collected. I have to build him up cos it’ll make me look better when I beat him!

‘Could it happen this year? Never say never. But because Jack is highly rated with the WBO, we expect that he’ll plod that avenue while I’ll be keeping my hands and feet moving to progress myself.

‘Our styles would be an interesting mesh for the purists. In time, it’ll develop into a nice big fight, for a nice big belt and a nice big purse. We believe we know how to beat Jack. I’ll have a plan and deliver on the day.’

But before that financial blockbuster can materialise, the Nurse needs to take care of Wiltshire warrior Hughes in sparkling style on the elevated stage, come Saturday week.

‘I actually beat Joe in the 2007 Junior ABA semi final but that was just a three round sprint which means very little now,’ says the pleasant, plain speaking champ who enters with a 34-2-1 CV.

‘Stylewise, I think we’ll gel well. Joe’s strong and clearly takes a good shot – Catterall couldn’t shift him – and, as the opportunity is unexpected for him, he’ll no doubt give it 110%. But he’s always had this issue with his right hand (which is three inches shorter than his left due to Erb’s palsy) so he’s a bit predictable; jab-left hook, jab-left hook.

‘There’ll be times when I fence him, times when I need to pick shots in close. I never go in with the impression that I’ll score a stoppage, I always prepare for a gruelling 12 rounder but I win because I’m the better fighter in all departments.’

Successful applicants will be notified by email.