TYSON HAS EVERY RIGHT TO BE FURIOUS 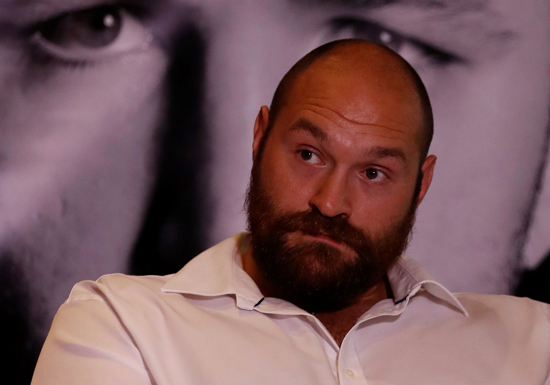 BILLY JOE SAUNDERS may have been the headliner on Saturday but, earlier in the evening, there was only one man capturing the hearts and minds of many of those in attendance at the Copper Box.

Due to a few of the things he has come out with in the past, Tyson Fury doesn’t appeal to everyone, but boxing fans recognise Tyson for his achievements and certainly have a great affection for him.

I don’t think anybody out of the hundreds that beckoned him over from his ringside perch left without a picture or an autograph and they all wanted to know when he will be back doing what he does best.

That is a question we would all like to know the answer to.

Tyson being left in such a state of limbo is just plain wrong and I simply don’t understand how the authorities can justify leaving him in the lurch for so long.

If he is guilty of anything then deal with him. Let him know where he stands. People up on criminal charges get fairer treatment – they have a trial and get found guilty or innocent.

How can someone have two years of this hanging over their head? It is not right and can’t be right.

Even if he is guilty, what he has gone through is totally unacceptable and I am now told the aborted hearing in May has now been pushed back yet again.

I do suspect that if any other sporting figure was subjected to similar, people would be demanding a resolution. So why aren’t newspapers or media outlets jumping on this?

Despite everything, Tyson is looking and sounding well, but what he needs now is a focus and to be given the green light to get back to work.

Boxing is what he does and he is being prevented from plying his trade, which wouldn’t happen in other walks of life.

If he is guilty and has to serve a suspension then so be it, but he also has the right to know when his time out of the ring has been served.

ANOTHER OF THE question marks to emerge from the weekend’s events in Las Vegas is how the dubious draw between Golovkin and Canelo affects our own Billy Joe Saunders. 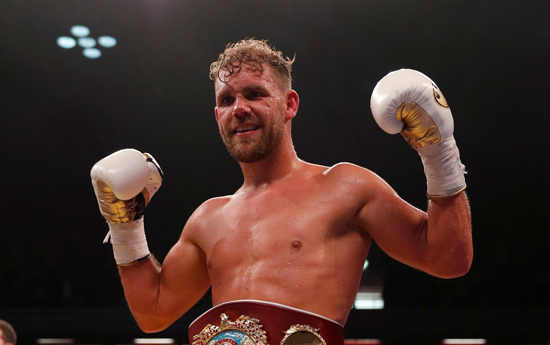 The bottom line is that Bill will be fighting in December, one way or another. I want him to be fighting regardless, preferably against Golovkin and hopefully we can get that on

We will see over the next week whether that can be the case or not. If it isn’t, Bill will carry on fighting and we will move on.

He has got the belt, he has got his own career and one of them will end up fighting Bill soon enough, no doubt about that.

Most importantly, Bill will be back up in Sheffield next week to resume training for his December date.

For this fight just gone he trained to make the weight because he came in so heavy. For his next one, after his week off, he gets back in and trains to fight. 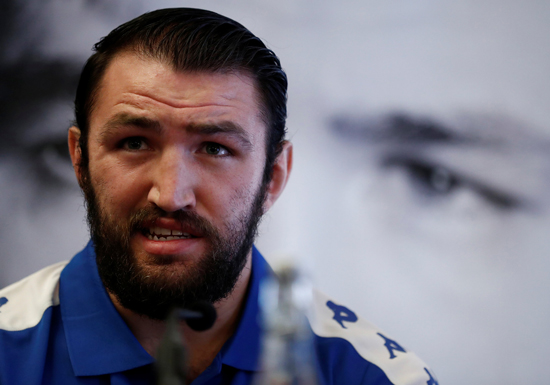 I WOULD LIKE to take this opportunity to wish our man Hughie Fury every success in his shot at the WBO world heavyweight title against Joseph Parker on Saturday.

It won’t be an easy job because Parker is from tough stock and, like Hughie, he remains a young fighter on the up.

Home advantage will hopefully prove the key for Hughie because if he is going to win a world title at such a young age, this is the time to do it.

If he gets beat, it is not the end of the world, but hopefully they will be raising his hand at the end.

It is his big opportunity and we worked very hard to get him into this position. He did the business in the ring, while I did it for him to get this opportunity. Now I want him to capitalise on it.