UNLICENCED TO THRILL IN A IN A DANGEROUS GAME 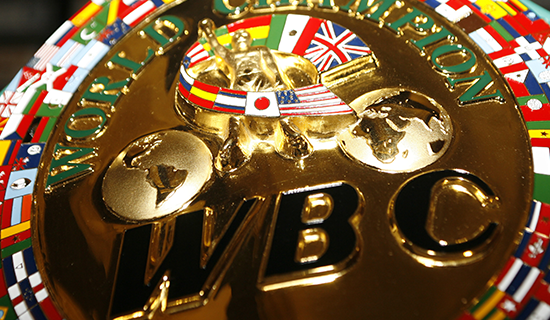 The WBC appears to be on the verge of heading down a dangerous road and it is one that is ultimately going to place the British Boxing Board of Control in a bit of a quandary.

The world sanctioning body has, it seems, lent its approval and branding to a white collar boxing academy in this country, essentially a boxing school for beginners with the aim of knocking punters into shape whilst having a go with the gloves on.

The ‘White Collar’ scene, which is the modern terminology for unlicenced boxing is a bit of a boom industry these days and that is because it simply doesn’t apply the stringent – and costly – medical and safety regulations that BBBofC licenced events adhere to.

None of us hide away from the fact that boxing is a sport that carries obvious dangers, which is why regulations and provisions are put in place to minimise such risks to the health of the participants. The British Boxing Board of Control is considered the bench mark when it comes to medical and safety provisions for Boxers.

As every young boxer would tell you, turning pro is a costly business with the numerous medical procedures they have to undertake – including expensive brain scans – and these have to be repeated every year if they choose to continue boxing.

At shows, we promoters have to fund the requirement for doctors, anaesthetists, paramedics and ambulances to be on standby throughout the event, while all matches, facilities, and venues have to be vetted and approved by the board for health and safety purposes.

Does white collar boxing insist on the same exacting standards? I doubt that very much.

The extent of the WBC’s intended involvement in white collar boxing is as yet unclear, but if they – or their World Boxing Cares programme – are issuing their approval to training academies, it is going some way towards legitimising an unregulated industry.

If their involvement were to run any deeper or they started sanctioning white collar events it would surely make the board’s position with the WBC untenable and leave them with no option but to withdraw from the organisation where they have held three seats on the top table for many years.

The Board have always prided themselves on being a founder member of the WBC and I have always found they favour them above all the other sanctioning bodies. Why, I don’t know.

If the WBC’s remit does eventually extend to encompassing the white collar circuit, it will be a dangerous precedent and I don’t see where the board can go with it, other than to opt out.

The situation was discussed at the boards AGM last week and to their credit the Board’s hierarchy unanimously agreed that this situation was not acceptable and they have already met with the WBC President and made their feelings known and they will continue to voice their objections at the WBC convention. Ultimately, Board Chairman, John Rees QC stated they will do “whatever is necessary” if such objections are ignored.

A common saying amongst fighters these days is that ‘you don’t play boxing’, but this is exactly what the white collar boxers are doing. And it’s a dangerous game they are playing.

More from Frank tomorrow on the forthcoming dates for your diary