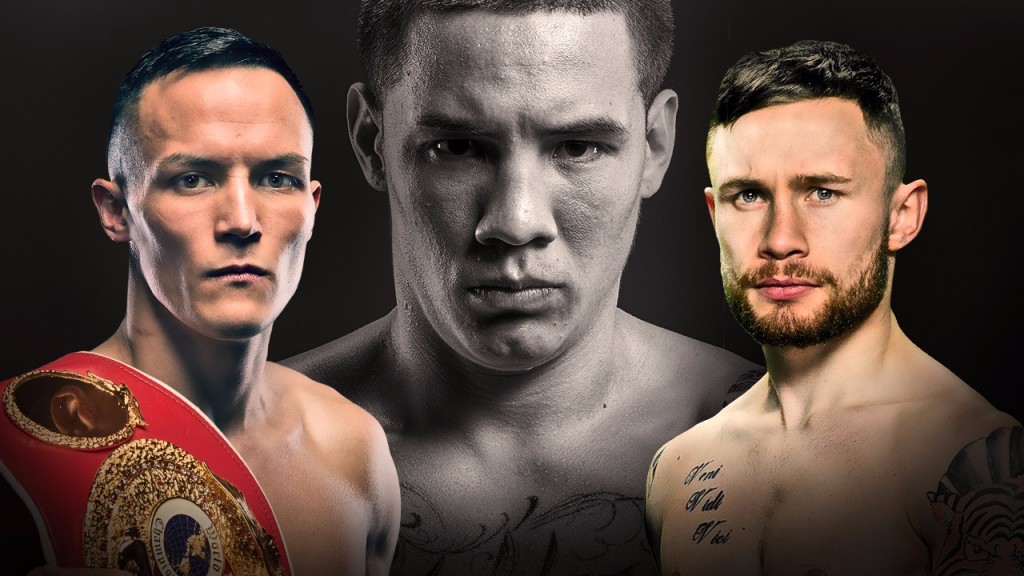 Warrington makes the first defence of his IBF title against Frampton at the Manchester Arena on Saturday December 22nd, live on BT Sport Box Office.

And the winner is set to be heading straight into a mega fight against Valdez who has made four defences of the title he won in July 2016 against Matias Carlos Adrian Rueda.

Valdez who has won all 24 professional fights, 19 by KO said: “I have always said that I want to fight the best.

“Frampton and Warrington are both big names in the sport. I’m ready to fight the winner and unify titles.”

Valdez’s promoter Bob Arum has said he has already spoke with Frank Warren about matching the winner of the Christmas cracker between Warrington and Frampton.

He told ‘The Boxing Beat’ on ESPN+: “We’re looking at January 12 for Valdez to fight on ESPN and then, assuming he wins that fight, then we would put him in with the Frampton-Warrington winner.

“I’ve already talked to Frank Warren about that.”

Valdez, 27, suffered a broken jaw when he outpointed Scott Quigg in March that has kept him sidelined since that win.

There had been speculation he may have boxed Frampton in August, but he hadn’t recovered from his injury in time.

Valdez warned Warrington and Frampton: “I want to prove I’m the best featherweight in the world.”