Muhammad Ali was 74 last weekend and as his birthday coincided with the heavyweight offerings in London and New York I cannot help wondering what the great man thought about it all.

Both David Haye and Deontay Wilder produced devastating finishes but apart from the fact that he can still punch the Hayemaker’s brief encounter (131 seconds) with Mark de Mori, a hand-picked patsy of dubious credibility, told us little. 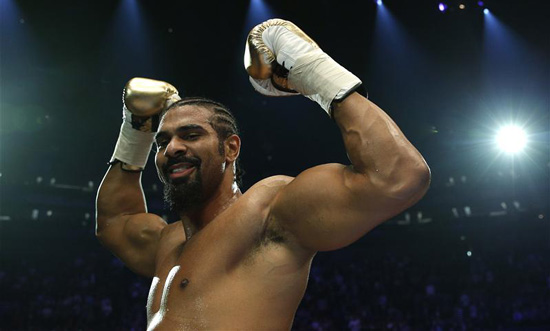 In his three-and-a half year lay-off the 35-year-old Haye has become a vegan, but obviously there is still beef in his biceps.

But whether he has stamina in his legs and fire in his remarkably well-honed belly when put under the sort of pressure Wladimir Klitschko applied remains to be seen.

Let’s cut through all the bullshine about plotting a path to further world title shots: Haye is back for one reason only – to fight Anthony Joshua.

And no doubt this will happen once Haye has knocked off a couple more such men of modest ability.

Hopefully the next one up will be someone the fans have actually heard of. I am reliably informed that de Mori is so anonymous in his native Australia that there wasn’t even a mention of the fight in the Aussie media.

One thing which did puzzle me was a report that the show was a 20,000 sell-out.

Haye certainly did well to fill those seats – if in fact they were all full.

Over in Brooklyn Wilder once again gave another pretty average performance against Artur Szpilka until the little-known Pole was inevitably poleaxed in the ninth. 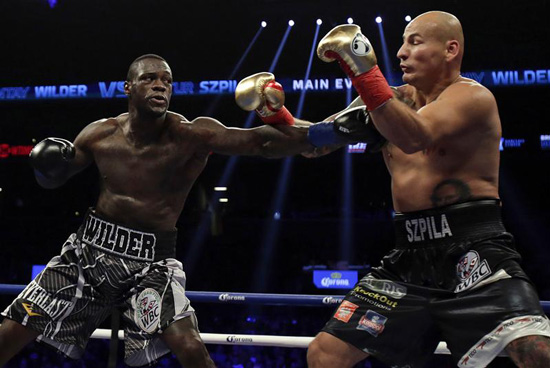 We know both Wilder and Haye can whack but for me boxing is not about who is the biggest puncher but who has the better boxing brain.

From what I have seen recently the heavyweight who best fits that description is Tyson Fury.

He may not be the most exciting big man around but he has the style and the nous to frustrate the others, as Klitschko will testify.

Haye says he does not hold out much hope of fighting Fury and he’s probably right after Tyson was messed around over their twice-postponed bout.

In any case Britain’s new WBA Super and WBO champion believes he has bigger fish to fight, Wilder being one of them.

He certainly paved the way for this showdown with his theatrical antics in the ring post-fight in Brooklyn, when he goaded as bad-mouthed the WBC champion in a scene that was like something out of WWE.

Many will have winced as he got up close and personal with Wilder, who usually comes across as a decent gent, throwing down his waistcoat as if it was a duellist’s gauntlet and bellowing: “Any time, any place, I’ll beat you. You’re a bum.”

Marquess of Queensberry, eat your heart out.

He won’t change, which is why he will continue to thrust himself in the public eye but will never garner the sort of affection bestowed on the likes of Sir Henry Cooper and Frank Bruno.

With Tyson Fury, what you see is what you will always get. He’s the Millwall of boxing. If nobody likes him, he doesn’t care.

Wilder v Fury surely will happen though first both have other engagements to fulfil.

Fury has a contracted return witn Klitschko while Wilder has a WBC mandatory defence against Alexander Povetkin, which is no easy fight for him.

He may then prefer to unify two belts with fellow American Charles Martin, a relative novice who, on the same card, and with Fury looking on disdainfully, bizarrely won the IBF belt so brusquely and unfairly confiscated from the gypsy kingpin.

The wrenched knee sustained by Ukrainian Vyacheslav Glaskov which brought about then third round stoppage seemed more akin to an injury seen on the football pitch.

So a weekend of heavyweight hands, knees and boomps-a-daisy.

Yes, I’d love to know what Ali made of it all.

Not much, I suspect.

In Frank’s Scrapbook tomorrow he asks: Why is is Anthony Joshua still allowed to use GB’s Olympic training facilities?