WALSH PACK ON THE HUNT FOR TITLES

Liam Walsh showed all his class and cunning with an immaculate display that completely stymied any threat posed by the tough nut Russian Andrey Klimov in Harrow on Saturday night.

Liam’s calculated punch picking and ringcraft has won him the right to fight for the IBF super featherweight world title. Negotiations are already underway for a match with the champion Jose Pedraza and we are working very hard to get the fight in the UK.

It is an opportunity the youthful 30-year-old more than deserves because, for me, it was one of the performances of the year by a British boxer who outboxed and outfoxded the rated Russian.

Typically, the modest Liam was reluctant to bang his own drum after the fight and was critical of himself for not delivering a tear-up for his army of fans who travelled down in considerable numbers from Norfolk.

If the unsung top trainer Graham Everett, who has done a magnificent job in East Anglia, and his brothers Michael and Ryan did keep the reins on him in Harrow, then I make them right. There was simply too much to lose for him to cut loose and potentially get careless.

There was clearly a carefully mapped out gameplan and he was correct in sticking to it. It was boxing in its purest form and, in many cases, winning by a landslide margin on the cards is just as emphatic as forcing a stoppage.

Liam is, first and foremost, a top quality boxer. That is his strength and when you move up the levels that is what sets you apart from most of the rest.

I firmly believe Liam has got the beating of Pedraza, who is also a quality operator as he showed the British audience in his defeating of Stephen Smith. I do strongly suspect that the better the opponent we put in front of Liam, the classier he will become.

When you think back five years ago to the compelling trench war he had with Paul Appleby on BoxNation’s first televised show to his performance on Saturday it shows how much he has progressed.

There is still plenty of polish to put an even greater shine on his performances and we could be witnessing the beginning of something very special at world level.

For one reason or another it has taken a little longer than I first imagined, but Liam’s journey is now firmly on the world title track.

This weekend in Frederikshavn, Denmark, Liam’s twin brother Ryan is favourite in my book to add another belt to his collection when he competes for the vacant EBU featherweight title against Dennis Ceylan. 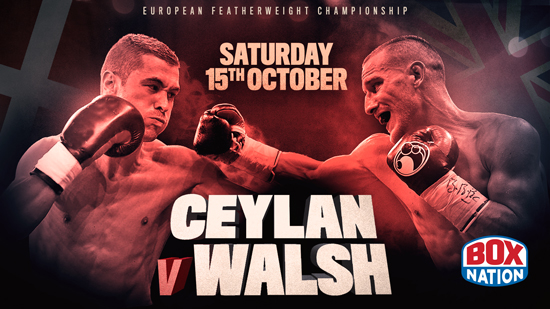 The twins are a little different in their approach to the game, with Ryan more prepared to take an early initiative and force the issue. Since winning the British title last year in a tight, cagey contest against Hull’s Samir Mouneimne at Wembley, his stock has risen along with his confidence and he was hugely destructive in his felling of both Darren Traynor and James Tennyson in his two defences at York Hall and the Copper Box respectively this year.

He has come on leaps and bounds and has been rightly rewarded with a shot at the European title.

Both twins are very studious in their fight preparations with plenty of homework and research carried out behind the scenes. Many fighters give this side of things a miss and prefer to leave the scouting reports to their trainers, but these two are genuine fight fans, possessing an incredible knowledge of the sport.

They train in tandem, two fiercely competitive siblings drawing the maximum from each other and I am told that even a game of Scrabble between the pair can become a feisty affair!

I hear that Ryan currently holds the edge on the Scrabble board, so let’s hope he is punch as well as word perfect when the bell rings on Saturday night.