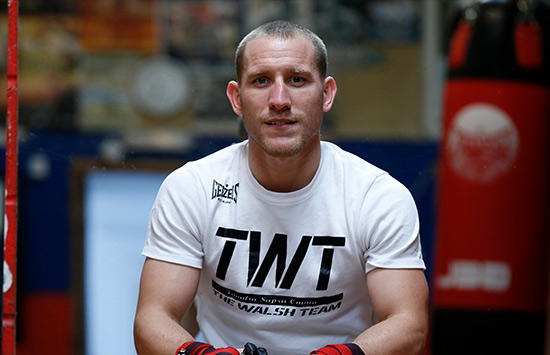 Ryan Walsh is perfectly content to play second fiddle to his twin Liam this weekend. In fact, he prefers it that way.

The Cromer boys will rock up at the Copper Box on Saturday evening, with Ryan seeking permanent ownership of his Lonsdale belt against the Belfast man Marco McCullough, with Liam tasked with parting Gervonta Davis from his IBF world super featherweight title.

Ryan views it as his job is to set the mood for the evening and ensure there is no trace of discontent in the ranks before the biggest night of Liam’s life.

The British champion has even moved to secure himself an early booking so that he can be by Liam’s side as the clock ticks towards his moment of truth.

“It is a really good bill, so I am hoping they put me out as the first live fight, which will give me two or three hours before Liam goes on.

“I want to get us off to a flyer and make sure we are all in good spirits. I know my job and know what I’ve got to do because I can dictate the flow of the night.”

The Walsh twins, as always, have been working in tandem out in Tenerife in preparation for the prospect of putting the brash Baltimore boy in his place.

Ryan knows full well his brother has got a big job on his hands against the young champion, one who he suspects could prove be the architect of his own downfall.

“This guy is dangerous so we have talked quite a bit about different little things. But Liam is the most strong-minded person I have met in my whole life so no-one needs to tell him anything.

“He tells us and then I just reiterate what he is saying – that would be the best way to explain it. He is also the most knowledgeable person about boxing I have been around and I have talked to a lot of people about boxing.

“His way of thinking is a little bit better than most and he is truly one of the only people I really listen to.

“I just think we’ve got to make this guy get desperate and he can do that with his feet and his brain.

“They have made their first mistake in that they have highly underestimated my brother. To sit across from him and say he is going to knock him out in six, that is underestimating him.

“He would take some knocking down, never mind knocking out.

“If the Liam Walsh that turned up against (Andrey) Klimov turns up against Davis, he is in massive trouble. I think he has also got a better version than that because Klimov could’ve got a bit more out of him.

“If you look at the last couple of Americans who have come over to England with the attitude he’s got, it has not ended well for them.

“The best Americans are always going to be very good and of course they will be hard nights, but we’ll see.

“This is destiny for us, everything that is going to happen is already written.”

Ryan himself has clearly not reconciled himself to falling to a narrow – and hotly disputed – points reverse against Dennis Ceylan in his European title challenge last time out.

The angst that accompanies defeat is still detectable in every sentence as his reflects on his unsuccessful mission to Denmark and it won’t be until his arm is once again raised in triumph that he will truly be able to exorcise the demons.

“I think the best way to reconcile yourself to a ‘learn’ – I hate calling it a loss – is by being in the ring and showing what you have learned from that defeat.” 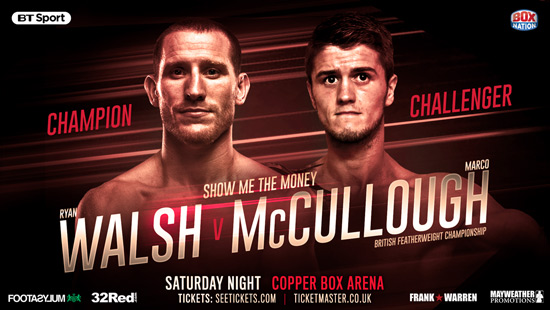 “That is a really good question, what did I learn? I learned that you have got to do more fighting overseas and I blame myself for not knocking him out.

“I knew what my goal was, to go out there and take it away from the judges and I regret giving them the chance to do what they did.

“I think I will show what I have learned better that I can say it – that is my intention. I’ve been going over certain things I can do better and showing it is better than saying it.

“No I’m not over it, not until the 20th and then I can put it to bed. I had a goal and a dream on that night and it wasn’t fulfilled. It does help you because it is fuel for this fight and hopefully a future fight (with Ceylan) if I get the chance to really reconcile it.”

If losing to Ceylan was a setback, it is far from the despair that followed his first professional reverse against Lee Selby back in 2013.

Giving a good account of himself against the now world champion resulted in Ryan being cast into the wilderness for two years due to being considered risky business by fellow contenders.

This time around, his status as British champion is maintained with everything still to play for.

“That is true and I’ve got to be grateful for that. Everything is for a reason because, had I won the European title, maybe I don’t come back for the British.

“It is a funny game boxing and I don’t regret anything. Even what happened in Denmark because it will make me a better fighter and a better person.

“You tick boxes all the time and I am happy that I get to go back and try and keep this title outright. Two fighters recently have tried to do and it didn’t happen for them.

“Boxing is full of ebbs and flows. I was on a very good flow and I intend to find it again quickly.”

So what will going with the flow entail should his reign as British champion be reinforced by ownership of the treasured strap?

“When I do my job I will be going to my team stressing that I want the best fight – hopefully for a title – that will help me fulfil my dream.

“Once Liam becomes world champion, everything he has done before I want to do myself and they will be the obvious steps for me. I want to find out how good I am.”

Coverage begins from the Copper Box Arena, live and exclusive on BoxNation and BT Sport, from 7.30pm on Saturday