World rated Liam Walsh is closing in fast on a world title shot and knows he can’t slip up against Troy James on Saturday 11th July at the Manchester Velodrome (National Cycling Centre).

The undefeated Cromer star makes the second defence of his British Super-Featherweight title against James, the mandatory challenger, with Walsh’s Commonwealth belt also on the line, live and exclusive on BoxNation.

Walsh, rated number four in the world by the WBO and nine by the IBF, will take a step closer to a world title shot if he defeats James and is keeping a close eye on WBO World Champion Roman Martinez and if he faces Orlando Salido in a rematch. 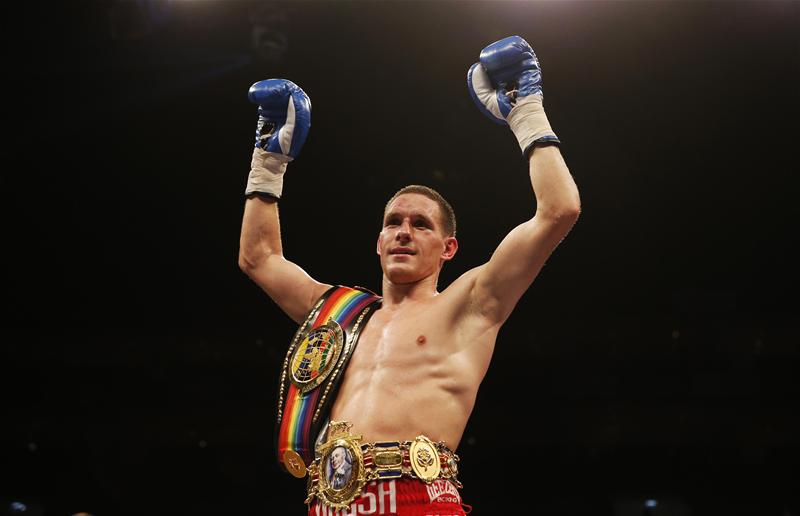 One further successful British title defence would see Walsh achieve an ambition of owning the prized Lonsdale belt, but the opportunity of winning a world tilt is a massive lure for the super-talent.

All-action Walsh knows that he needs to beat the tough and tricky James, who’s only lost twice in twenty fights and has never been stopped, before he makes further plans and says the Coventry man will not be a knock over.

“I’ve been training and fighting hard all of my career and now I’m getting close to the big one,” said Walsh.

“I’m rated in the top ten for two of the major governing bodies, number four in the WBO and nine in the IBF, and in the next few fights I believe that I’ll be facing one of the world champions.

“I watched Martinez versus Salido and I was impressed with both guys, but I really believe that I could beat either one of them if I had the chance and I’d love to prove it.  Martinez holds the WBO crown and I’d love the shot at him, he’s already been beaten by Burns, but I reckons I could do a great job on him.  Salido is the more attractive name as he holds the win over Vasyl Lomachenko and I think it would be a right war between us.

“There is also the chance of winning the British title outright which is dream of mine if I come through against James and make one more defence so that is another opportunity for me.

“Right now I’m focussing on James otherwise I won’t be talking about Martinez, Salido or any other world champions if he beats me, which I’m confident he won’t, but I’ve got to make sure I don’t give him a single chance.  James has got himself into the mandatory challenger position and he’s a decent fighter.  I’ve watched him for the last few years and I know he can be really dangerous.  He used to be an aggressive and wild fighter but he’s toned it down now and he’s a more effective fighter.  He’s not easy to hit and he can bang a bit so I’ve got to be careful with him.

“He’s never been stopped and he took Terry Flanagan, who can punch, the ten-round distance in their English title fight.  I want to do a good professional job on James and it will make a good statement.

“The pressure is on, but I like pressure as it helps me perform to my best and that’s how diamonds are made.”

Terry Flanagan headlines the show when he challenges for the Vacant WBO World Lightweight title against American knockout sensation Jose Zepeda.  Also on the show Ellesmere Port star Paul Butler, the Former IBF World Bantamweight Champion, makes his highly-anticipated comeback, and Chorley ace Jack Catterall makes the second defence of his WBO Intercontinental Light-Welterweight title as he marks himself as one of Britain’s hottest young talents.

The Channel Of Champions, BoxNation, will televise the show live and exclusive on Sky 437/HD 490, Virgin 546 and Talk Talk 525.  Subscribe at BoxNation Or watch online at Livesport.tv and via iPhone, iPad or Android.