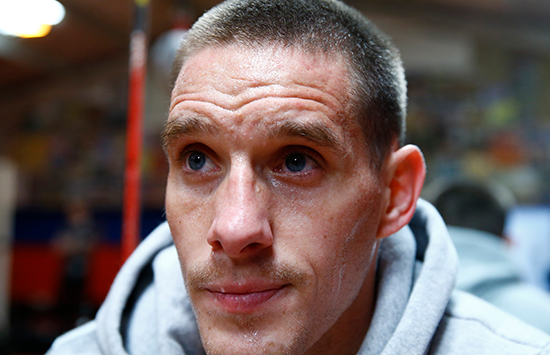 Liam Walsh knows the score if his quest to knock the IBF world super featherweight champion off his perch ends up going to the scorecards.

The 30-year-old accepts that he cannot afford to be subtle in his work at the Copper Box on Saturday. Walsh has always been one to box clever in gradually breaking down his opponents but, on this occasion, he suspects he will need to be more obvious and display a #snarling aggression in order to catch the eye of the three judges.

Methodically unpicking the defences of Davis might not do the trick.

“I agree and it is something I am worried about a little bit because, although I am the home fighter geographically, it is the IBF title – an American-based governing body – and I am against Gervonta Davis, the next star of boxing,” reasoned the challenger.

“He also has Floyd Mayweather and Al Haymon with him, who are powerful and influential people in boxing.

“So yeah I am the home fighter because we are fighting in London, but that is it and any close rounds I cannot be expecting to be winning.

“The IBF state that they don’t favour drawn rounds so the close rounds I’m probably not going to get. I do need to be winning the rounds and winning them well although, obviously, against world class opposition it is going to be difficult.

“I’m going to do everything I can to make sure I get a fair crack on the cards if it does go that way.

“It is about aggression, which might play into his hands also,” added Walsh, who insists he will have no issue with going for broke at any point if the situation calls for it.

“I’ve played over in my mind millions of different ways this fight can go or situations that can happen. I’m just going to do everything and anything, whatever I have to do to win – even if that means I have to throw a thousand punches a round to win. I will attempt that.

“Whatever I have to do, I will adapt round by round, or second by second if I have to, just to get the win. If I jab and hold and I’m winning doing that, then I’ll have to do that. Although I can’t seeing it going that way.

“If I have to go for broke I will do that at the drop of a hat. I will do whatever it takes.

“What no-one has dared even mutter yet is me knocking him out! I’m not going to run around the ring frightened to death of his power – nowhere near it. I’m not frightened of his power anyway, he is 9st 4lbs and I am not scared of any man at that weight.

“It is not about punching power either because I know I can more than hold my own in that department. I am not some big massive knockout artist, but no-one at 9st 4lbs can walk through my punches.

“He’ll know about it when I am hitting him. You won’t see me jumping around going crazy if I knock him out because I won’t be shocked by it.”

Presumably Davis is planning to let his fists do the talking in the ring because, with being under the wing of Floyd Mayweather jnr, he must struggle to get a word in edgeways. That, or he is happy to let the Money Man pull his strings and talk for him.

“It looks that way, I’m not sure why or if he is not smart enough to answer his own questions, or it is a case of let Mayweather keep talking because everyone wants to hear it?” questioned Walsh.

“Not only that, Mayweather has been around the game a long time and he is smart enough to get in and out of situations when needed.

“It seems to me like Floyd is the puppet master and Gervonta is dancing around getting his strings pulled. If that works for them, fine, but I am my own man and that has never happened with me.

“The last man who could tell me what to do is under the soil now. You’ve got to be your own man and nobody’s puppet.”