WARRINGTON BACK WITH A BANG

THE BIG INTERVIEW – JOSH WARRINGTON
Round 1 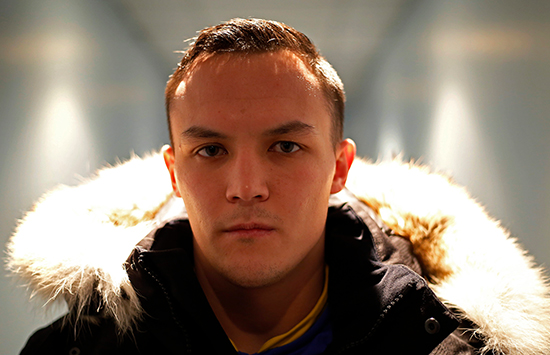 Little did Josh Warrington imagine when he clinically quashed the resistance of Patrick Hyland at the end of July last year that a 10-month sabbatical from operating under the bright lights of the Leeds Arena was forthcoming.

At the time his thoughts were trained on a potential scrap with Lee Selby, that was put to him for the December, but ultimately came to nothing. Subsequently the 26-year-old opted to jump ship and is set to cruise full steam ahead on the shiny new liner sailed by Frank Warren on behalf of BoxNation and BT Sport.

His change of promotional direction, coupled with corrective surgery on a nagging elbow injury, has resulted in his hometown arena going without the raucous din generated by Warrington’s army of supporters raising the roof. Until May 13 that is. Not long to go now.

The featherweight headlines at his personal fortress on a bill titled ‘United’ alongside Leeds girl and boxing’s leading lady, Nicola Adams, the two-time Olympic champion making her second professional appearance.

Prolonged absences from the ring, more often than not, results in the conversation turning to the subject of shaking off rust. Warrington insists there is no corrosion of his fighting faculties because he made sure he was no stranger to the gym and restoring himself to pristine condition has been a relatively seamless process.

“I wouldn’t say it was a slog, because I always keep myself active anyway,” reported the 24-0 man, who will put his unbeaten record on the line against former world champion Kiko Martinez.

“I boxed in July, then in August I had a bit of time off to do things away from boxing, but I was back in by September. I was sparring and everything because I was expecting to be out by the end of the year.

“I had an injury so I then got the operation done and I have been more or less training full-on now since January time. 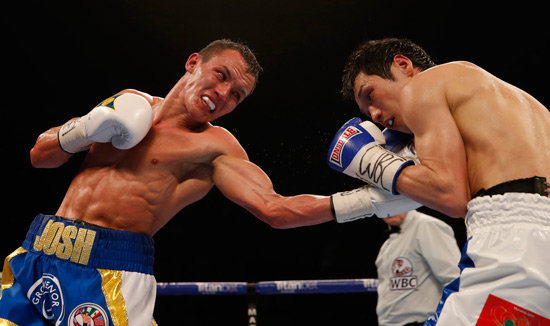 “I’m fit as a fiddle, I’m feeling really good, so I have no worries about being unfit, rusty or anything like that.”

Warrington suspects lacklustre performances after a period of time out are a consequence of not managing to ensure mind wins out over matter. The danger of turning in a sluggish display was put to him while on punditry duty for BT Sport last month in Leicester in the wake of Tyrone Nurse not looking his usual self and ultimately failing to fully overcome the game challenge of Joe Hughes in British title combat.

He believes, with his own full-throttle fighting fashion, that he will quickly get back in the swing of things against the 31-year-old Spaniard.

“If you let it affect your mindset, if you start thinking about it, you will have a problem. Get in there and after a couple of rounds it should be fine. If you have done enough sparring I don’t see why it should affect you too much.

“That is what you do sparring for to get used to it again. I’m not worried about being out for a while.”

So, with his engine fine tuned, Warrington reveals that the repairs to the vital component of his elbow has removed a stress factor and left him chomping at the bit to get back in the thick of it.

“One hundred per cent. Obviously fighters get injuries and most of them go under the radar. It is not the first injury I’ve had and it probably won’t be the last – these things happen and it is a tough sport we are in.

“It is now a stress off my mind, from going into the gym and having to put an extra strapping on the arm, then coming home and being much sorer than normal. It has taken all that away now and I don’t have to worry about it.

“I don’t have to think about it not being right in a fight so it is good to have got it sorted.

“Being inactive has been frustrating, especially when you want to keep a momentum going. It is one of those things but, if anything, it recharges batteries both physically and mentally.

“You also build up a bit more hunger inside you and makes you want to get back out there and get everyone talking about you again.

Next time: You ain’t seen nothing yet – Josh on why the Leeds Arena will be a whole new brawl game for BT and BoxNation