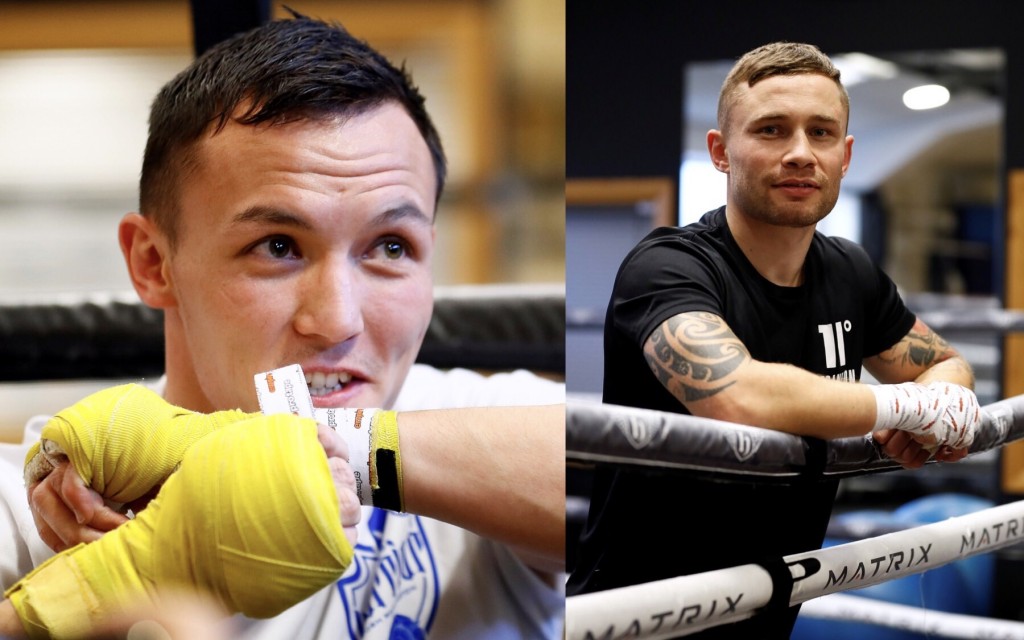 JOSH WARRINGTON REJECTS the notion that his December 22 world title challenger Carl Frampton is back to his best.

The Jackal suffered the first defeat of his career against Leo Santa Cruz in January 2017 after becoming a two-weight world champion with victory over the Mexican in the previous July.

A period of inactivity followed before Frampton launched his bid to become world champion again with wins over Horacio Garcia, Nonito Donaire and Luke Jackson.

He strongly refutes the suggestion that his best years are behind him, but IBF world champion Warrington believes he has hit or is nearing his ‘best before’ date.

“I don’t think so,” responded the 27-year-old to the question of whether his 31-year-old challenger is in his prime years. “We’ll see on the 22nd and obviously he is going to train like a demon. He is going to come in there believing he is back to his best, but he has had a lot going on outside of boxing and had a bit of inactivity after the Santa Cruz fight.

“Alright, he had a short camp for the Horacio Garcia fight, but I don’t think he can take too much away from that. With Donaire he did what he had to do to win and I don’t think Luke Jackson posed too much of a threat.

“Something tells me he is just not the same Carl Frampton as he was.

“Has he lost a little bit of edge? I don’t know, but I do know that I am reaching my peak years.

“Before my last fight (against Lee Selby) I would have thought I would just be happy to win, but I came out of the ring thinking ‘who’s next?’. The fire is burning more than ever in the belly and I’ve worked hard to win this world title.

“Now I’ve got it I want to keep it and finish 2018 as champion with two massive wins. The first at Elland Road making history for the city of Leeds, my kids being born and now this could be the perfect end to my year.”