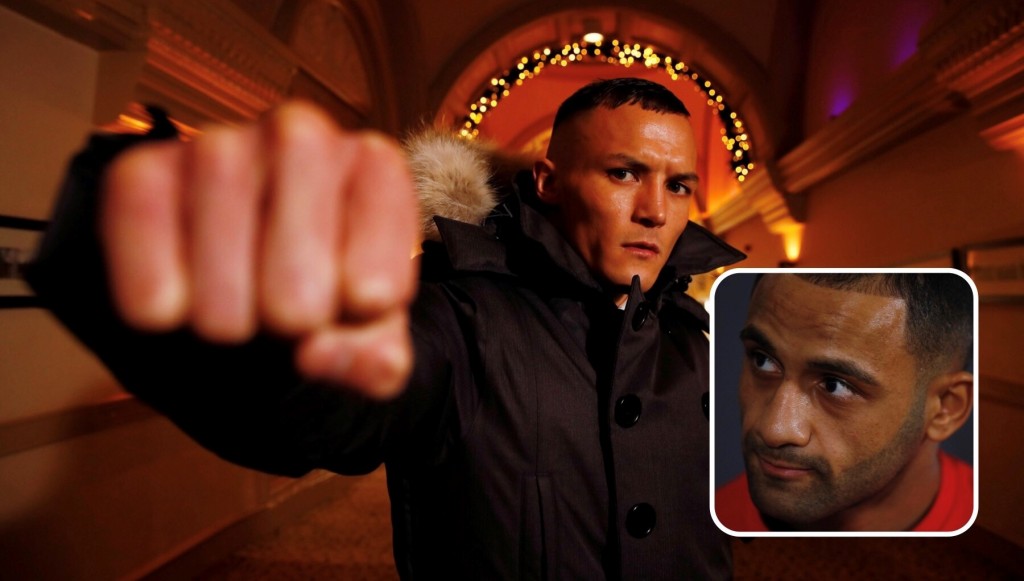 JOSH WARRINGTON has no interest in meeting Kid Galahad for a drink after their big world title fight even if they are all hugs after the final bell.

Warrington (28-0, 6KOS) insists that his mandatory challenger will need to find outside interests after he defends his IBF featherweight title against his fellow Yorkshireman at First Direct Arena, Leeds on Saturday June 15.

The champion is the polar opposite of Galahad and when he isn’t in the gym forgets about boxing by spending time with his wife and one-year-old twins.

Warrington teased: “He is pretty boring. You wouldn’t wanna go out for a pint with him, would you? He’d have nothing to say.

“Everyone is different. That might suit him, living like a monk but I think you need to have a switch off from boxing because it is constantly there.

“You might think you’re always hungry, but it is during that little bit of time away living life when you realise there is a little bit more hunger for boxing in there.

“My way of going about it has done me all right. I’m a family man, I like to socialise with my pals and enjoy life.

“When I’m at home, I switch off and boxing gets left at the door. I go home to my little girls and I’m daddy and want to make my wife happy that’s me.

“When I come to work in the gym it is learning.  I give it 100%, and train like a world champion should.”