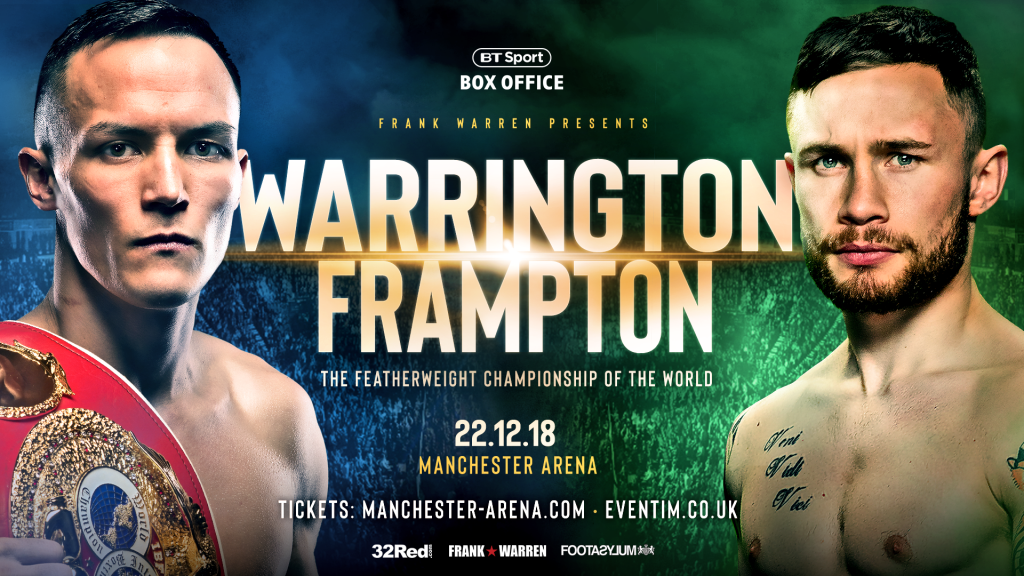 CARL FRAMPTON INSISTS the IBF world champion Josh Warrington is clutching at straws if he is banking on him being on the decline ahead of the pair’s blockbuster encounter at the Manchester Arena on December 22.

The 31-year-old two weight world champion suspects his younger rival is taking confidence from the belief that he has seen better days, with Frampton considering his optimum fighting condition to be right now.

The Belfast hero is coming into the fight off the back of a convincing victory over Luke Jackson at Windsor Park in August, where he defended the WBO Interim world featherweight title he won so impressively against multi-weight world champion Nonito Donaire at the SSE Arena in April.

“He’s wrong and I think that is maybe what they are going off and they are hoping that I have reached my peak,” the Jackal told BT Sport, who will be screening the fight exclusively in the UK via the BT Box Office platform. “But I haven’t and I believe my peak years are right now.

“Warrington is wrong and I am in my peak years right now.”