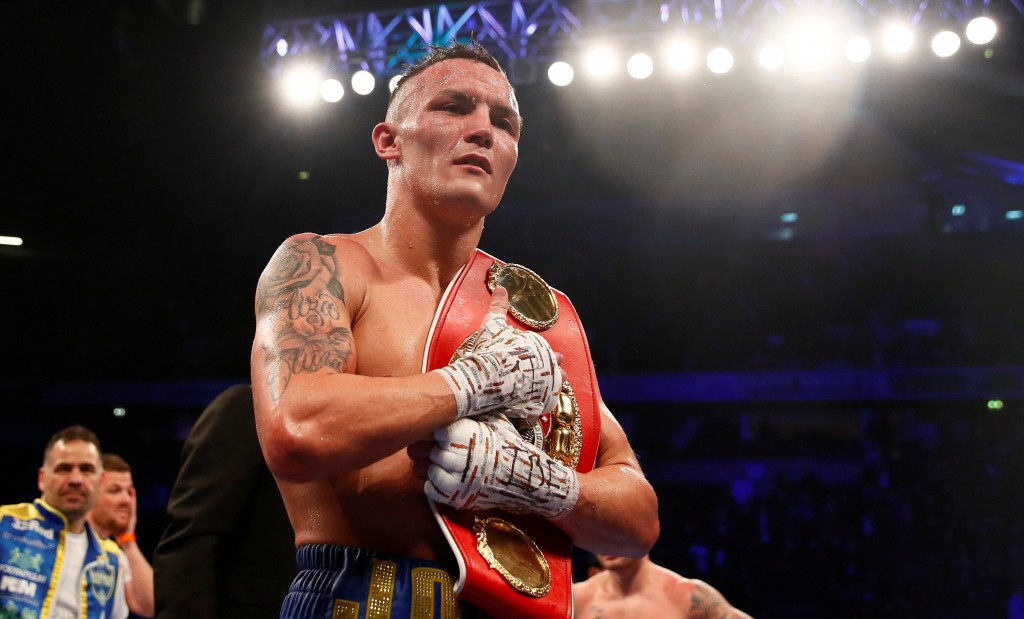 JOSH WARRINGTON has scoffed at suggestions that his appetite for success has diminished since his hugely successful 2018.

The IBF world featherweight champion returns to the ring at the FD Arena in Leeds on Saturday night to make a second defence of his title against mandatory challenger Kid Galahad, having won his belt and made a spectacular first defence against domestic rivals Lee Selby and Carl Frampton respectively last year.

Sheffield’s Galahad and his trainer Dominic Ingle have put it out there that Warrington has now enjoyed a taste of the high life and may no longer retain the hunger that saw him overwhelm the favourite in his last two title fights.

Warrington insists nothing could be further from the truth and his mindset now is trained on adding to his belt collection, once he has accounted for his Yorkshire rival.

“It is a bit of a silly statement, to be honest with you,” said the undefeated Leeds Warrior. “I’ve worked very, very hard over the years to get into this position, so to say I will be having my feet up with cocktail in hand is ridiculous.

“I’ve set my goal on unifying the division now and winning another world title, but I’ve got to fulfil my mandatory challenge – which is Barry (Galahad) – and I won’t take my eye off the ball. I am not that stupid to think that any fight is a given, because it is not.

“It doesn’t matter if you are fighting Mr Tumble, you’ve still got to prepare for the person in the opposite corner.

“I am fully focused and in a very good place, mentally and physically, and just set on getting the win on June 15.”

Warrington added that his encounter with the also unbeaten Galahad will be approached with the same intensity as that with Selby and Frampton, only with increased defiance in protection of his prize possession.

“It’s a bit different because it is a different opponent, the same with comparing those two fights together. In terms of the fight, I’ve got my world title here and I’m not losing this to anybody.

“The hunger is still there and I know what needs to be done. I’ve trained like I’ve always trained every time I walk into the gym and have had the same kind of mental preparation.”

Other fighters confirmed in action on the bill so far include Lyndon Arthur, Alex Dickinson, Mark Heffron, Jack McGann and Troy Williamson.