WARRINGTON TO PUSH FOR FRAMPTON STOPPAGE, REGRETS NOT STOPPING SELBY 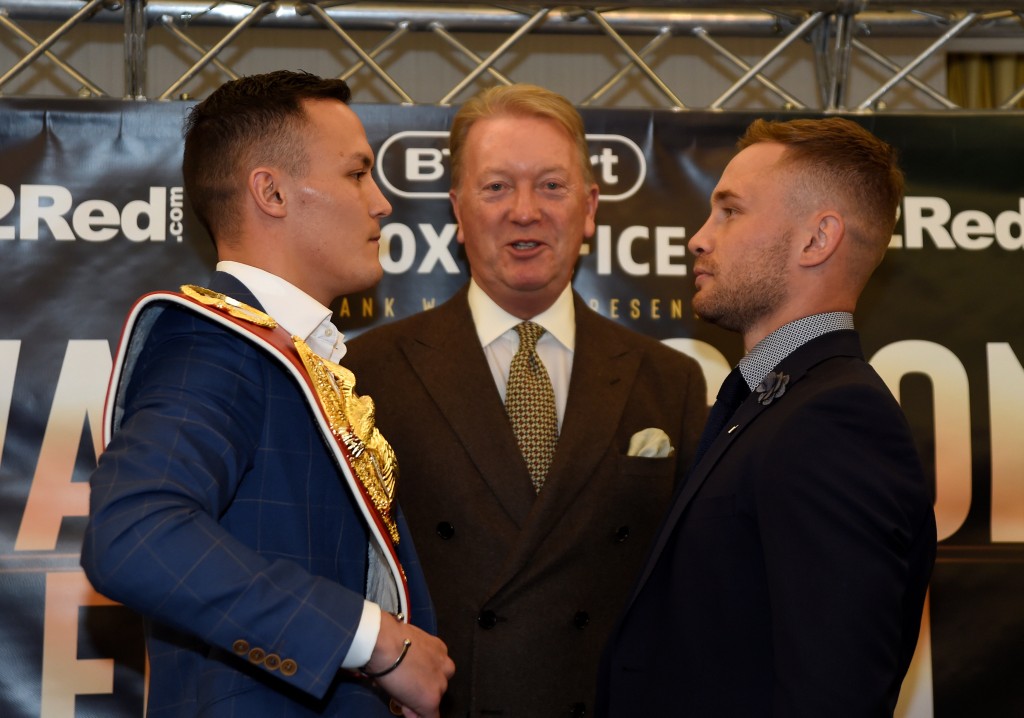 IT IS HARD to imagine Josh Warrington having any regrets from his epic world title-winning encounter with Lee Selby in May.

It was a night when everything clicked perfectly into place for the Leeds Warrior. From the fight being staged inside his footballing place of worship at Elland Road, to the Kaiser Chiefs playing him into the ring in front of a buoyant bumper crowd, to a dominant display that unseated a long-standing world champion.

His regrets are not a few – just one – in that he didn’t go for the jugular when he had Selby on the ropes to force a stoppage.

Now the IBF world featherweight champion states that he won’t afford Carl Frampton similar leeway when the pair get it on at the Manchester Arena on December 22 in first defence of his title, live on BT Sport Box Office.

“It is going to be high octane with plenty of energy in there with two fantastic styles,” considered the 27-year-old champion, talking to BT Sport. “I think the fight might change patterns in terms of feeling each other out and being edgy, then busy in spells, but I can see nothing else than me taking over from the second half.

“Coming out of the Selby fight, if I was going to criticise myself or kick myself, I wish I had just pressed on. This time around, if I see the opportunity I am just going to go for it.”