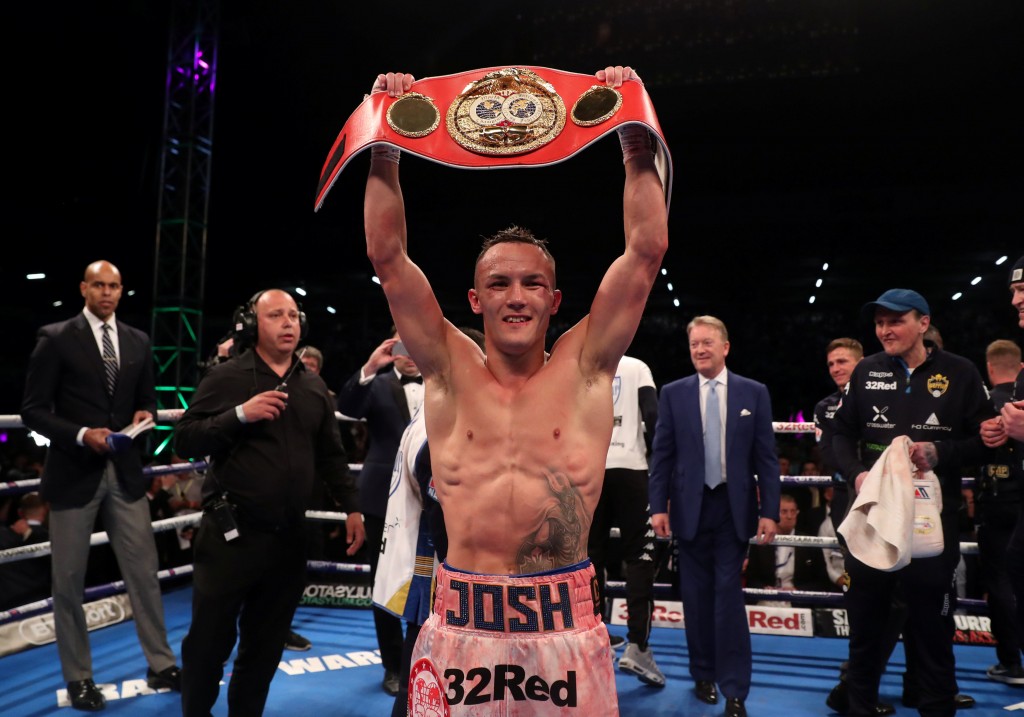 Josh Warrington confesses he found it ‘satisfying’ when he proved wrong the doubters who wrote off his chances of becoming world champion.

He also added that it will be the same thing again when he defeats Carl Frampton in their BT Sport Box Office clash on December 22nd in Manchester.

After being asked if being the underdog gave him an extra edge in his preparation’s for Frampton, Warrington responded with no hesitation;

“Yes, it’s making me train harder and I want to turn around and stick two fingers up, it was sweetly satisfying after the last fight.”

In his previous fight, domestic rival Lee Selby was a clear favourite heading into the contest against Josh Warrington.

But the Leeds underdog re-wrote the script and stunned the boxing world by out-boxing Selby to a shock victory, claiming the IBF world featherweight title in the process.

“…to be able to after the fight, scroll through my social media when I got home, my world title sat there, cup of tea… you were saying?!” joked the IBF world champion.

He continued: “I think it is nice to turn around, especially when you’re doubted, it wasn’t that a few doubted me, the whole country doubted me who took interest in that fight. Nobody was giving me a round never mind the fight, and the way I went about it, it was a bit sweeter.

“… and I feel like it will be the same with this one [against Frampton].”