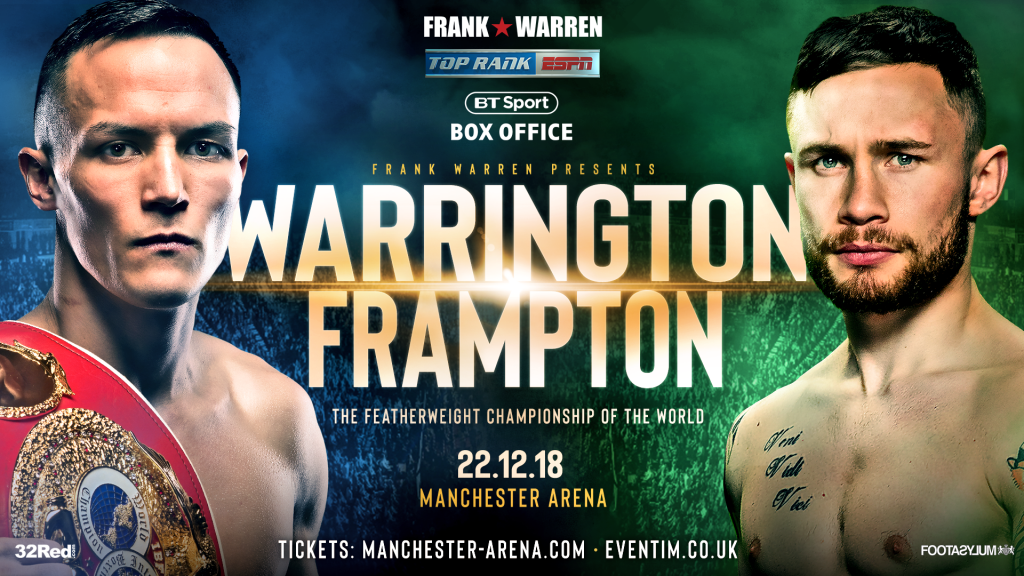 And, as confirmed earlier this week, in a special attraction, top featherweight prospect Michael “Mick” Conlan will make his final ring appearance of 2018.

“I am truly honored that ESPN+ will be showing my fight,” Warrington said. “I announced myself onto the world stage by winning the world title, and now I want to show the American audience who Josh Warrington is by beating Carl Frampton. The long-term aim is to fight in the United States, so this is preparing the audience! The fans are going to witness something special on Dec. 22.”

“It is fantastic news that my bid to become a world champion again will be screened live on such a heavily subscribed US platform as ESPN+,” Frampton said. “It is always a thrill to know that your fights are being showcased to an American audience, and I fully believe they will see something special from me on Dec. 22 when I become a two-time world champion at featherweight. Then, I will look to unify against one of the top American world titleholders in 2019.”

“I am really excited to be fighting on the same card as my stablemate and friend, Carl Frampton,” Conlan said. “I am looking to step up in class and reach 10-0 as a pro by Christmas. The Conlan Revolution rolls into Manchester!”