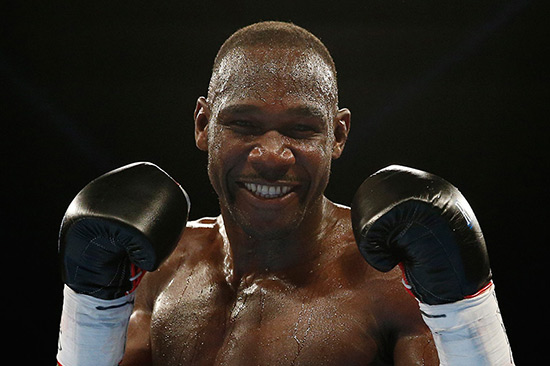 Former British, Commonwealth and WBA Continental Cruiserweight Champion Ovill McKenzie has pulled the curtain on a glittering career after being diagnosed with a heart condition.

Derby-based McKenzie won 25 of his 38 professional bouts, with 13 coming by knockout.

Trained by Martin Bowers at Canning Town’s famous Peacock Gym, McKenzie came within touching distance of winning World honours – at 11 days notice – when he controversially drew to Argentina’s Victor Emilio Ramirez in a challenge for the IBF World Cruiserweight title in Buenos Aires in October 2015.

The hard-hitting McKezie won his first professional title when he stopped Peter Haymer in the second round at York Hall to claim the Vacant Commonwealth Cruiserweight crown in September 2006. In 2011, all-action McKenzie moved down to Light-Heavyweight and scored a first round TKO win over Jeff Evans to pick up the Light-Heavy Commonwealth title.

He went on to make two successful defences of the Light-Heavy title against Tony Dodson and Welsh icon Enzo Maccarinelli.

Post-Maccarinelli, McKenzie lived up to his nickname by slaying a trio of Brits. Tony Conquest, Jon Lewis Dickinson and Matty Askin were defeated against the odds, with the conqueror placing credit for his success on the support structure of Bowers and promoter Frank Warren.

McKenzie announced his retirement via his Twitter account earlier today, stating: “It is with great sadness that I announce that I am retiring from boxing. I have been diagnosed with a heart condition.

“I can no longer pursue my dream of being a World Champion. I would like to take this time to thank everyone from my team to the fans!

“As disappointed as I am about the situation, it has been a great pleasure getting to perform for you all and I have to keep my chin up!”

Frank Warren and everyone at Queensberry Promotions and BoxNation wish Ovill the very best in his future endeavors.