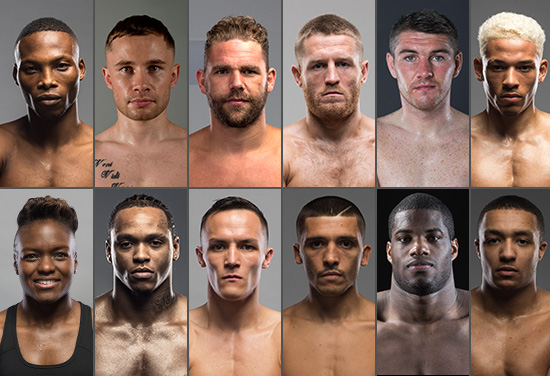 WE HAVE NOW bid farewell to a memorable 2017, but the significant milestone of our first year working in tandem with BT Sport does not come around until the end of the first week in April, so there is plenty more to come before we are due our annual appraisal.

We got our revamped show on the road on April 8, 2017 in Manchester and subsequently made stops in Leicester, Leeds, London, Newcastle and Belfast in what has been a hugely encouraging beginning for BT’s entry into the sport in conjunction with ourselves.

I believe it is true to say we have made our mark and, to some extent, have reestablished ourselves – although, to be honest, I think we were always doing bloody well in challenging circumstances beforehand – and now it is just about moving on from where we are now and taking it to the next level.

While there is a satisfaction over what we have delivered for our fighters and the fans, the intention is to go from strength to strength and we are aiming for bigger and better.

We were delighted to join forces with the likes of Josh Warrington and Carl Frampton last year as strengthening our pool of top fighters is something we will continue to do when possible  and we are currently in talks with a couple of others.

We have put our marker down and what we have to do is seek to surpass the standards we have set.

However, even with the best will in the world, you are always going to get a couple of bum shows every now and again, no matter how hard you try.

Sport is never and exact science and it is like football matches in that fights don’t always live up to expectations. Look at Man City the other day against Crystal Palace when they didn’t look like the world beaters we are all making them out to be.

It happens now and again, but what we always try to do is build a card where, if one fight does prove a disappointment, there are others that will deliver the goods for the fans.

We have been successful so far in that respect and it is what we are trying to maintain because, for us, it is all about bringing our fighters through and putting them into good fights that will develop them.

While each of our shows across 2017 was enjoyable, there were a few that stood out for me for different reasons. Our first visit to the FD Arena in Leeds, where Josh Warrington’s army of fans made it an inspiring atmosphere for both Josh and Nicola Adams, immediately springs to mind.

Then there was definitely a crackle in the air at the Copper Box when the Money Team was in town – and out in force – to support Gervonta Davis in his successful defence of his world title against Liam Walsh.

There was the barnstorming show in Belfast that had a bit of everything, but what sticks in the memory most was the raucous, yet incredibly sporting, din generated by the packed house at the SSE Arena.

We are all looking forward to going back there in early April.

But Carl Frampton isn’t the only one with a really significant fight looming in the first half of this year as a number of our fighters are poised for big things.

Then there is Billy Joe Saunders ready and waiting to make a fourth defence of his WBO world middleweight belt and demonstrate, once again, why he should soon be the rightful next in line to face the winner out of Canelo and Golovkin.

I am confident that Britain’s clutch of world champions will be boosted in numbers by Terry and Liam and we work hard behind the scenes to ensure these opportunities are presented to our fighters, while they do the business in the ring.

There are a good few other world champions in waiting who will make big strides this year and it will be fascinating to monitor the progress of the likes of Anthony Yarde, Zelfa Barrett, Daniel Dubois and Lyon Woodstock as they too approach the big league, while we continue to test the exciting crop of youngsters that are currently being nurtured towards title contention.

Many of those will be on show on our next stop at the Copper Box on February 10 and I, for one, cannot wait to get started again.

AFTER EXTENDING HIS unbeaten record to 15-0 – with 13 via KO – the two-weight world champion known as ‘Monster’ declared his intention to munch on opponents at a third weight category.

Naoya Inoue was also not shy in naming names as he clearly wants to take on the best at bantamweight and that is obviously Zolani Tete. 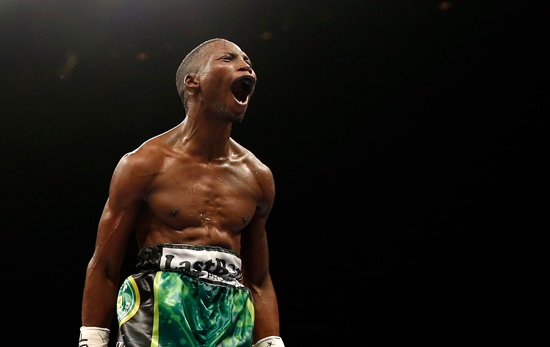 Do you know what, that would be the fight that Rigondeaux-Lomachenko wasn’t! There would be no swerving this one from either man and it would be an absolute belter.

Our man Zolani has a mandatory to oblige first against Omar Andres Narvaez, but after that there is no reason at all why this mega-fight cannot happen.

We would sign up for it in a heartbeat.