What a belting night in Belfast!

THE PACKED HOUSE at the hugely atmospheric SSE Arena in Belfast were treated to something of a variety show on Saturday night.

We saw a bit of history being made with a sledgehammer right hook bringing about the quickest ending to a world title fight; we had an emerging world champion with potential superstar written all over him and then the local hero opting to treat the fans to a good old fashioned tear-up.

So there was something for everybody, but let’s start with Zolani Tete and his brutal slaying of countryman Siboniso Gonya, with the fight officially ending after just 11 seconds. 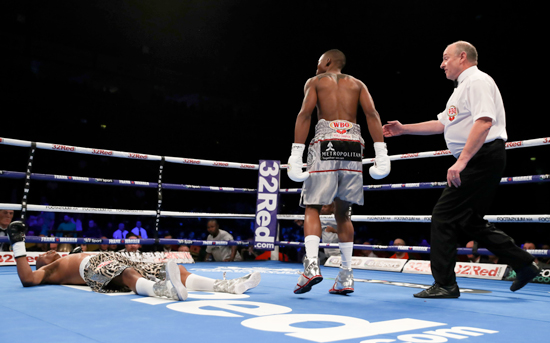 As a rule, when you have a world title fight over and done with inside a round, you can expect a fair bit of flak to be flying around with regard to whether the opponent was up to it or not.

There was nothing of the sort on this occasion because everybody realised just how chilling that finish was.

What potential future opponent Ryan Burnett made of it all we don’t know, but I would imagine the lad himself would be more than up for attempting to add another piece to the two he already holds in the world bantamweight jigsaw.

Ryan is a very talented young fighter and doubtless he would like to test himself against a proven top operator such as Tete, who would happily travel back to his home town to make it happen. Whether those around him feel the same, we will have to wait and see.

I felt for Jamie Conlan who, as always, gave his absolute all but was up against someone in Jerwin Ancajas who could really turn out to be something very special.

Super flyweight is a devilishly tough division at the top end against small men with spite in their fists. Jamie deserved his shot and gave it his best one but, like I say, Ancajas has got something about him and it wouldn’t surprise me at all to see him start to unify the belts.

I must mention Paddy Barnes who, in just his fifth fight, is really coming along and has now added the WBO Intercontinental title to his European belt. 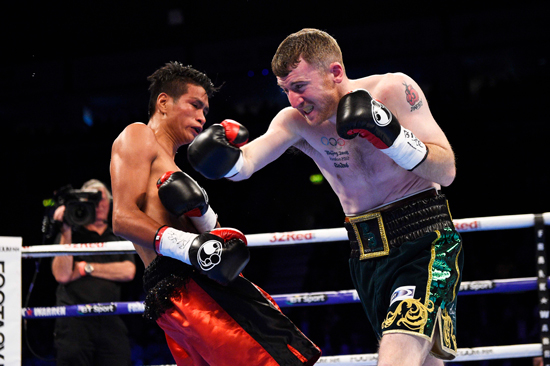 If he had his way he would fight for a full world title tomorrow but, what we have to do, is slow him down a little bit and top up his experience. He was an amateur for a very long time so it has been a massive change for him.

Which brings us on to the undisputed pride of Belfast and what a reaction and support Carl Frampton enjoys from his fellow locals?

It was always going to be a tough night for him against Horacio Garcia – we all knew that – and it was how it turned out.

He started off the fight showing real class and authority in his work before his crowd-pleasing instincts perhaps got the better of him and made it a harder night than it maybe should have been.

What we do know for sure is that Carl possesses genuine quality and is more than up there with the best, no doubt about that.

He is a hero to the Belfast public and quite rightly so. He is a good guy and also a game sod because it was him who picked the opponent. He didn’t want a routine fight and he didn’t get one.

Now he is back in the swing of things I am not going to have him kicking his heels for another six months because he needs to keep busy and match fit.

As far as a world title fight goes, if we can get one on in the spring I would do it. If not, he will have another good fight and then we will have a big event in the summer for the world title.

There is so much to look forward to next year from our featherweight trio of Carl, Josh Warrington and Lee Selby, with juicy domestic dust-ups all there for the making.

Scott Quigg was also in the arena on Saturday keeping an eye on things and it was nice to see him there. I don’t know what his contractual situation is at the moment but, if he wants to join in, we would happily do business with him.