WHERE’S THE B SAMPLE? 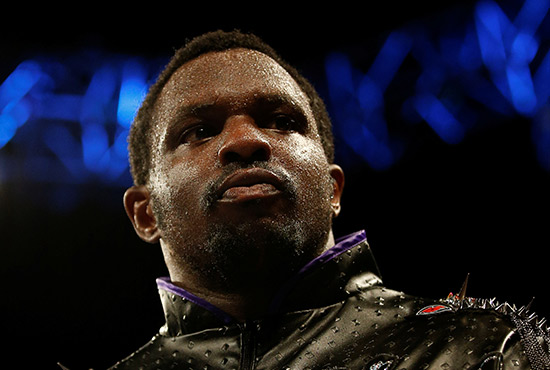 The silence surrounding the failed drugs test of Dillian Whyte – and the subsequent permission given for him to fight – continues to hold firm.

How can this ludicrous state of affairs possibly be in the best interests of British boxing? It would make us a laughing stock if it wasn’t so serious.

I know it must seem like I am banging on as if I have some sort of agenda, but the safety of boxers in the ring should be the primary concern to all those who care about boxing.

It must be approaching two weeks now since the adverse findings were reported by UKAD to the BBBofC and Dillian Whyte.

It should be a straightforward process because, unlike with the original sample, they now know what they are looking for. Surely, with Dillan’s career hanging in the balance he would be more than eager to get the sample tested to clear his name having previously served a lengthy ban from the sport for an anti-doping violation.

To add some context, we promoted Middleweight Joe Mullender, who had an adverse finding on an A sample test last year. We felt it was in the interest of all concerned that we had the subsequent testing process expedited as a matter of urgency and we achieved this within a matter of days at a cost of £400, so that we were able to establish all the facts.

In the meantime, we as a sport are in a quandary. I am a promoter and manager, and now have serious concerns over the fact that when we are making matches, we have no transparency as to whether the opponents have previously tested positive or not.

Everyone should remember the crucial point in this whole sorry saga is that Oscar Rivas wasn’t made aware of the serious risk he was taking getting in the ring that night at the O2 Arena against Whyte, who had just failed a drugs test. I believe that the promoter, UKAD, and the BBBofC, all who were involved in the bout, had a duty of care to make Rivas aware of that fact before he stepped in the ring.

We are now in the terrible position where nobody knows what they are supposed to do and no guidance is forthcoming from UKAD, who have even removed their list of banned fighters from public view with no explanation given.

Thomas Hauser, one of the most respected journalists in the sport, has rightly reported on this matter and is now being discredited by Eddie Hearn, suggesting that 50 per cent of his breaking story on Whyte is wrong. Yet he fails to elaborate on which points are supposedly wrong.

As a leading boxing writer and a lawyer, is it right that Hauser has to endure having his reputation trashed for doing his job and bringing this serious matter to the public’s attention and more importantly, to the man most affected by this sorry situation, Rivas?

Why doesn’t Hearn say publicly what are the 50% inaccuracies with Hauser’s article, let’s hear what they are, if indeed there are any?

Hearn has mentioned the VADA testing that Whyte also undertook. These tests are mostly done within a certain time window, in this case it was on or about 17 June. UKAD tests are done on a wholly random basis, and their test was done around 22 June, it rarely happens that two tests are done so close together by different Agencies.

Crucially, it is a fact that some PEDS, can take only three to four days before they leave the system.

Whatever has taken place in this case and whether there has been “procedural issues”, lawyers have written to most of the media claiming Whyte’s privacy is being invaded, despite the fact he has gone on record himself on a number of occasions accusing some of fighters, including Anthony Joshua, of being “Juicers” without providing any proof.

After making such accusations, I believe he forfeits any right to privacy after he was informed that he himself had tested positive.

I recall when the Board were taken to court by Michael Watson because of the inadequate safety measures for his Matchroom promoted fight against Chris Eubank. He subsequently won substantial damages against the Board which resulted in them going into administration.

During the action, one of the comments made by a member of the Board in their defence was that “Watson knew the risks he was taking when he stepped into the ring.”

With all the lessons learnt from the Watson tragedy, which resulted in the vastly improved safety measures now put in place by the Board to protect boxers, you would have thought that all concerned would have reflected on that comment and ensured Oscar Rivas was aware of the serious risk he was taking when he stepped into the ring against the positive tested Whyte.

This is a serious situation for the credibility of boxing and at the very least we are entitled to ask after nearly two weeks what has happened to the B sample.