Who chipped in when the chips were down?

In the wake of the worrying aftermath of Nick Blackwell defending his British middleweight title against Chris Eubank Jnr at Wembley, Matchroom overlord Barry Hearn was quick to reassure readers of his column last week of the measures implemented by the sport in this country to prevent, what is thankfully a rare hazard of the game, becoming life-changing or even fatal injuries. 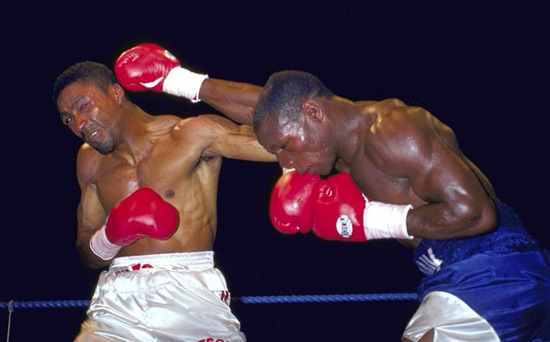 Hearn, indeed, was speaking from experience, as it was on his promotion in 1991 that Michael Watson suffered brain damage as a result of his encounter with Eubank Snr at White Hart Lane in a rematch for the vacant WBO Super Middleweight title.

It provided a major wake-up call to British boxing and the safety of the boxers became the paramount concern. After thorough consultations with eminent neurosurgeons and medical professionals, regulations were put in place to minimise the risks to the health of fighters that are strictly adhered to, at considerable cost, on all BBBofC licensed shows to this day.

Given his involvement 25 years ago – and that he is the power behind the throne of Matchroom’s latest foray into the sport – you would have thought Hearn Snr would know the safety drill in full by now.

He informed his readers of the British Boxing Board of Control requirement for 2 ambulances to be in attendance, along with paramedics and an anaesthetist, adding that a hospital capable of dealing with brain injuries must be within a “ten-minute radius of the venue.”

Whilst having a neurological unit within a ten minute radius would be ideal in all emergencies, but of course this would be unrealistic as each would have to be manned by a neurological surgeon and his team. The actual regulation stipulates a stricken fighter must be able to reach a unit, who have been advised prior to any tournament taking place to be on standby, within an hour, with the boxer receiving the all-important stabilising treatment either at the venue or en-route. Medical experts state that the steps taken and treatment received within the first 60 minutes of any potentially serious head injury is the most crucial, hence why it is known throughout the medical profession and the boxing industry as the ‘golden hour’. In fact the Board’s regulation is for 1 ambulance/paramedic team to be in attendance all tournaments. But it was I who insisted on 2 being at all of my promotions and others have since followed, especially for the larger televised promotions.

Of course, ensuring fighters are in optimum medical condition before entering into contests became an absolute priority for the Board post-1991 and, at considerable cost, MRI scans were made compulsory for all existing and newly licensed boxers.

It was an exercise the cash-strapped Board could ill afford to subsidise given the financial implications of Watson’s pending legal action, so all license holders at the time were invited to help fund the initiative.

The tragic events that unfolded on that night at White Hart Lane could have happened on any promotion prior to the new regulations being put in place. But, given that the game-changing incident occurred on his show, you would have imagined Hearn would’ve been first in wishing to chip in. He did not contribute a penny piece.

I, in fact, along with one other heartfelt contribution from a licensed corner man, ended up funding every boxer, including Hearn’s being able to undergo the required MRI scan. I didn’t and still don’t begrudge the huge expense, but I do find it a little bit rich for Hearn to be extolling the virtues of the safeguards now in place when he refused to cough-up for following the Watson tragedy.

During the research and medical advice given by, amongst others Peter Hamlyn the man who treated and ultimately saved Michael’s life, was the issue of dehydration caused by boxers making Championship weight. Boxers historically struggle to make weight ahead of the weigh-in and tended to deny themselves water – vital fluids that provide a cushion around the brain – and also drain themselves further by attempting to shed excess ounces in the sauna.

One positive move was that Championship weigh-ins now take place the day before the event, giving boxers ample time to refuel and hydrate, plus use of a sauna to drain weight is became strictly prohibited. This is clearly another fact that Mr Hearn appeared to be unaware of, as just under three years ago, according to his son Eddie, Hearn Snr accompanied his boxer Lee Purdy in the hot -house after falling foul of the scales before what was supposed to be a World Welterweight title challenge in Atlantic City. Purdy returned, according to creditable observers, ‘looking like a ghost’ and the challenge for the title was aborted. However, the fight still went ahead with Purdy losing in the 7th round.

Given previous experience, Hearn should really have known better and can only thank the ‘chip off the block’ for the BBBofC investigation that followed. 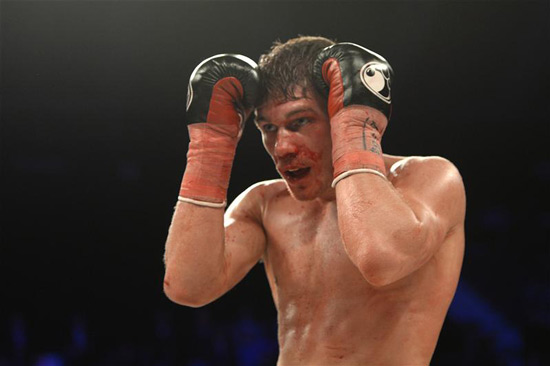 Nick Blackwell remains in all our thoughts and we pray he makes a full recovery and it was great news to hear that he is awake in his hospital bed, talking with his family and friends and even posting a selfie on social media. The timing and expertise with which he was treated shows that lessons from the past have indeed been heeded and we will continue to strive to make the boxing world as safer place as possible for the boxers. Thankfully, since Michael’s plight the overwhelming majority of boxers who have received medical treatment at ringside using the new measures, have made full recoveries and I am sure many will remember one such boxer, Spencer Oliver, greeting Michael at the finishing line of the London Marathon in 2003.