Who Says Boxing Is No Country For Old Men?

Those of us old enough to remember Phyllosan – you know, the pick-me-up that supposedly fortified the over-forties- can be excused for wondering if it is now the ‘performance-enhancing’ substance of choice for the dad’s army of fighters who are still in there punching in their dotage.

Boxing life may not begin at 40, but for an increasing number it is a new lease of life, although not always an edifying spectacle

For many of these pugilistic pensioners it is a ring walk down Memory Lane. Once they may have been golden boys, now they are simply old ’un boys. Not so much past-masters, but masters who are past it.

This thought came very much to mind when watching last weekend’s so-called Grudge Match, or rather over-hyped, and as it turned out overweight re-match, in Los Angeles between Shane Mosley and Ricardo Mayorga, two forty-somethings who really showed their age. They should have left it to Sylvester Stallone and Robert de Nero.

Mosley, a former three-division world champion and once rated the world’s best pound-for-pounder, will be 44 on Monday. Mayorga is 41.

Nearly seven years ago, Mosley stopped Mayorga with one second left in the 12th round of their first meeting. This time he KO’d him in six, with a shot to the out-of-puff Nicaraguan’s liver in a bout that was greeted with a distinct lack of enthusiasm by the boxing world. Especially as it was Mayorga’s sixth defeat in his last ten fights. 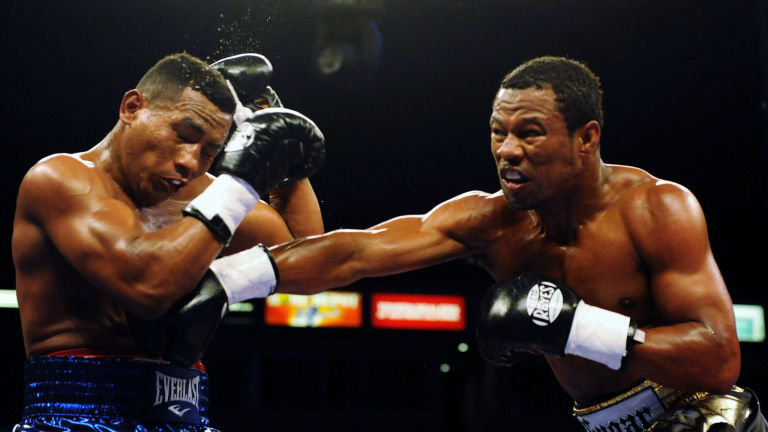 Mosley, who hadn’t fought since November 2013, had promoted the pay-per-view bout himself at the Staples Center.

It all seemed rather pointless because Mosley, imperious as he was in his heyday is now like so many of the game’s elder statesmen who are past their sell-by date but stubbornly refuse to call time on their once illustrious careers.

Sometimes it is the money but quite often the lure of the ring lights and the roar of the crowd.

I recall the words of the late Joe Frazier when he saw his old foe Muhammad Ali engaging in one of his several fights too many. “The trouble with Ali,” he growled, “is that he doesn’t know how to die.”

I don’t want to sound ageist here (it would be somewhat ironical for someone of my vintage) but I do wonder if there should be an upper age limit for boxers.

Incidentally, a recent snippet in Boxing News asked if there should be a mandatory retirement age for fighters. One of the respondents said, no, it should be down to medical state and capability, and that the British Boxing Board of Control make similar decisions on licences quite regularly.

Ex-star referee Mickey Vann, now a sprightly 71 but forced to quit officiating in Britain when he reached 65, now raises the question of whether a similar situation should apply to, referees, asking:” Why can’t the same procedure be implemented when referees are coming up for retirement?” 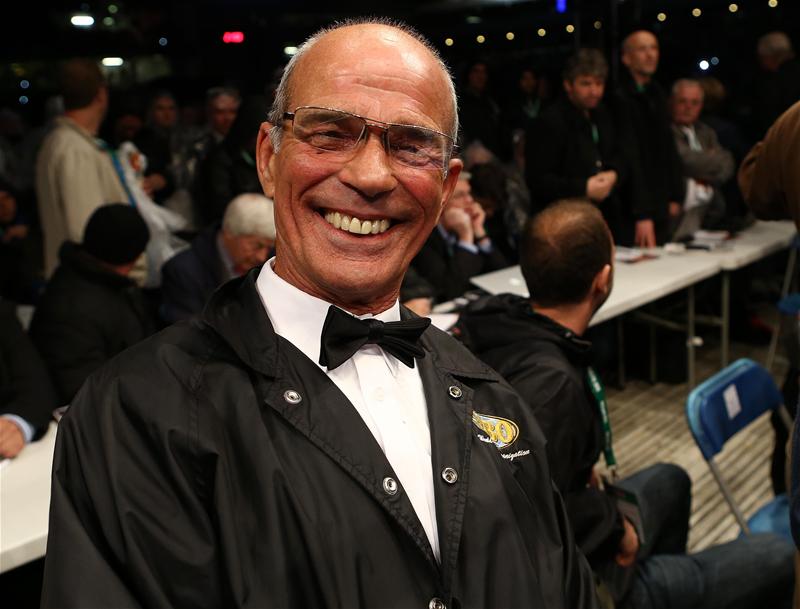 As far as boxers are concerned I accept that in some cases forty may be the new thirty but inevitably the legs go and the reflexes slow once this barrier is breached, thus exacerbating boxing’s inherent risks.

I have heard it argued that boxing should have a sort of Senior Tour, as in golf.  But in golf all that gets hit is that little white ball…

There seems a renewed clamour for a cut-off point. Amateur boxing recently raised this to 40 from 34 for major tournaments including the Olympics. That seems to make sense.

The ABA of England has now introduced a ‘Masters Boxing’ category for those who wish to compete between the ages of 34 and 40.

I accept that age has been no barrier to some of boxing’s most illustrious   names dating back to Sugar Ray Robinson and Archie Moore, both of whom fought on until well into their forties.

In fact Robinson had some 30 contest after his 40th birthday, winning half of them until his retirement at 44. And goodness knows just how old the old ‘Mongoose’ Moore really was (officially 47) when he finally quit after his 219th bout in 1963.

Becoming one of boxing’s Sunshine Boys certainly didn’t do George Foreman any harm when regaining a version of the world heavyweight championship, at 45.

Larry Holmes, Sugar Boy Malinga, Roberto Duran, Vitali Klitschko and Roy Jones Jnr (who, aged 45, fights in the UK for the first time against Tony Moran in Liverpool next week), are  among marquee names whose fists have matured into a ripe old age.

But none more so than those of Bernard Hopkins, now 50 and the oldest boxer to unify world titles in any weight division. Astonishingly ‘The Executioner’ says he plans one more fistic venture before retiring. 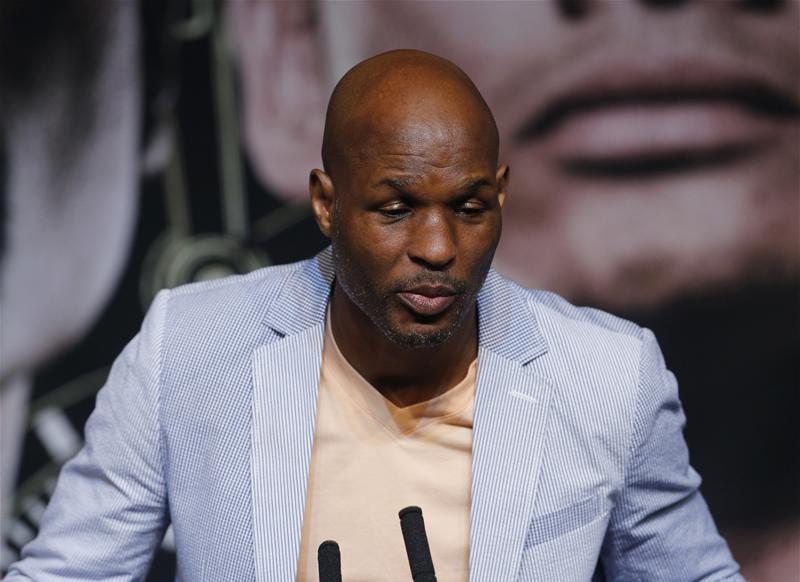 But perhaps the most surprising big name still ‘old manning’ it is Donovan ‘Razor’ Ruddock. Remember him?

He was thumped out in two rounds by Lennox Lewis in a Commonwealth heavyweight title fight at Earls Court 23 years ago and suffered two harrowing defeats by Mike Tyson. But he has made a comeback after a 14-year-absence to win the Canadian heavyweight title for the third time – at 51!

In Britain Julius Francis, Audley Harrison, Matt Skelton and Michael Sprott are heavyweights who have boxed on into their not-so-roaring forties.

Not many may know this, but the oddball American is still fighting at 50, trundling around the rings of Eastern Europe, largely unsuccessfully, but still claiming never to have been knocked off his feet in his entire 73-bout career.

However the daddy of them all surely has to be Saoul Mamby the light-welter from New York’s Bronx whose final fight was a ten-round points loss to journeyman Anthony Osbourne in the Cayman Islands in 2008 when he was – wait for it – 61: the oldest boxer to appear in an officially sanctioned contest.

So who says boxing is no country for old men?

Obviously Phyllosan is still doing brisk business among the boys of the old brigade.