Why Billy Joe still sheds a tear over Olympic loss

Billy Joe Saunders has revealed to Punchlines that he has a special reason for being so determined to rip the WBO world middleweight title belt from around the waist of champion Andy Lee when they meet on their now re-scheduled date of October 10 at the Manchester Arena. 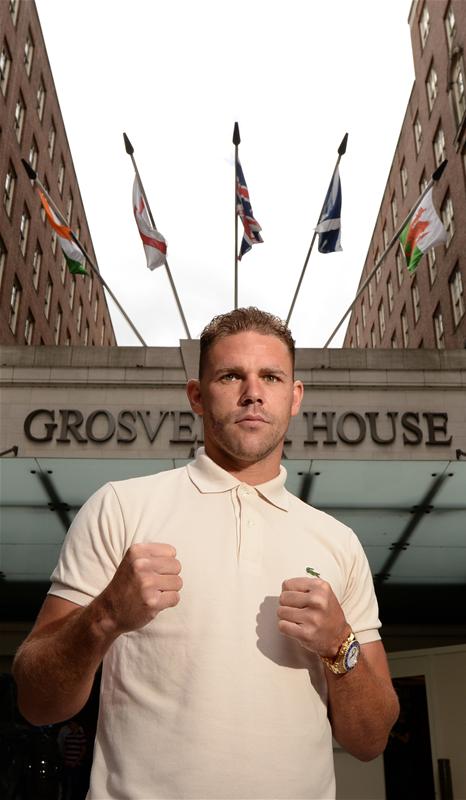 He says it will compensate for the biggest disappointment of his career – and one he still sheds tears over: his failure to go one better than Amir Khan and win an Olympic gold medal as a teenager.

The stylish southpaw from Hatfield was seen as brightest rising star of the talented GB squad which travelled to Beijing in 2008. But in a tournament marred by contentious scoring he lost 13-6 to the classy Cuban Carlos Banteaux Suarez in the second round of the competition.

He didn’t argue about it because he knew he had not boxed to his true potential, even though he thought the judges didn’t take into account the quality of his body punching.

“I was gutted,” he recalls. “I had gone there with every hope winning gold. In the first round I easily beat the world number three (Adem Kelicci of Turkey) but I was so elated I behaved stupidly. I went out clubbing in the Games village, I didn’t rest properly and I wasn’t at my best to face the Cuban, who was a real smart cookie.”

Why did he do it? “Because I was a complete idiot,” he tell us. “I put it down to the stupidity of youth. I wasn’t acting like a grown up.

“Sometimes, even now, I break down and cry about it. I know I  could have beaten that guy nine times out ten and gone on to become an Olympic champion (he would have been Britain’s youngest-ever).

“I really shot myself in the foot. I’ve thought about it every day from that moment, I still do.

“But now I’ve got another chance. I’m a grown up now, not a kid any more. I’ve learned a lot. That’s why I can’t slip up against Lee. I’ve got to stay focused and, and despite the delay, I will. I won’t miss a day’s training.

“Winning the world title means I won’t need to cry over any more over  missing out on my Olympic dream.”

Not what this doctor orders

If Dr C K Wu still harbours his lofty ambition to rule the  entire world of boxing –amateur and pro- and not just his own AIBA fiefdom, he should be aware that he has a massive fight on his hands from a formidable new adversary.

One arguably even more powerful and richer than he is.

Yet he may not even know his name, and he certainly will never have had a meaningful conversation with him. Few people, have but 60-year-old Al Haymon seems destined to become the biggest promotional player the sport has known, including Don King.

The reclusive Haymon- he has never given an interview – may be boxing’s Invisible Man, but his fingerprints are all over the fight game, which  he has set out t to revolutionise.

A billionaire mogul from the music industry, some believe Haymon is moving swiftly towards absolute control, owning or exclusively advising some 200 of the world’s top fighters under his Premier Boxing Champions (PBC) umbrella, spearheaded by Floyd Mayweather jnr.

As we revealed last week, ominously his tentacles are spreading across the Atlantic, clutching at the best of British talent. Super-middleweight James DeGale the first British Olympic gold medallist to win a world professional title, has hooked up with him as has world bantamweight champion Carl Frampton and his most recent recruit, world featherweight champion Lee Selby. Though it is believed a miffed Amir Khan is in the process of walking away over Haymon’s backing of the Mayweather-Berto bout.

But so far but I understand that, surprisingly, there has been no approach to Olympic heavyweight champion Anthony Joshua. Could this be because should Joshua wish to fight in the US he might encounter visa problems over his well-documented youthful aberrations – a conviction for a relatively minor drugs offence and another which resulted in him being tagged for a while.

So it may be that strings would need to be pulled at a high level if Josh is ever to parade his undoubted talent in America.

Meantime our ultra-ambitious friend Dr Wu would be well advised to steer well clear of a territorial punch-up with Big Al. Boxing’s new Godfather has proved rather adept at inflicting bloody noses.

Contrary to popular belief, Al Haymon does have promotional friends in boxing and curiously among them is Don King – the man he has gazumped as Numero Uno. 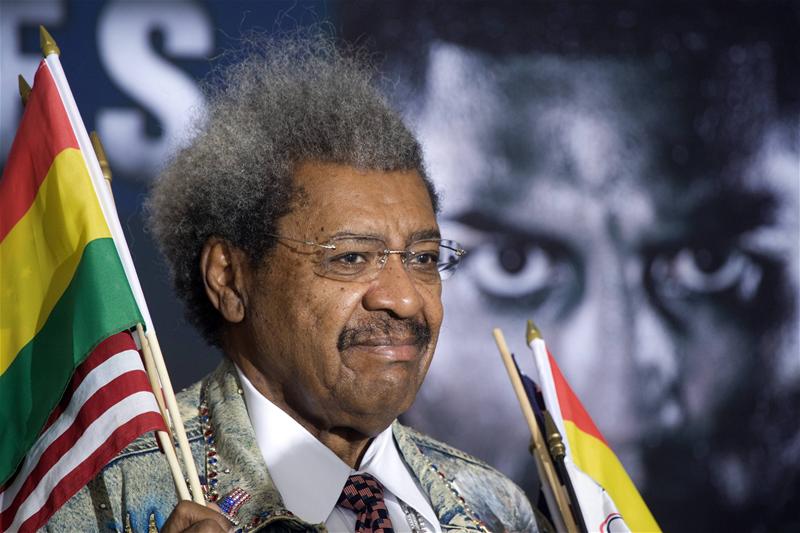 King, who will be 84 this month, is now a back number, his last remaining world champion, heavyweight Bermane Stiverne having lost the WBC title to Deontay Wilder, another star from the Haymon galaxy.

But the still-voluble King now declares: “Al Haymon is the man. His word is his bond… I love what he’s doing. As a fellow black man I’m proud of him. He’s doing a great job.”

And Frank Warrren also welcomes, albeit cautiously, the rise and rise of Haymon.

He told The Guardian: “What he’s doing is fabulous, because he’s getting boxing on different channels in America, and that’s great. It doesn’t seem he’s interested in titles. That I don’t agree with, because he suddenly can start owning everything and you can basically shut people out. If you’ve got title fights, guys can fight for a mandatory position and get a chance for a title. I think that’s important.

“The rest of it remains to be seen how it works. He’s obviously got his game plan. He’s raised a lot of money, got a lot of financial backing to do it. It’s a very brave move. Only time will tell if it works or not. I have no problem working with him.”

Coe gloves up for big fight

Good luck to Seb Coe, a true friend – and fan -of boxing who has a big title fight of his own on his hands in Beijing on Wednesday when he goes toe-to-toe with another Olympic legend, ex-pole vault maestro Sergey Bubka(as big a name in  his native Ukraine as the Klitschko),  for the right to rule world athletics.

Coe will need all his political in-fighting skills to win election as president of the IAAF (International Association of Athletics Federations) especially as he has been with his back to the ropes the for the first time in his life recently with his feisty defence of the sport over the latest drugs allegations.

I have spent many a happy hour with his lordship wrangling over great fights and fighters – he has a deep knowledge of the sport’s history and is actually a bit of an anorak as well as an aficionado  –and I am among those who believe he would have made a terrific chair of the Board of Control had his administrative career not taken a different path.

Maybe he still could-if he loses out in Beijing!

If wins he won’t have time for much else as he will also get an automatic seat on the International Olympic Committee, over which hopefully he might preside one day.

Coe remains favourite but Bubka han been boxing clever of late, wooing influential delegates in Africa, Asia and South America. It could be a split decision.

Forget the Mayweather-Berto mismatch -and it does seem many will – one of the fights the boxing world really wants to see will happen at Las Vegas’s Mandalay Bay on November 21 when  Saul ‘Canelo’ Alvarez will meet the everlasting Miguel Cotto in surely what will be hailed as the true international fight of the year after the M v P letdown.

This all-Latino collision of class and experience, Mexico versus Puerto Rico, will take place at a catchweight of 155lbs.

Can’t wait for this one.  Nor that between Gennady Golovkin and David Lemieux who will unify their 160lb titles at Madison Square Garden on October 17. Another, like Lee v Saunders, destined to restore our faith in genuine even-money match-ups.

Floyd Mayweather jnr on the fighter he says is the greatest of all time. Himself.