Why I am in the corner of the ladies who punch 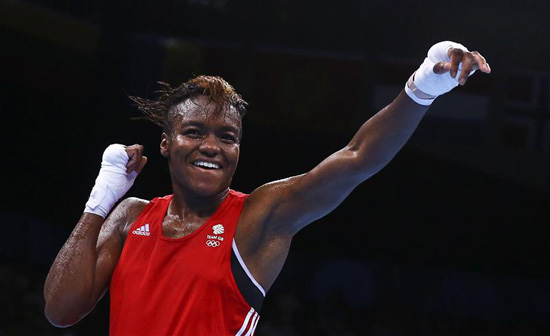 Not for the first time my good friend Colin Hart and I find ourselves in opposite corners in a boxing debate.

In a recent column the Sun’s esteemed boxing scribe had a right rant about women’s boxing, saying he finds it ‘distasteful’ and that seeing women’s faces smeared with blood turns his stomach.

His comments coincided with the pro debut of the Irish icon Katie Taylor on Saturday.

As usual, Harty pulls no punches and there are many associated with the fight game who will agree with him, even in this supposedly enlightened age of sporting equality.

Not me, though I respect his opinion.

As the French philosopher Voltaire famously declared: “I disapprove of what you say, but will defend to the death your right to say it.”

Equally I defend the right of women to box, if they so wish.

I am aware that Frank Warren and some prominent fight figures including Wladimir Klitschko – and at one stage Amir Khan who once said women should stick to tennis – have been among those who veer towards Colin’s point of view.

However I suspect that, like Khan, the Hall of Fame promoter is among those whose opinion has mellowed somewhat in the light of Nicola Adams’s performances at successive Olympics.

Frank created a huge controversy here a couple of years ago when he opined on the subject, attracting a fusillade of angry feminist counter-punching on social media and on radio phone-ins.

“Call me an old git, but that’s how I see it,” Frank wrote. “It is probably a generation thing because my sons Francis and George, who work with me on Queensberry Promotions, say they would happily put female boxers on the bill.”

Similarly Hart says: “No doubt militant feminists will now lump me alongside Donald Trump and accuse me of being a sexist and a misogynist…but I am a product of the generation when women were regarded as the weaker sex.”

Well, so am I. And as someone who has also covered boxing for many years – starting with amateurs shows as a cub reporter in south London and incorporating epics such as the Rumble in the Jungle and the Thrilla in Manila – I suppose I should be in the anti-camp.

Actually I am pleased it is now firmly established on the Olympic agenda, and is also a profession. Not least because sportswomen these days surely are as much entitled as men to utilise their strength, skill and, yes, aggression, in an activity that demands the ultimate in fitness and dexterity. 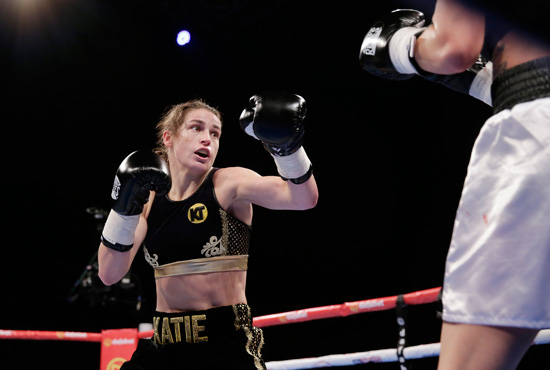 So, would I want my own daughter –or granddaughter to box? Well, my daughter, who is actually a judo coach, has an 18-year-old so I asked her the question. Her answer: “Why not, if she wants to. Had boxing been more available to women when I was a judo player (she was a first dan black belt) I might have tried it myself. I don’t think at amateur level it is any more dangerous than other martial arts, or even horse riding and diving. As amateurs you have protective headgear (which you don’t have in judo or karate or kick boxing), it seems well controlled and teaches self-discipline, confidence, and self-respect.”

I became converted to women’s boxing some years ago when I interviewed Amanda Coulson, then rated Britain’s best female amateur boxer, having first got the gumshield between her teeth as a 13-year-old. Apologies for sounding sexist but she was a real head-turner, and like Laila Ali, who inherited her old man Muhammad ‘s looks and a semblance of his skill, seemingly more suited to the catwalk than the canvas.

But watching her sparring prowess convinced me – and also Britain’s then national coach Terry Edwards – that there was more to it than just handbags at ten paces, though you soon realise that women’s boxing is as different to men’s as women’s tennis is different to men’s tennis, or women’s football to the harder, faster men’s game.
It is predominantly fencing with gloves on, though sometimes they do get hurt and there has been at least one fatality.

And those who say they are shocked by the sight of women biffing each other obviously haven’t been out and about in Newcastle or Cardiff on a Saturday night.

As I say, the girls protagonists sometimes get hurt. But generally I suspect not as much as they do in judo, karate or taekwondo, all perfectly acceptable as sporting pursuits for both sexes. My daughter ended up in hospital after being thrown and concussed in judo, a sport which even permits a little bit of strangling. And you can get your teeth kicked in at taekwondo, where you can use both fists and feet.

There is also a misconception that women boxers are all butch and biceps, or as intimidating out of the ring as professional pioneer Jane Couch, aka the Fleetwood Assassin, who once flattened a bloke in a Blackpool bar when he patted her bum.

I agree with Lucy O’Connor, a former European bronze medallist and England team captain, a Royal Navy lieutenant is married to the Navy boxing coach, who says the traditional stigma that has been attached to women’s boxing has now gone. “People are starting to appreciate it’s a technical sport, a thinking woman’s sport. It’s not a barbaric duel, more like chess in the ring.”

Current stars such as Nicola Adams, Katie Taylor and the American double Olympic gold medallist Claressa Shields have shown us there is skill in the distaff side of the sweet science. But is it is something the average fan would pay to watch?

Well, they do in America and some Continental countries, and a couple of thousand Irish fans – and 25 members of the media – crossed the Irish Sea to observe the hero-worshipped Katie Tayor demolish an inadequate Polish opponent in three fist-flailing rounds at Wembley,

And no doubt Adams will initially attract a curious audience should she turn pro.

But I cannot envisage a female boxer ever topping the bill at a major show here. Can you?

One problem could be that there is there is a dearth of credible opposition for the leading women boxers to sustain a substantial following.

There are only seven professional females licensed by the British Boxing Board of Control and it could be argued that the sport’s principal European attractions,Taylor and Adams, at 30 and 34 respectively, have already reached their peak.

In the Olympics, women’s boxing has not only proved it belongs, it has shown it deserves to grow with the AIBA discussing the possibility of doubling the weight classes to six by the 2020 Olympics in Tokyo, and removing headguards as female pro boxing had already done.

While I doubt the professional game will prove as successful for the ladies who punch I remain convinced it is right that fisticuffs and the fair sex should go hand in boxing glove.

Yet it wasn’t so long ago that a woman’s place in the boxing ring was pouting, not clouting, parading with the round cards.