Why is Joshua still catching the train to Sheffield?

There is no doubt that the state-of-the-art facilities at the English Institute for Sport in Sheffield have made a massive contribution to the success of Team GB in Olympic and other international boxing these past few years. 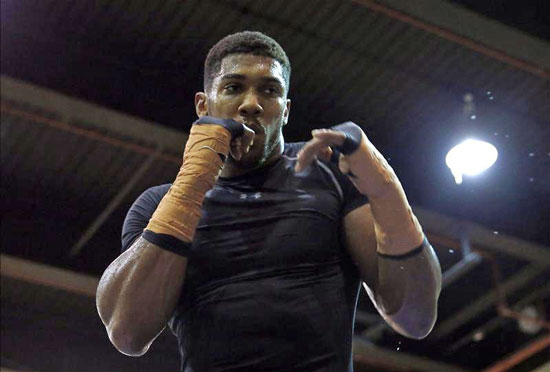 The boxing set-up, hi-tech and highly professional, is envied throughout the world. Anthony Joshua and Luke Campbell both trained there before striking gold in the London Olympics four years ago.

And apparently they still do.

Now I find that curious, particularly in the case of Joshua. His trainer is Tony Sims, whose gymnasium is in Essex.

That’s where unbeaten heavyweight AJ, the new British champion, is officially based, yet he can be observed frequently working out with the GB squad in Sheffield under the watchful eye of his former amateur international trainer Robert McCracken, who is Team GB’s head coach.

Similarly the Hull-based lightweight Campbell, now kick-starting his career again after his first loss as a pro.

Now I am not sure how much input McCracken has with their preparation – Campell’s regular trainer is Mike Bromby – but the more relevant question surely is whether are getting this assistance for free.

McCracken of course is also a professional trainer and as such looked after the former world super-middleweight champion Carl Froch.

Froch used to travel to Sheffield to be tutored by McCracken for several of his fights, including those against George Groves. It is known that he was actually paid to spar with some of the podium squad, provided with accommodation and food, and had consultations with the team’s sports psychologist before the second Groves fight.

The EIS is supported by Lottery and Exchequer funding – in other words public money- and the boxing facilities were purpose-built to house Britain’s elite amateurs, though of course they are no longer termed as such as they receive substantial cash from government backed UK Sport and certain AIBA tournaments, which enables them to be full-time fighters.

If Joshua and Campbell are allowed to train and use their state of the art facilities there, why not other professional boxers, not least some outside the Matchroom stable?

McCracken has had an association with Matchroom via Froch, who was promoted them.

Joshua and Campbell both signed with Matchroom when they turned pro as did another top GB international, Birmingham super-flyweight Khalid Yafai.

Presumably funding body UK Sport, GB Boxing, who govern the international squads, and England Boxing (formerly the ABA), who represent the clubs, are happy with these arrangements. We certainly haven’t heard otherwise.

One of the ironies is that that McCracken, himself a former world middleweight title contender, can work the corner of professional fighters but not those of his own GB squad.

This is because AIBA, the international governing body of what used to be amateur boxing, ridiculously bar trainers associated with professional boxing from assisting their fighters during major tournaments, including the Olympics.

Yet this is then body which is trying to ‘professionalise’ their game by introducing events such as World Series Boxing and AIBA Pro Boxing, ditching vests and head-guards, adopting 10 points scoring over five three minute rounds and paying boxers to compete.

So you won’t see McCracken in the corner when the British Lionhearts begin their campaign in the new WSB series against the USA Knockouts in Miami tonight (Thurs).

The WSB tournament counts as qualifying event for the Rio Olympics, for which so far no British boxer has won a place.

It is probable that, as happened after 2012, several will turn pro following Rio.

Lets see who they go with.