Why Manny’s win was wonderful – but also worrying 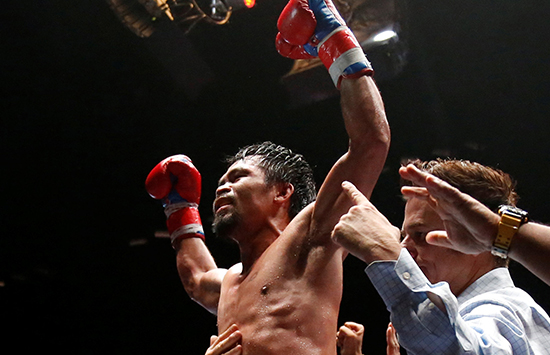 It certainly was gripping viewing as most of us watching at home had our hearts in our mouths as we feared for the Pacman’s well-being.

The fabulous Filipino, seven months short of his 40th birthday was having his 25th championship fight – and for the first time in 17 years without trainer Freddie Roach in his corner.

He was facing a man who had knocked out 36 of his 39 opponents.

When Manny lost a points decision to the Aussie, Jeff Horn, 12 months ago he seemed to be showing signs of physical and fistic decline.

The speed, timing and reflexes that had made him a world champion in no less than eight weight divisions were all absent.

But what happened in KL was simply amazing.

From the start Pacquiao was in command and gave a punch perfect performance.

He had Mattysse on the floor three times before the Argentinean, gasping on the canvas in the seventh, spat out his gumshield to signal he had taken enough.

Although curiously the usually macho Matttyyse literally seemed to have little stomach for the fight it was nonetheless a wondrous performance from Pacquiao. But worrying at the same time.

For what does he do next?

Of course he could always take up Amir Khan’s gauntlet and probably knock him out in four or five rounds, though there is little appetite for such a pairing in the United States where sadly Khan is now something of a back number; and I doubt the finances would stack up for it here.

More likely he must now mix it again at the highest level in boxing and at his age this could be dangerous. 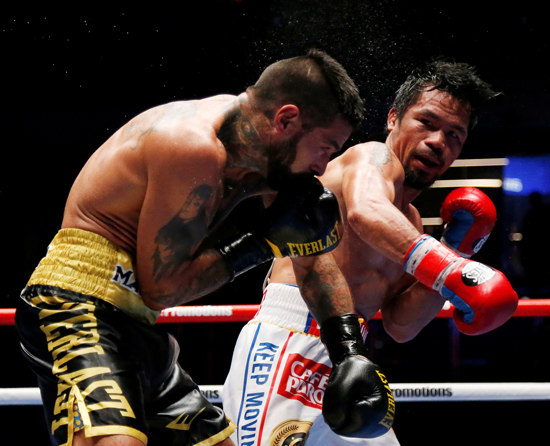 There will be demands for him engage with the likes of Errol Spence, Terence Crawford or Danny Garcia rather than fade into a graceful, well-earned retirement.

The saddest sight in sport is watching once great fighter hurt and humiliated because he could not overcome his own ego.

So one hopes that sooner rather than later Pacquiao will have the good sense to quit while he is ahead and not end up like the last great fighter to appear in Kuala Lumpur. Indeed, the greatest of them all.

It is 43 years since we watched Muhammad Ali dance for 15 rounds with Joe Bugner in the sweltering mid-day sun.

Ali himself barely broke sweat that day. But we – and Manny – should never forget that he ended his career a broken shell of a once fabulous fighter.

AFTER HOSTING A football World Cup brimming with home-brewed bonhomie, Russia’s next sporting objective is a somewhat less friendly exercise aimed at harming Britain. Or rather, one Briton in particular.

It is certainly no goodwill mission. Their controversial former Olympic super-heavyweight gold medallist Alexander Povetkin has declared his desire to inflict some serious damage on the features and reputation of Britain’s own Olympic and current multi-belted world champion Anthony Joshua.

We have all enjoyed watching the Russians woo the world with their geniality and hospitality these past few weeks, but what happens next is not exactly glasnost in gloves. 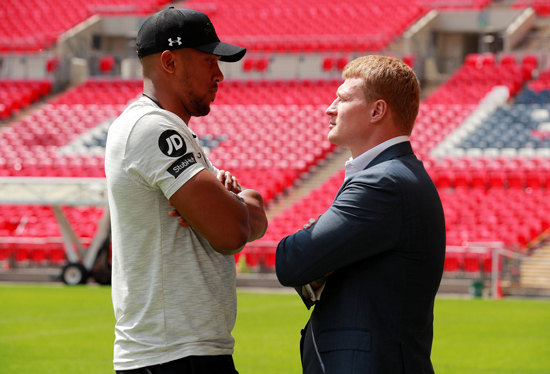 The 38-year-old Povetkin and the unbeaten Big Josh are due to meet at Wembley Stadium on September 22 and the blond Russian doubtless will be built up as a real-life Ivan Drago, which he certainly is not.

He has already flexed his fists against another British Olympic boxing medal winner, David Price, who won bronze at Beijing 2008, four years after Povetkin had himself secured gold in Athens.

Price, whose fragile chin is no stranger to a left hook, was flattened in five in March at the Principality Stadium in Cardiff where Povetkin had become the first Russian sports figure to visit the United Kingdom since the noxious Novichok business.

He was actually quite well received by the crowd and was himself forced to take a count in the third round by the equally big-hitting Price before catching up with and heavily clouting the unfortunately ever-vulnerable Liverpudlian giant.

There is no doubt Povetkin does present a clear and present danger to the Joshua supremacy. But only for four or five rounds.

After that, if Joshua is still standing, the Russian he is liable to run out of gas as he did in his only defeat in 35 bouts when he was floored four times and heavily outpointed by then champion Wladimir Klitschko in Moscow back 2013.

But the real question over this fight is whether Povetkin deserves his shot as he official challenger for the World Boxing Association title, one of the four belts held by 28-yar-old Joshua.

Some suggest he was part of Russia’s now shamed state doping system. He has twice failed drugs tests yet has lived to fight another day. He certainly has friends in high places.

It so happens that Povetkin, along with manager Andrey Ryabinski, is said to be close to Vladimir Putin.