Why Nicola truly is the First Lady of boxing 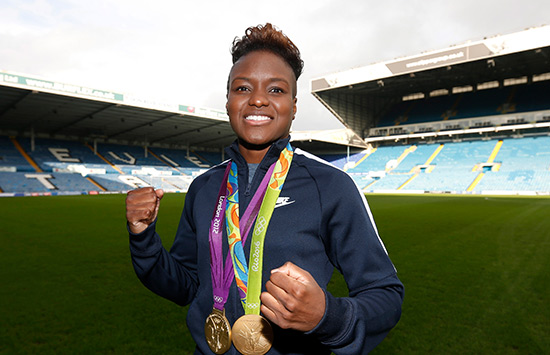 A few years back I sat near Amir Khan at an ABA finals at London’s ExCel Arena. Midway through they staged a women’s bout for the first time in a major championships and I noticed that Khan kept his head buried in the programme for its entire duration, never glancing at the contestants.

He had admitted to me that he neither liked nor approved of women’s boxing, declaring that sisters of sock like Nicola Adams ‘should stick to tennis.’

Well, how times change. Ironically, they are stablemates now, training alongside each other in Virgil Hunter’s gym in Hayward, California, just over the Golden gate bridge from San Francisco.

Amir confesses that he did a U-turn after watching her win her first Olympic title in London. “Nicola has proven everyone wrong, including me and there is no doubt it is a sport for females too.

“When she first came into the gym she was a bit shy and obviously wanted to prove herself. She did that pretty quickly. She has real power.”

Not that they have sparred together. “No thank you. I’m not getting into the ring with this lady!”

Trainer Hunter describes the fast-fisted flyweight as ‘an immense talent’ adding:”She has still got an upside. She’ll be in the fast track. She’s really good and women’s boxing is catching the imagination now.”

I have known Nicola since her early amateur years and have long been an advocate of ladies who punch while acknowledging that theirs is a continuing fight for genuine recognition.

Unlike in the United States, where Muhammad Ali’s decorative daughter Laila was both talented and telegenic, as is their only 2016 boxing gold medallist Claressa Shields now, British boxing has taken its time to shed a chauvinistic image.

But it is getting there thanks to Nicola and fellow Olympic star turn Katie Taylor.

Irish icon Taylor may have beaten Adams to the punch by turning pro first but there is no question in my mind as to who will be the bigger draw.

Taylor may have a massive fan base in Ireland where she is a goddess in gloves but she is a relatively hard sell here because though a brilliant boxer, she lacks pizzazz, whereas Adams has achieved the status of national treasure not just because of her fistic prowess but that ever-effervescent, sunny persona.

And as she has demonstrated in appearances on shows such as 8 out of 10 Cats, Good Morning Britain and Room 101, she is a TV natural. Her smile lights up the screen – and British sport.

So never mind what Katie does, Nicola Adams OBE is truly the First Lady of boxing.

Her professional debut in Manchester on April 8 precedes a “homecoming” fight at the First Direct Arena in Leeds on May 13.

The Leeds date marks a nostalgic return to her home city – she recently moved to Hackney in east London – for it was there as a 13-year-old that she had her first bout in a small, smoky ex-servicemen’ club.

“After that I couldn’t find another tournament until I was 17, “she says.

“It will be amazing to box there again. But first I want to box well and excite the crowd in Manchester.

No doubt she will.

And she adds: “I’m really looking forward to fighting without headguards covering my face. It will be the first time in the ring that people will see me properly.”

In signing with Frank Warren Adams said she had found “a team that believes in my dream to become a world champion in several weight divisions.

“Together we can help take women’s boxing to new levels and I can’t wait to get in the ring in April and start working towards becoming a world champion.”

A decade or so ago when I was sports editing The Observer, I regularly received e-mails from Nicola’s mum urging me to feature her daughter, then a relative novice with the England women’s squad. “My little girl is going to be a champion,” she predicted.

I did and well, look at her now. Mum’s little girl is now one of the most recognisable and admired sports personalities in the land, and deservedly so.

I can’t wait to see her fly into action again in Manchester.

Today was supposed to be a good day at House of Commons, but it weren’t!! I am so sorry for the policeman I tried to help. RIP K God Bless

sparred with the best heavy on the planet @Tyson_Fury &the soon to be new World Champ @hughiefury yesterday! 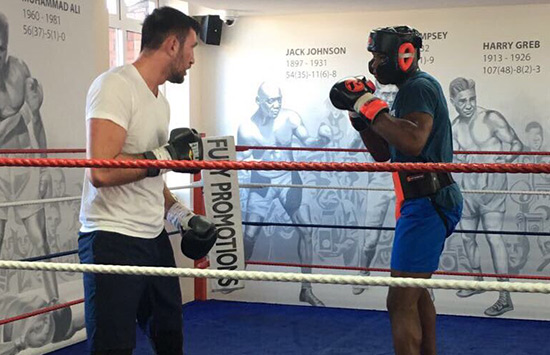 A big fight just got bigger

If you are winning gold medals who cares about your sexuality? That’s not important. It’s winners we want

Golden girl Nicola Adams tells it how it is

He’s a bigger draw than me and they wanted to make that super match with Canelo. I won this fight. I’m the champion but all I can do is be gracious in defeat

Daniel Jacobs reckons he knows why Triple G got the decision

After his successful pro debut on BoxNation, Michael Conlan reflects on the tweet he sent after the Rio Olympics suggesting Vladimir Putin might have ’bought’ a highly dubious verdict for the Irish star’s Russian opponent

Tyson has already done it, I’m the next one in line. Trust me I’m bringing that title back. Whatever he brings I’ve got an answer for it.

Coming Monday: Terry Flanagan on what will lure out the warrior within him