Why politicians come out fighting for boxing

Lennox Lewis had a word for it: “Politricks”

He coined it to describe the wily wheeling and sometimes dodgy dealing outside the ropes where the fight game’s murky machinations can contrast with the honest endeavours of the practitioners inside them. 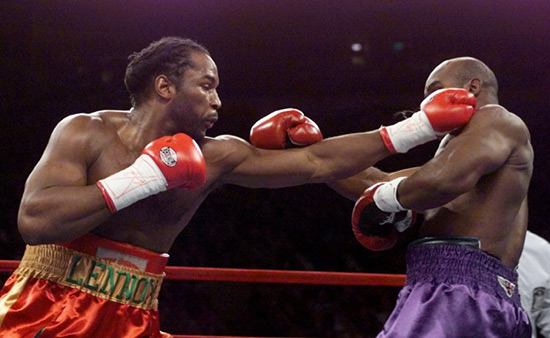 “Politricks”, according to the former world heavyweight champion, describes the political games he claims were played against him by some of those who were a power in boxing.

In particular, Lewis remains haunted by the result of his first fight against Evander Holyfield, for the undisputed world championship, which was declared a draw even though many observers felt Holyfield was clearly outpointed.

But throughout history boxing has actually been more closely acquainted with real politics and those who practise it in parliaments around the world – arguably more so than any other sport.

Fighters themselves also have been attracted to the political arena, Manny Pacquiao being the latest to declare his intention of forsaking the ring for the hustings.

Already a Congressman in his native Philippines, the multi-division former world champion has announced that after one final fight he will seek to step up to senator in the next election with the ultimate ambition of one day becoming president of a nation that already worships him.

Another much-celebrated boxer-turned politico is Ukraine’s Vitali Klitschko, who abandoned his long-held WBC world heavyweight belt to become, literally, a freedom fighter and MP in his deeply- troubled homeland and is now the mayor of capital Kiev. 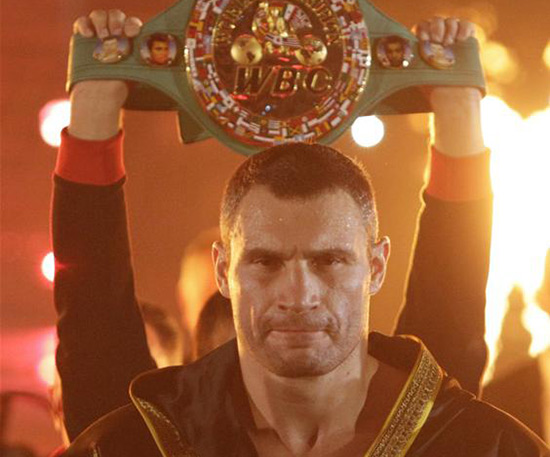 Remember Nicolai Valuev, the seven-feet plus Russian giant, the original Beast from the East tamed by David Haye when WBA heavyweight champion? He retired to serve in the Duma, the Russian parliament, where, no doubt, there is considerable reluctance to get on the wrong side of a debate with him.

By and large pugilists and politicians have always gone hand in boxing glove. Not only literary giants like Hemingway, Shaw, Gallico and Mailer have had an affinity with the fight game, but several international statesmen have been equally passionate about the sport, too.

Prominent among presidential figures who cut their teeth as amateurs was South Africa’s heroic apartheid-conquering Nelson Mandela, who learned to box while incarcerated for 27 years on Robben Island and became a very useful featherweight.

“Boxing is egalitarian,” he memorably wrote “In the ring, rank, age, colour and wealth are irrelevant.” How true.

Few may know that the former US president Theodore ‘Teddy’ Roosevelt fought as a lightweight after taking up the sport when he was bullied because he suffered from asthma.

Roosevelt also wrestled – he had a wrestling mat in the Oval Office –but his boxing activity was curtailed when, as governor of New York, he invited sparring partners to work out with him and in one session sustained damaged blood vessels in an eye which led to a detached retina.

Republican presidential candidate John McCain, architect of the Muhammad Ali Act brought in to protect the rights and welfare of boxers, was a nifty southpaw slugger in his Navy days.

And what of Ali himself? Though never a formal politician he was a supreme soapbox orator when taking on the Establishment. Who knows who or what he might have become had his life not been suffocated by Parkinsons: surely an ambassador at least.

Some say he might even have beaten Obama to the punch as the first black US president.

Other political leaders brought up on the dark trade include the former Aussie premier Tony Abbott, who boxed at Oxford, while the latest political figure with a boxing background is the newly-elected Canadian prime minister Justin Trudeau (the son of the former PM Pierre Trudeau) once a ballroom dancer, nightclub bouncer and aggressive amateur boxer who had to be hauled off an opponent he was beating up in a charity event.

Back home the list of politicians with a connection to boxing is endless. Virtually every sports minister I have known has been a fight fan, starting with the great Denis Howell, a ringside regular back in the sixties.

Colin Moynihan won a boxing blue at Oxford and was once briefly suspended by the ABA for sparring with pros at the Thomas A’Becket. Richard Caborn chaired the England ABA and remains a close buddy of Sheffield training guru Brendan Ingle, while all three females who have held the post, Kate Hoey, Helen Grant and new girl Tracey Crouch are confirmed aficionados.

The current chair of the All Parliamentary Boxing Group, Charlotte Leslie MP, also gives the sport a woman’s touch, succeeding the late Jimmy Wray, MP, as enthusiastic a supporter of boxing in parliament as you could wish to meet.

Tom (now Lord) Pendry, a long-time Labour shadow sports minister, boxed at Oxford and was an RAF middleweight champion. Former Tory MP Seb Coe flirted with boxing administration as a Board of Control steward before lording it over the 2012 Olympics and now world athletics.

Another noble lord, Jack Brooks, now 88, was a highly-respected chairman then president of the Board.

The former Tory Health Secretary Kenneth Clarke has always been a great advocate, brilliantly bigging up the noble art when speaking at the Boxing Writers’ Dinner; and while John Prescott’s jab may not have been in the Golovkin class it was still strikingly effective, as one egg-throwing heckler can testify.

Indeed, it is hard to find any parliamentarian these days who is opposed to boxing though I do suspect that we will never see the new Labour leader Jeremy Corbyn, a renowned pacifist, urging ‘C’mon my son’ from the York Hall ringside.

Actually there is one MP who still does speak out vehemently against the sport. Paul Flynn, the veteran Labour member for Newport West, has long campaigned for its extinction. But his is a lone voice in the very much pro-boxing House.

“Inflicting pain and injury on human beings for fun was acceptable in the cruel ignorant times of the gladiators but not in the 21st century,” he argues. “Yes, many other sports results in injuries, none as permanent as boxing’s wounds. Bones mend, brains don’t. Boxing should be allowed to die of shame.”

For Flynn, it has become the ignoble art, “a degrading spectacle of gratuitous violence that exploits the least advantaged people”. But I suspect he knows this is a fight he can never win.

Yet however much Flynn bangs on about banning boxing he must know he is banging his own head against a brick wall. His campaign has been consistently rebuffed by successive sports ministers.

He certainly got short shrift a few years back from then minister Tony Banks when he tried to get an alternative Bill through parliament banning punches to the head.

I rang Banks and asked him for an on-the-record quote about it. ”On the record?” queried the inimitable Banksy. “Effing bollocks!”

The oldies among us will remember that Flynn’s predecessor as an arch-abolitionist was one Dr Edith Summerskill, also a Labour MP, who for many years battled vigorously to get boxing thrown on the scrap-heap. She retired hurt after a memorable verbal punch-up with the late Henry Cooper.

When Summerskill a suggested that his features were the worse for wear because of the odd right-hander ‘Enry quickly countered with a riposte as effective as his own famous left hooks:” Well madam, have you looked in the mirror and seen the state of your nose? Boxing is my excuse. What’s yours?”
Read Alan Hubbard’s Punchlines tomorrow exclusively at frankwarren.com