Why the IOC need to get Wladimir Klitschko in their corner 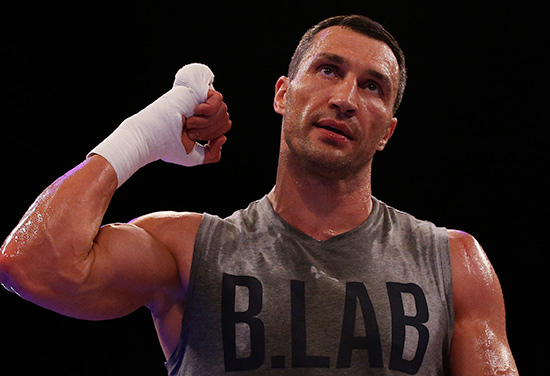 The New Year has dawned and one of the International Olympic Committee’s (IOC) most vexing problems remains irritatingly unresolved. Will agenda for boxing, one of the most traditional of Olympic sports, still be on the Tokyo 2020?

At the moment it is still up in the air as to whether or not boxing, as it has been organised in the past, will be KO’d from the next Olympic Games. A decision is awaited, rather like the ringside judges totting up their scorecards while the MC waits to make his formal announcement.

The sport is in jeopardy because the IOC are not enamored by its past corrupt judging and fiscal aberrations, and nor do they relish the fact that the governing body, the International Boxing Association (AIBA), is now under the stewardship of a new President, former boxer and coach Gafur Rahimov, a man accused by the United States Treasury Department of “being ‘one of Uzbekistan’s leading criminals”. So far, there appears to be no proof of this allegation.

But the malady lingers on and boxing awaits it Olympic fate with some trepidation.

The IOC have suggested a new body may be required to take over the sport but as yet the only positive move has come from Ukraine’s former Olympic and professional world heavyweight champion, Wladimir Klitschko.

Back in November he called for changes to how boxing is organised at the Games, to protect its future.

Boxing has been included at every Olympics since Antwerp 1920, but its involvement in Tokyo is in serious doubt as the IOC has threatened its removal if AIBA does not improve internal governance and address finance and anti-doping issues.

The admirable Klitschko, 42, who had a fabulous career before surprisingly losing his multi-belted world titles to Britain’s Tyson Fury and retiring last year after his Wembley defeat by fellow Olympic gold medallist Anthony Joshua, suggested the World Boxing Association (WBA) should replace AIBA as the governing body responsible for organising the Olympic boxing programme.

“Boxing is in danger of being halted due to current dysfunction leading to losing the Olympic licence,” Klitschko, winner of the super-heavyweight Olympic gold medal at Atlanta 1996, warned.

“I’m pleading with the National Federations to continue signing with the pioneers of boxing, the world-renowned WBA.

“I’m also asking the IOC to consider the WBA as the organisation that will centralise the sport, while continuing to improve the protections and interests of its athletes and fans, and grant the Olympic licence to the WBA to represent the sport for the upcoming Games in Tokyo.”

Klitschko, who held world heavyweight titles as a professional from April 2006 until November 2015 when he lost to Fury, claimed his win in Atlanta was a “life-changing event for me, my family, my country, my sport and possibly the globe”.

He later auctioned off the medal for $1 million (£784,000/€872,000) for charity. It is now on display in a museum where he says it acts “as a motivation for young visitors to become champions in sport and, more importantly, in life”.

There is little doubt that his call for the WBA to run Olympic boxing has fallen on deaf ears. It is a non-starter.

The IOC would not stand for a professional body overseeing the tournament.

However, I do believe there is a role for Klitschko which the IOC should seriously consider.

Klitschko has claimed winning Olympic gold in the super-heavyweight division at Atlanta 1996 was “a life-changing event”, although he later sold the medal for $1 million to raise money for charity ©Getty Images

Since the demise of the “amateur” sport’s pugilistic pooh-bah Dr C K Wu, boxing has no credible voice in the Olympic Movement. I suggest the IOC should hastily embrace Klitschko and invite him to become a member. He is better qualified and respected than many who represent the world’s athletes.

Not only was he an Olympic gold medallist but he has an exemplary record in and out of the ring, conducting himself with dignity and distinction.

Outside of Muhammad Ali, I have not encountered a more articulate, intelligent or personable member of the fight fraternity.

He is fluent in four languages, has a PhD and could represent Kazakhstan, where he was born, Ukraine, where he was brought up and for whom he won his gold medal, Germany, where he forged his formidable pro career and now resides, or the United States where he also has a home in Los Angeles.

Klitschko has his own charitable foundation which supports the needs of schools, churches and children.

In 2002, he began to work for UNESCO, which covers a broad range of charities and programmes in many countries.

Unlike his equally accomplished elder brother Vitaly, 47, who is Mayor of Ukraine’s capital Kiev, he is not involved in politics and has time enough on his hands to pull no punches when swapping the boxing ring for the Olympic rings.

I believe he would be an invaluable and prestigious asset to the Olympic Movement, and who knows, maybe even a future President.

Over to you Mr Bach. Seconds out!