Like the scoring of the ringside judges, assessing boxing’s current best pound-for-pound protagonists is highly subjective and nothing is likely to provoke more debate among the fans, and even the fighters themselves. 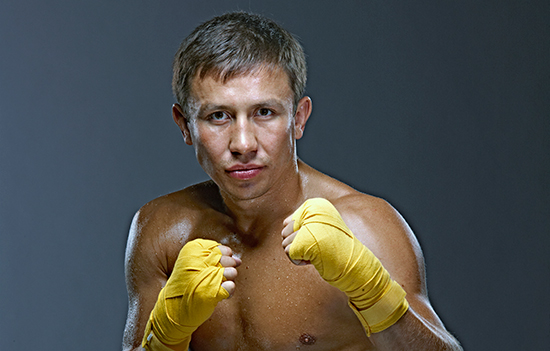 However there is no question in my mind that Gennady Golovkin is numero uno now that Floyd Mayweather has hung up his gloves (or so he says).

Golovkin is the complete antithesis of Mayweather. Like the Money Man the US-based Kazahk is undefeated but unlike him he takes risks in the ring, providing excitement for the fans and inflicting pain on the opposition. He hurts them even when he is not ready to knock them out.

Ask British opponents Matthew Macklin and Martin Murray, who will testify that his setup shots are as solid as his full-strength blows. Or Canada’s David Lemieux, whom he systematically dismantled last month to unify  the world 160lb title.

Even Mayweather declined to meet him, despite Golovkin offering to move down a weight division. ”We’re not in the business of fighting monsters,” declared fickle Floyd’s father and trainer Floyd snr.

He’s a colossus with clout, and a charmer outside the ring who has now made his home in California and speaks good English. He is also that rarity, a foreigner who can sell out Madison Square Garden Square Garden.

Triple G, as they call him, is pure brilliance and is surely among the all-time great modern middleweights, alongside Marvin Hagler and Carlos Monzon.

Golovkin is now set to meet the winner of the upcoming blockbuster between Puerto Rican Miguel Cotto and Mexican Saul Alvarez, whom, I rank at seven and eight respectively in a list which reflects the growing dominance of eastern Europeans and Latinos.

Oddly, Boxing News still continue to place Manny Pacquiao at number one in their latest rankings, no doubt because of his enduring proficiency across numerous weight divisions, but I feel his status was devalued by his loss to Mayweather.

Note that only two Americans are included, at numbers nine and ten, with no room for new WBC heavyweight champion Deontay Wilder, yet to, prove he can take it as well as dish it out.

On current form there could be a case for welterweight Timothy Bradley and featherweight Vasyl Lomachenko, both big winners at the weekend.

Britain now has eight world champions of various alphabetic affiliations but none have quite yet ascended to my elite list.

However James DeGale, the first Briton to convert Olympic gold to a pro world championship belt, at super-middleweight, is on the sub’s bench and may eventually make it – just as long as he steers well clear of Mr Golovkin.

For argument’s sake, here are my current top ten, and why: but don’t let’s start a fight over it!

1: GENNADY GOLOVKIN: With Floyd Mayweather ’retired’, the smiling assassin from Kazakhstan, undefeated in 34 middleweight bouts (31 k’os) is the world’s supreme fighting machine, restoring the left jab as a weapon of mass destruction.

2: WLADIMIR KLITSCHKO: Ukraine’s ‘Dr Steelhammer’ multi-lingual and multi-belted, is the second longest reigning heavyweight champion of all time (behind Joe Louis), bringing dignity, class and power to the division. 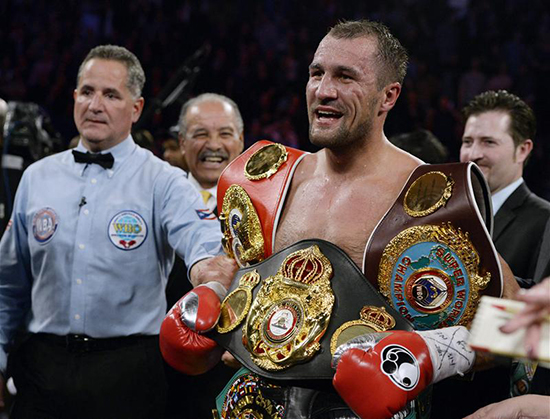 4: SERGEY KOVALEV: Another Beast from The East. Not for nothing is the ruthless Russian light-heavyweight called ‘Krusher,’ bludgeoning 25 of 28 opponents. His body punching is awesome. Ask Britain’s Nathan Cleverly.

5: MANNY PACQUIAO:   Despite losing to Mayweather in boxing’s $300 million mega-match, the politically ambitious Filipino’s record is unparalleled as boxing’s first and only eight-division world champion.

7: MIGUEL COTTO: The old maestro from Puerto Rico is one of the fight game’s most seasoned and successful pros. Many former opponents say the WBC middleweight champion is the hardest hitter they have faced.

9 ANDRE WARD: Amir Khan’s San Francisco stablemate, the last American to win Olympic gold (in 2004) has Carl Froch among his victims as world super-middleweight champion. He is now moving to light-heavy.

10: TERENCE CRAWFORD: Like Gennady Golovkin, the slick switch-hitting undefeated super-lightweight champion is making the jab fashionable again as he builds a huge following in home-town Omaha.

Further evidence that boxing’s appeal is broadening and that it is now one of the most progressive of major sports. Both Californian Crystina and Sheffield-born Charlie, bona fide journalists who have experience in covering several sports, clearly know their stuff when it comes to thrusting the mic and asking the right questions.

So I hope I am not being sexist when I say they looked – and sounded – pretty good.

Talking of professional performances the 73-year-old referee Mickey Vann was as sprightly as ever in handling bouts on the Dublin bill.

Because of his age he cannot work in the UK as he is over the Board of Control limit of 65 but his mental and physical agility is sharper than at least one frequently employed Star Class ref I could mention.

Surely a referee’s capability should be determined on ability, not age. One of the world’s finest, the late super-fit Arthur Mercante snr (who handled Ali v Frazier 1) was well into his eighties before he volunteered to be pensioned off.

Anyone wondering what Audley Harrison is up to these days? Seems he has made a bit of a comeback – not  in the boxing ring, thanks goodness,  but on the cricket pitch.

He is currently bowling them over with his left arm medium pacers in the Los Angeles Cricket League, which consists mainly of expats.  Apparently Piers Morgan was one of his recent victims.

At least they could empathise with each other, as Morgan is equally well acquainted with a well-delivered left hook, once being famously floored by a punch thrown by Jeremy Clarkson.

Never one to be abashed for long, Harrison posts this message in his website: “Now I’ve retired, many are asking what I’m going to do with myself…well, as a lifelong hustler and entrepreneur, I’m always looking for ways to expand my brain matter and launch the next big thing. 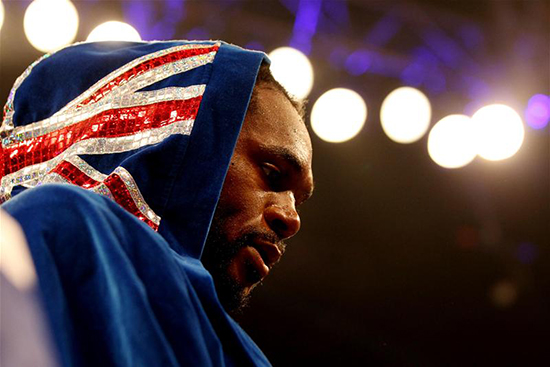 “Unfortunately, it will not be boxing related, as the business side burnt me out but, through a partnership with my wife (I co-own a hair salon and product line), I have seen an opportunity to disrupt the hair industry in the UK on a large scale. This innovation will be beneficial for stylists and clients alike, so I look forward to sharing more details with you soon.”

No wonder Chris Eubank jnr treated us to a rare smile last week. His meddlesome old man is picking up around £200,000 for disappearing into the jungle for “I’m a Celebrity”. So junior’s preparations for his December date with Spike O’Sullivan will be a dad-free zone. New trainer Adam Booth looked pretty pleased about it, too. Wonder why?

I’m a prisoner in my own body but I don’t have any pain. My mind is good. My speech maybe slurred but my mind is good

Anyone with opinions this extreme and intense should go and live in Saudi Arabia.