WHYTE SILENCE A DERILICTION OF DUTY – THE FRANK WARREN COLUMN 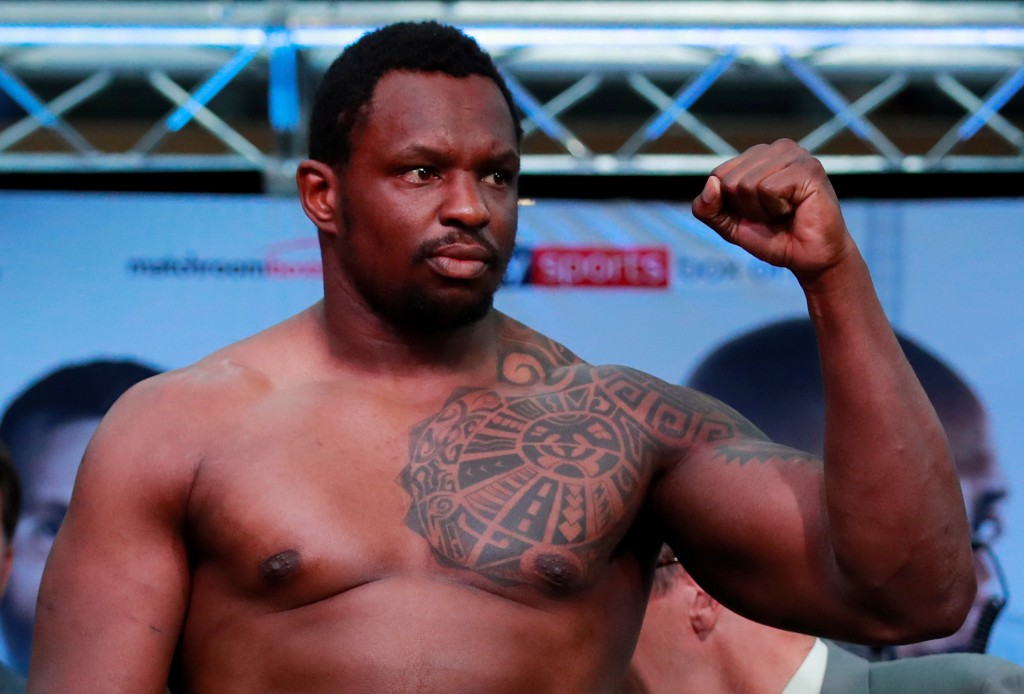 IT HAS BEEN a dreadful, tragic and desperately sad week for the sport of boxing.

The deaths of both Maxim Dadashev and Hugo Santillan provide a stark reminder, if any were needed, of the brutal landscape participants in this sport operate in. When tragedy occurs, soul-searching follows, before those involved in the game return to the genuinely held conviction that the positives of boxing heavily outweigh the mercifully rare negatives.

We then always speak of – and in most cases carry it out – continually striving to make the boxing ring as safe a place as it can be when blows are being traded.

This doesn’t appear to have been the uppermost concern when it came to the headline fight at a show that took place at the O2 in London last weekend that has resulted in a further doping scandal tarnishing the sport.

During fight week Dillian Whyte was informed of an adverse finding in a recent anti-doping test and nearly all concerned were made aware of this also. So Dillian knew, his promoter Eddie Hearn has admitted he knew and the British Boxing Board of Control and UKAD were obviously in the picture, as UKAD are exclusively appointed by the Board to handle all Anti-Doping matters under the World Anti-Doping Agency WADA protocol.

Normally, under these circumstances, a boxer is immediately suspended and is given seven days to respond. Of the two samples taken – A and B – the B sample is retained to be tested, at the request of the boxer at a later date if he refutes the findings in the A Sample.

In the meantime, press conferences continued with as if nothing had happened and they continued to sell the fight against Oscar Rivas to be broadcast on pay-per-view.

Strangely, most Athletes wait months to have a hearing, but on this occasion a hearing took place on the Saturday morning, which was kept secret, for reasons we don’t know. But, the one person this should not have been kept from is Oscar Rivas.

Everybody concerned had a duty of care to inform him of this situation. He was the one getting into the ring with someone who – nobody disputes this at the moment – had tested positive for a PED.

Ultimately, his life was on the line and questions needed to be asked, but neither he or his team were told. Had they been told they could have then made a decision over whether Rivas wanted to or should fight or not. If they required financial compensation, what the implications were if they withdrew from the fight and, most importantly, were the insurance policies in place and how were they affected? Were the insurance company informed? Would they cover a fighter who was taking PED’s or a fighter suffering injury or worse as a result?

Apparently, the WBC – who had their Interim title on the line – knew nothing about it, so why weren’t they informed as they go to great lengths to promote their own clean Boxing Program and would probably have pulled sanction.

I think it is outrageous that a fighter is allowed to step into the ring to take on someone with a doping cloud hanging over their head and be totally unaware of what is going on.

People might say I would say all this with being a rival promoter, but I have been in the sport a long time and this isn’t the first occasion where Matchroom have been guilty or been accused of dubious practice that could potentially put the safety of boxers at risk.

What we have got now is an about-turn from Hearn, in contrast to his reaction when Billy-Joe Saunders was deemed to have failed a VADA test for using a nasal decongestant whilst out-of-competition, which is permitted by UKAD. In the eyes of UKAD and the BBBofC Bill was an innocent party and had not broken any rule or violated the WADA code, but Hearn, when it suited him and his agenda, vocally supported the stance of the voluntary organisation and insisted everybody should know about it, resulting in Bill having to vacate his world title.

Now we have a cloak of secrecy thrown over the whole issue. Furthermore, what have the VADA tests come back with this time and why has it all been conducted in secret?

Two young men died this week so now, more than ever, there is the need for complete transparency. We need to know the results of the B sample as soon as possible for the integrity of sport. Throughout all this, nobody is saying there has not been a positive test here. That being the case what was he doing in the ring?

The man who was risking his life in opposition surely had the right to know all this and a duty of care has not been upheld. This is the essence of what boxing is about, the safety of boxers.

Regulation 9.8 of the BBBC’s regulations states… “The Board or Area Council shall have the power to prohibit any contest which in their opinion is not in the interests of boxing” irrespective of what happened at Saturday’s hearing how can they have allowed this fight to have gone ahead, it certainly wasn’t in the interests of boxing and more importantly it certainly wasn’t in Oscar Rivas’ health’s  best interest.

There are so many questions that need to be asked and there may well be valid answers to them, but we need to know and a wall of silence is in the interests of nobody.

Whatever way you want to look at it, surely no-one can dispute the fact that Rivas had a right to know what was going on. And nobody saw fit to tell him and for me that is immoral.

Has a dangerous precedent been set where we see boxers fighting whilst waiting for allegations of cheating to be either established or exonerated? I hope not, as a repeat of this mockery would have serious implications due to the very nature of the sport and God forbid anyone getting injured in the interim.

There are more important things in this sport of ours than making more money and the people involved in this scandal should be called to account and soon.