WILL CHUNKY RETURN TO THE SUPER MIDDLEWEIGHT THRONE? 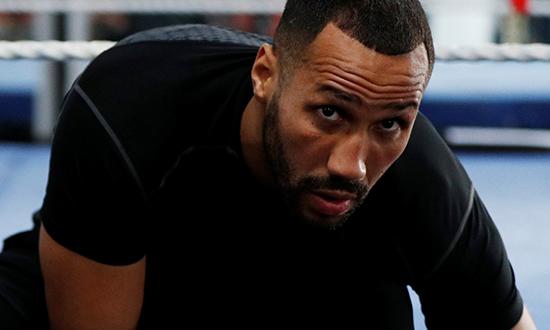 JAMES DEGALE VENTURES into away territory in his bid to retrieve his valuable lost property this weekend in Las Vegas and become a two-time world champion.

Live and exclusive on BoxNation, Chunky is seeking to avenge a defeat to Caleb Truax that was one of the major boxing shocks of 2017.

The 32-year-old DeGale needs to right a lot of wrongs from the December night at the Copper Box if the IBF world super middleweight title belt is to be accompanying him on his journey back to London.

The ‘experts’ described the first fight as an epic mismatch when it was first announced and James was something like 10-1 on when he got into the ring. He then fought like a 20-1 outsider and Truax seized his big moment and was the rightful winner on the night.

We can all have an off-night, but this time James has got to go out there and really impose himself from the off. He can’t just box off the backfoot, he must force the pace and win it.

I understand he has said himself that he will be left with nowhere to go if he can’t defeat Truax and I think this is true. He is also needs to make a statement that says to everyone that December was a blip. 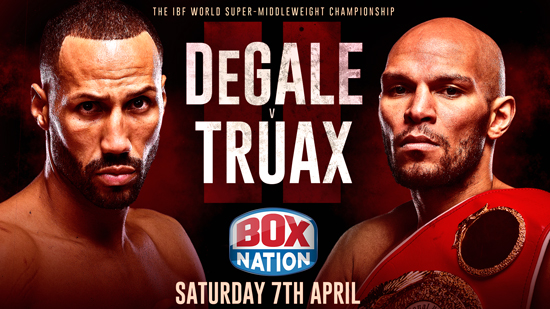 Sometimes James does have a habit of letting those middle rounds drift in fights. He has got to fight every round like it is the last round.

The shoulder surgery he underwent previously has been held up in some quarters as an excuse for the lacklustre performance first time around but, if it wasn’t right, he shouldn’t have been in there.

As I always say though, it is not defeats that define you, it is how you come back from them. I am sure the British public will get behind him in his comeback and I hope he does the business.

Congratulations to Anthony Joshua for the feat of adding the WBO world heavyweight title belt, previously owned by Joseph Parker, to the others already in his collection. There is only one belt to go now and it would be some achievement to unite the division. 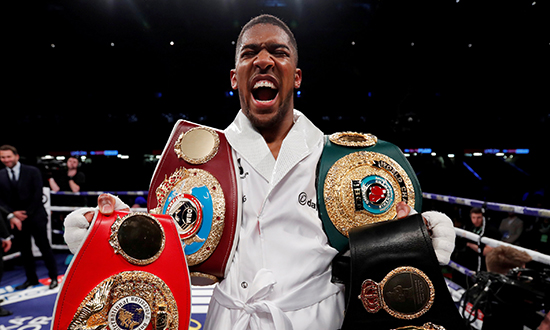 Sometimes I, along with many others, find his fights a bit of a hard listen. Nothing to do with big Josh, more the interminable cheerleading we are all forced to endure from Sky’s merry band of one-eyed commentators and pundits.

Unfortunately this is something we now have to live with because they are all making a lot of money from it and are not prepared to be objective.

It might well make some people doubt what they are actually watching, but I know what I watched. I watched a fight between Joshua and Parker that was pretty average, to be honest, as were most of the televised fights.

What I have also noticed is Sky’s pundits tend to say one thing in front of the Sky cameras and then completely change their opinions when they talk to other publications such as iFL TV – most notably Carl Froch.

The spectacle wasn’t helped in any way by the referee, who I thought was atrocious, an amateur who spoiled the fight. Although I am not saying it would have made any difference to the result because I don’t think it would have done.

I said last week in my Daily Star column that the fight would probably go to points.

Joshua has been in some exciting fights before, such as the one with Dillian Whyte and another with Wladimir Klitschko. This one certainly wasn’t exciting.

I like reading the reports from the other country involved due to the bias we tend to get over here. The New Zealand media just told it how it was and were truthful about it, calling it a very average fight and describing the threat of Parker exactly as it is, which is limited.

A big gentleman watching on from the North West wouldn’t have been losing any sleep over the prospect of taking on either man. Even with two years out I don’t think he would be troubled by that.

It is more and more noticeable with all the banging on about Deontay Wilder that nobody is talking about Tyson Fury. I don’t understand why because he is the one who never lost and whose titles they are all fighting for.

For me, he is head and shoulders above the rest and a far superior operator, even though he has still got it all to prove again.

Could you see Joshua controlling Tyson like he did Parker? I can’t see it. He would jab him silly.

In fairness to him, Joshua did mention Tyson in his post-fight interview and it is becoming more and more obvious that AJ is about the only sane one there!