So, is it finally adieu to the Pacman? Or simply au revoir?

It was good to see Manny Pacquiao get it together for what he assures us was one last fling with an emphatic win rather than a whimper in the last of his trilogy with Timothy Bradley in Las Vegas last weekend. 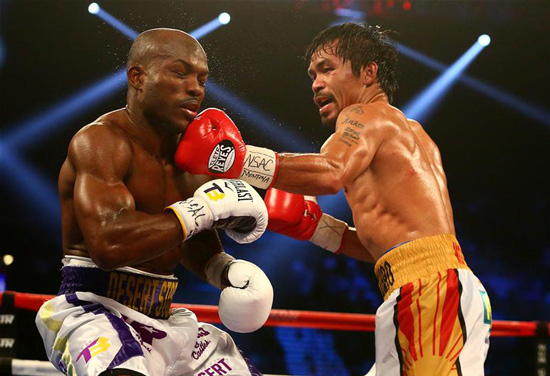 A fitting way for one of the world’s supreme ring artists to bow out – if indeed this proves to be his final curtain.

He insists he is hanging up his gloves to concentrate on running for political office in his native Philippines, with the ultimate aim of the presidency.

Well, good luck with that one. No doubt he’ll find the in-fighting in the political arena far more vicious than anything he has encountered in the ring these past 21 years.

A shame, though, that his valedictory appearance was tainted by the stupid remarks he made recently about homosexuality.

He isn’t the first prominent sports figure to suffer from foot-in-mouth disease and I doubt he’ll be then last.

It has unquestionably harmed him internationally though it seems the adoring Filipinos don’t seem to care one jot as what he said apparently is in line with certain thinking in the Catholic church which has strong elements in the Philippines.

Even though he says he will never fight again, you can’t be sure he won’t renege on this. In boxing you quickly learn never to say never.

The oldest adage is that they always come back.

But that ain’t necessarily so. Lennox Lewis, Joe Calzaghe and Naseem Hamed are among the fistic luminaries who have stuck to their vow to stay retired, as so far, have Floyd Mayweather jnr and Carl Froch.

The trouble is when you have been drinking the celebrity juice most of your life you miss the glitz, the glamour and the roar of the crowd. Not to mention the cash. Ask Frank Bruno. Or a whole host of fighters who suffered from itchy gloves syndrome.

It may be that Pacquiao has enough to occupy him politically to forget the fight game. We shall see. 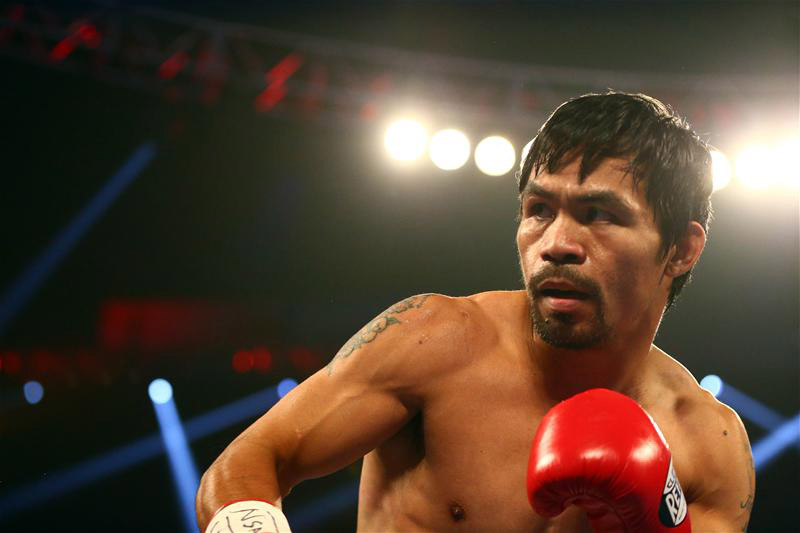 But I would not bet against him doing a Sinatra and seeking a ring reprise if the mood takes him, especially is there is a sniff of more mega bucks in the air for a return with Mayweather.

And he has already admitted he is tempted the thought of taking part in the Olympic Games in Rio, should professional boxers be admitted, a move that if allowed, would be quite scandalous as well as highly dangerous.

Pacquiao’s US promoter Bob Arum says he wouldn’t be surprised if he fought again.

He says: ‘He is likely to just call it a day right now, I’d say there’s a good chance he’s walking away … but would I be shocked if he said he wanted to fight again? No.“

Me neither. Let’s just hope it is not question of Manny unhappy returns…