WILLIAMS: “A BRITISH TITLE SHOT THIS YEAR WOULD BE AMAZING” 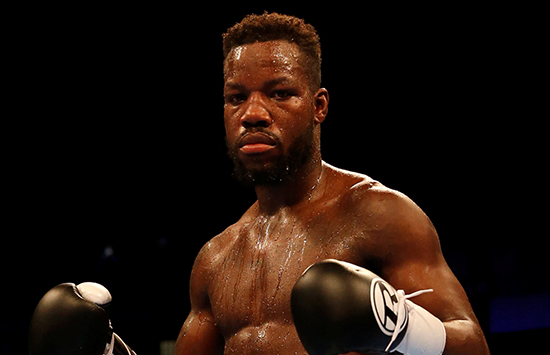 After a brief flirtation with retirement last year, smouldering south London Super-Middleweight Darryll Williams resumes his career at London’s O2 Arena on April 14th with an English title defence against unbeaten Brummie Lennox Clarke in a scheduled 10 rounder that reeks of raw violence.

Though undefeated in 16, the menacing, muscle ripped firebrand grew despondent with a perceived lack of opportunities following back-to-back English title wins over Leicester’s Jahmaine Smyle and, lacking the fiscal resources required to continue his adventure training beneath former two-weight World Champion Ricky Hatton in Manchester, ‘’Ferocious’ from Forest Hill declared himself an ex-fighter.

‘There were a number of personal things going on in my life,’ says the deceptively soft spoken 28 year old.

‘My grandmother died, I had a few problems with my partner and there wasn’t any talk of future fights, despite my two exciting wins over Jahmaine.

‘I became very disillusioned, lost my drive and desire. I even began a course as an electrician. But (manager) Mickey Helliett wouldn’t leave me alone, kept telling me I was on the cusp of big things. He set up a meeting with Frank Warren who apologised for how things had gone and insisted he wanted to put me on the big shows. It’s thanks to him that I’m coming back.’

All-action Williams stormed to national attention last April when, hindered by chasms to both eyes, he steamrolled ‘Smasher’ Smyle over 10 epic rounds, in the latter’s home city of Leicester, in a 2017 Fight of the Year contender.

Williams then repeated the trick three months after, registering a majority decision over the same duration at The Copper Box Arena in Hackney.

‘To be honest, I didn’t really like my performance in the Smyle rematch. No one’s fault but mine. I was only at Ricky Hatton’s (gym) for about six weeks and I was really surprised with how technical the training was. There was too much to take in, in such a short time,’ disclosed Darryll.

‘Still, I thought I deserved the decision. Jahmaine just didn’t do enough. This is professional boxing. You can’t just jab and run away. He didn’t actually FIGHT at any time.’

Latterly, Williams has re-located to Swansea to renew acquaintance with coach David John, a native Welshman who first initiated the then 18 year old street thug in the nuances of the Noble Art at the Double Jab ABC in New Cross.

‘Dave understands what makes me tick better than anybody and he’s set up a sponsorship deal for me. I’m happy again,’ says Williams who has been dormant for nine months as he enters the stiffest test of his six year pro career.

‘I doubt the inactivity will be much of an issue. I was out for almost 11 months before the first scrap with Jahmaine yet delivered one of the Fights of the Year.

‘And I’ve had some quality sparring with James DeGale and a decent Light-Heavyweight from Chris Sanigar’s gym. I’m already doing 10 rounders, very early in my camp. I’m also trying to sort something with (Current British Light-Heavy king) Frank Buglioni. For this fight, I need to work with strong, heavier guys.’

Protagonist Clarke, 26, is yet to lose in 17 (one draw), brimming with ambition and goads that the champ is simply keeping the belt warm for him. However, warmonger Williams, never one to back down when verbal slingshots are thrown, claims the Midlander is nothing more than a doormat to be trodden on as he charges to the more meaningful titles.

‘After I’ve busted up Clarke, I’ll fight whoever’s out there,’ warns Williams who has a young daughter to support.

‘DeGale, (George) Groves and Callum Smith are at World level but then you’ve got Eubank Jr, Rocky Fielding, John Ryder, Jamie Cox and Zack Parker and I would never back down from a fight with any of them.

‘I sparred Eubank Jr a long time ago when I’d had just a handful of fights and didn’t rate him then. He struggled with my aggression, didn’t want to spar. Quite a few are starting to mention (Swadlincote’s 15-0, 11 early endings) Zack Parker and me. He’s a strong guy but when they feel my pressure, they realise it’s not that simple to repel me.

‘Hopefully I can fight continually and excel from here. After I’ve come through Lennox, I don’t want to fight for the English again. It’s time to move ahead. A British title fight this year would be amazing, as would any Inter-Continental shot. I just need to know that all the hard work is paying off.’