WILLIAMS CALLS THE SHOTS IN CARDIFF

Our sojourn over the Severn Bridge on Saturday night proved a successful one and also demonstrated clearly the hearty appetite for big time boxing in South Wales.

There was barely a ticket going begging at the Ice Arena, an impressive new venue with excellent sightlines for the fans, and certainly atmospheric, with a real din being created for the ferocious ding-dong between Liam Williams and Gary Corcoran in the final fight of the night.

The home favourite prevailed in a pretty emphatic fashion in the end, with the power of Williams eventually taking its toll on the defences of Corcoran in the 11th round. Gary is as game as they come and he will definitely come again. As I stressed beforehand, it is not the end of the road for the loser when fighters step up to the plate and sign up for a risky assignment.

It was a thrilling, close run thing for much of the contest and a nasty cut to the eye of the Wembley man probably did alter the dynamic of the fight.  These two will keep progressing I am sure and, when the time is right, I am sure no-one would object to seeing them go at it again.

In Liam we have a star in the making on our hands. He is an incredibly popular individual who did more than his bit in making the show such a success and his appeal comes from being a brutal banger who can also box a bit. He punches like Colin Jones, has an engine and determination like Joe Calzaghe. I believe he will emulate them, Enzo Maccarinelli and Steve Robinson in going all the way, he certainly has the attitude and tools to do it.

His star will continue to rise under the guidance of his excellent trainer Gary Lockett and I guarantee there are many more big nights in Wales to come. Unfortunately, our immediate plans for Liam have to be put on the back burner for a short while due to him also sustaining a cut that will take a little while to heal up.

That is the nature of the business, I’m afraid, you always have to be ready to juggle the balls in this game but, mark my words, there are big plans in the pipeline for Liam.

Another who will have to endure an enforced break from the ring is young Jazza Dickens, who ended his night in the local hospital having his jaw put back in place after being on the receiving end of a chopping left from Guillermo Rigondeaux. 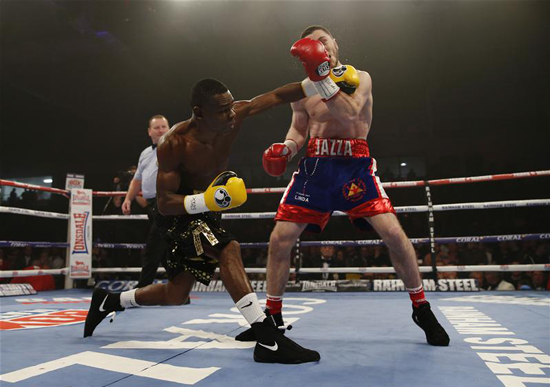 It was heartbreaking for Jazza being forced to retire on his stool at the end of the second round, although if it was down to him he would have carried on. There wasn’t much in up to that point and the Liverpool lad was giving a good account of himself against a world great. It was shaping up to becoming a fascinating fight and it is a great shame we didn’t get to see how the tactical tussle would have unfolded.

I have to say I was so impressed with Jazza. He was up against one of the pound-for-pound elite and was completely unfazed by any of it and truly believed he had the beating of Rigondeaux. You have to take your hat off to him for backing himself and stepping up, something one or two other British fighters at the weight should look at emulating.

It was short and not so sweet for Jazza, but he has got what it takes to come again and I strongly suspect this won’t be a first and last visit from Rigo to these shores.

Terry Flanagan made hard work of it in overcoming the veteran challenger Mzonke Fana in his third defence of his WBO world lightweight title. 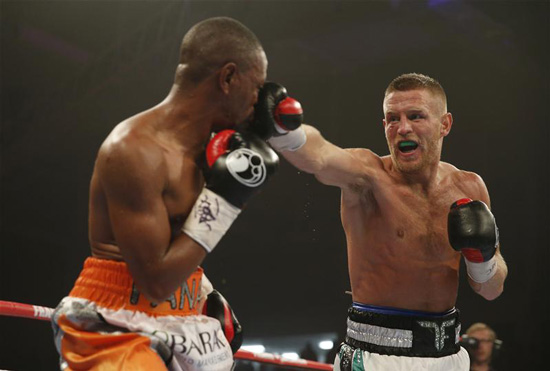 I feel he was a victim of circumstances brought about by the uncertainty over whether the match would go ahead following the postponement of the Fury-Klitschko card set for the previous week in Manchester.

It took 10 days before we were able to confirm that we could slot him onto the Cardiff card and his preparations probably lost some momentum. His trainer Steve Maylett was telling me how sharp and focused he was looking in training, so it was unfortunate he ended up being a bit flat on the night.

I think he probably underestimated the durability of his opponent and went in there thinking he would blow him away. Terry now needs the incentive and motivation of a real tall order and that is what we are looking to secure for him.

We are in talks with the team of WBC champion Dejan Zlaticanin over a unification for the later in the year and that would be one for Terry to really get his teeth into where he can prove what we all believe, that he is the best lightweight in the business.