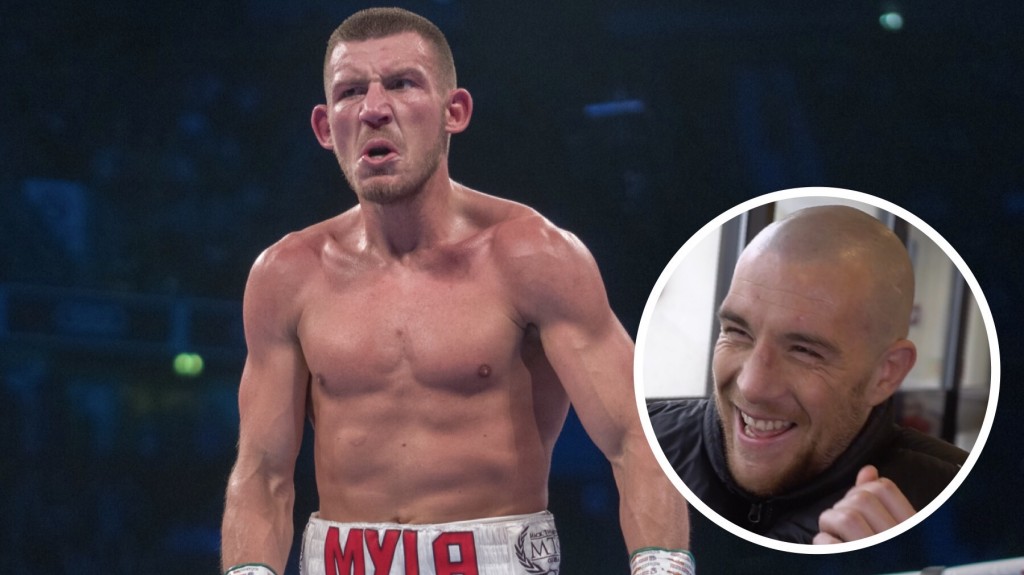 LIAM WILLIAMS has ripped into big fight rival Joe Mullender telling him: “You can’t punch and you’ve got no skills.”

Williams makes the first defence of his British Middleweight crown against the Essex man at London’s Royal Albert Hall on Friday March 8.

Mullender has earned a reputation as one of boxing’s tough men, but the Welshman who beat Mark Heffron in December to become British champion roared: “That’s not enough.

“He has fought no one, he can’t punch, he has got no skill. He is just very fit and tough.

”I am going to beat him. It’s not going to be pretty. He is going to come for a rough and tough fight. I don’t think it is going to work well for him.”

Mullender believes aggression that has served him well in his career will be a shock to the system for Williams, and the key to causing a big upset in the BT Sport televised fight.

Williams added: “Joe is a pressure fighter, but I don’t think he will be so keen on that once I start landing.

“Maybe he is as tough as he says and can keep going forward. Boxing isn’t just about going forward and taking three shots to land one.

“If he was a massive puncher, then yeah you can try that, but he isn’t a big puncher.

He isn’t going to see the final bell.

“He is daring me to try and stop him. He can say what he wants, but he is kidding himself.

“I am just going to keep putting pressure on him and break him down. He is trying to convince himself.”

Williams is now settled at his Sheffield training base under Dominic Ingle where he trains alongside Nicola Adams, Willy Hutchinson, Billy Joe Saunders and Kid Galahad who is soon to challenge IBF Featherweight champion Josh Warrington on a Frank Warren bill.

He is close to all his gym-mates, particularly Hutchinson who he shares a flat with in the Steel City.

Williams says: “I spend a bit of time with Billy Joe and Kid Galahad. Recently Willy moved into a flat with me.

“Willy is a bit messy and leaves plates so I have to tidy up, but he is only 20.

“I am like the Dad of the house. I’m usually the child when I’m back home because my Mum does everything for me, but it is me running round after Willy here.

“Life is really good. I’m just plugging away, working hard and making sure I am bang on. I’m just counting down the days to the fight.”

Elsewhere on the show, Anthony Yarde will defend his WBO Intercontinental title against Baltimore’s Travis Reeves. Daniel Dubois follows in the footsteps of British heavyweight greats to fight at the historic venue and takes on Razvan Cojanu in his tenth fight. Johnny Garton makes the first defence of his British Welterweight title against Chris Jenkins. Lucien Reid will fight Indi Sangha in what will be his toughest test to date, while Flyweight Harvey Horn, Middleweight puncher Denzel Bentley and Cruiserweight talent James Branch feature.