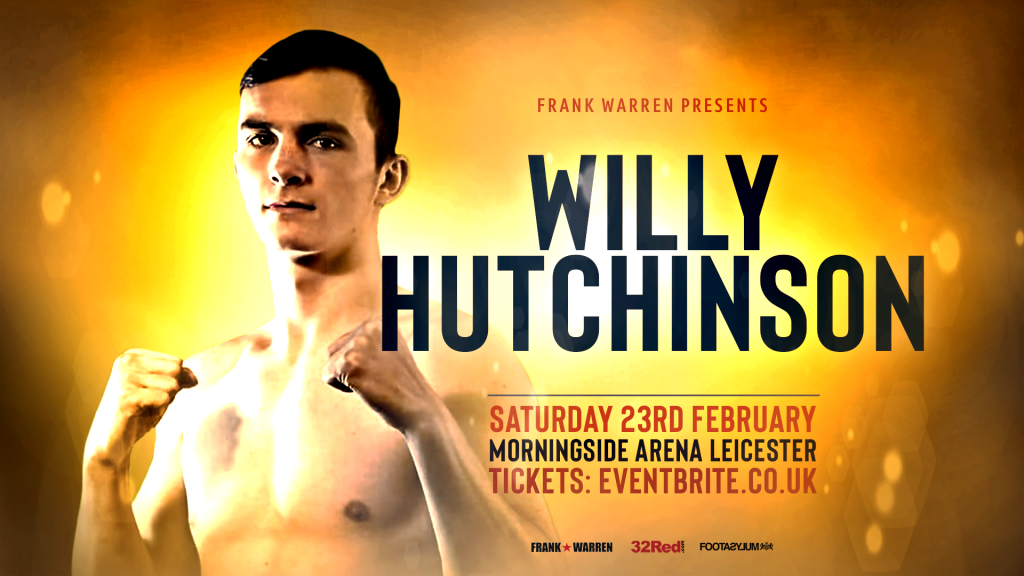 WILLY HUTCHINSON bids to make it a ‘Magnificent 7’ as a professional next month, but insists it is just the beginning.

“The Hutch Train” stops at Leicester’s Morningside Arena on Saturday February 23 determined not to be derailed by any of his rivals.

He says: “I know that people are saying; ‘I am going to be this and be that’, but you can’t take it as gospel because one shot and it goes wrong.

“I just have to stay focused and keep my eyes on what I do, but being a three-weight world champion would do me.

“If I can ever get to world level, I would like my first world title to be at super-middleweight, then move up to light-heavyweight and when I am older become a cruiserweight.

“I just have to wait and see what weight I grow into and although some fights have been at light-heavyweight I can do super-middleweight.

“I haven’t got a dream to beat any particular fighter. I just have a dream to be a three-weight world champion.

“I want big titles eventually, but I don’t expect anything. Who knows what can happen? I’ve just got to keep my feet grounded and take my time.”

He said: “It is unbelievable being trained by Dominic Ingle and especially being around characters like Jake Ball, Billy Joe Saunders, Jason Quigley and Liam Williams.

“They are great people. We push each other on and it is amazing to even be here.

“Billy Joe shows us all different little things and it is an honour watch him train and see what he can do.

“I try and copy him. He is one of the very best in the world and a privilege to be around him.  If he keeps his mind focused he will get his world title back, no problem.

“I can’t wait to get the year started and the ball rolling in Leicester. It should be a great year ahead.”