Win or lose against Rigo, Jazza is set to make a name for himself

Even I was surprised at the alacrity with which James ‘Jazza’ Dickens accepted my offer for him to meet one of boxing’s all-time greats, the wily Cuban maestro Guillermo Rigondeaux in Liverpool on March 12. 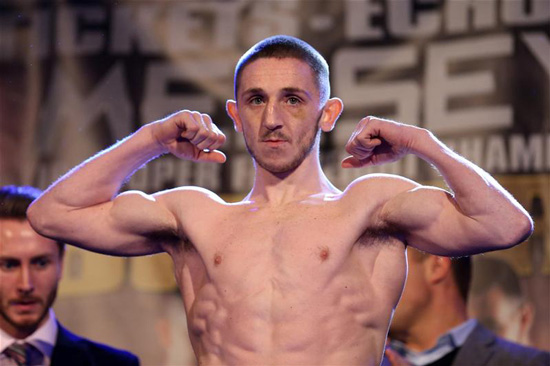 After almost snatching my hand off, he told me this was the sort of fight he’d been dreaming about all his life and he intends to take it with both fists, even though the odds seem stacked against him.

The 24-year-old Merseysider, whose only defeat in 22 contests was to Kid Galahad, currently suspended after failing a drugs test, firmly believes he can pull off a similar shock.

“This will be my Rocky moment” he vows. ”It is what I am in the game for. I am putting everything on the line for this fight.”

I applaud his attitude. And so does Rigondeaux, who told the media this week that the decade-younger British super-bantamweight champion “has got guts to step into the ring with me.” As he pointed out, this is more than either Carl Frampton or Scott Quigg have been prepared to do.

There’s certainly no doubting Jazza’s bravado. He’s a really likeable lad, the sort of character who does boxing proud.

He speaks in broad Scouse but what he says is constructive, entertaining and sensible.

I really wish him luck in what he genuinely believes could be a show-stealing fight on our action-packed Tale of Two Cities bill featuring the WBO lightweight title scrap at the Echo Arena between Manchester’s Terry Flanagan and Liverpool’s Derry Mathews, televised live on BoxNation.

Win or lose, this fight could be the making of ballsy Jazza.